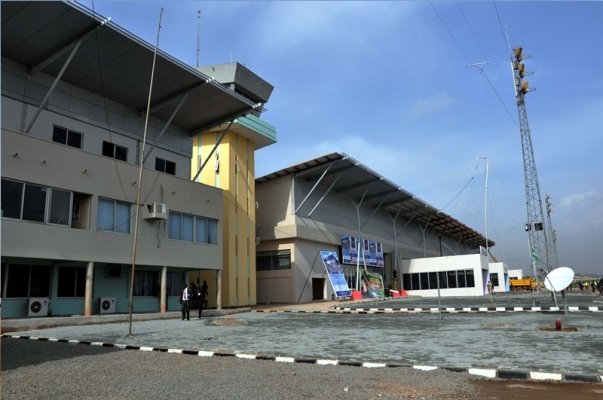 Akanu Ibiam International Airport Enugu is one of the five international Airports in Nigeria and the only airport serving Enugu city and nearby cities, such as Onitsha, Nnewi, Awka, Abakaliki, Nsukka, Okigwe, Afikpo, Ugep, Orlu, Idah, Otukpo and Ogoja.

Akanu Ibiam International Airport is a public airport. The airport became very functional in 2010 after major construction, renovation and expansion work was carried out.

There are multiple local airlines operating at the Enugu Airport and just one international Airline. They are as follows:

This is a public airline owned by the Aero Contractors Company. It operates locally in Enugu. Its destination is usually from Enugu to Lagos.

This is another popular airline that operates in Enugu Airport. Air Peace unlike Aero Contractors is a private owned airline. This airline flies locally from Enugu to destinations like Abuja and Lagos.

Airk Air was founded in 2002. Arik Air is one of the cheapest local Airlines in Enugu. Their destinations includes from Enugu to Abuja and from Enugu to Lagos. Tickets can be booked online or in person at their Enugu City Office at No 109 Chime Avenue New Heaven Enugu.

Med-View Airline was founded in 2007 as a charter airline and was offered domestic passenger service in 2012. This airline only operates locally due to the ban placed on them by the European Union. Their destinations includes from Enugu to Lagos and also from Enugu to Portharcourt.

They have varied international destinations from Enugu Airport. Flight tickets can be booked online or gotten in person at their Enugu City Office, Polo Park Mall, Abakaliki road, Enugu state.