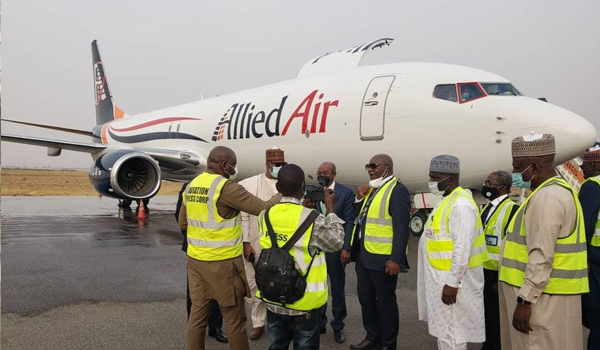 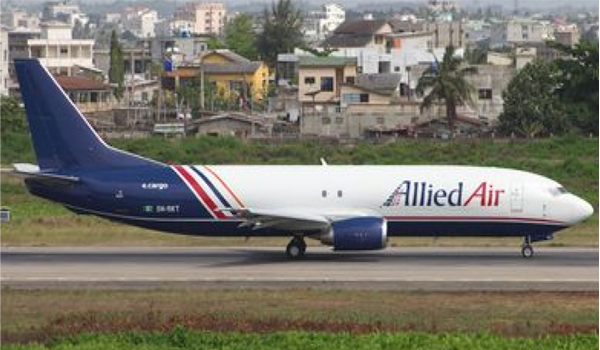 The airline said the aircraft is worth about N8 billion. It is the first for the cargo airline in Africa. The airline added that the freighter (MSN 36846) is the youngest 737-800 in the world that has been converted to-date. Allied Air

Allied Air also said the aircraft would be deployed for COVID-19 vaccines distribution across Nigeria as one of its first missions, saying the equipment is fitted with temperature controlled facilities so that it would be able to deliver medical supplies effectively.

The aircraft acquisition was reported to have been financed through the Central Bank of Nigeria’s (CBN) intervention fund but structured and delivered by the Access Bank Plc. Allied Air

It was also welcomed with water canon ceremony at the Nnamdi Azikiwe International Airport, Abuja.

Speaking at a brief ceremony held at the Abuja Airport, Tongo said the aircraft would be deployed for COVID-19 vaccine distribution. He confirmed that the freighter (MSN 36846) is the youngest 737-800 in the world converted to freighter to-date.

In his comments, Emefiele said: The aircraft is funded through the intervention fund of the CBN, but accessed via Access Bank.
“Only about three weeks ago, the Aviation Minister commissioned another aircraft for Air Peace. What does that mean, with the hard work, the Nigerian aviation sector is opening up more and more and investments are coming in,” he added.

He called on other investors to invest in the aviation sector, assuring that the CBN and the Nigerian banks are ready to support them. 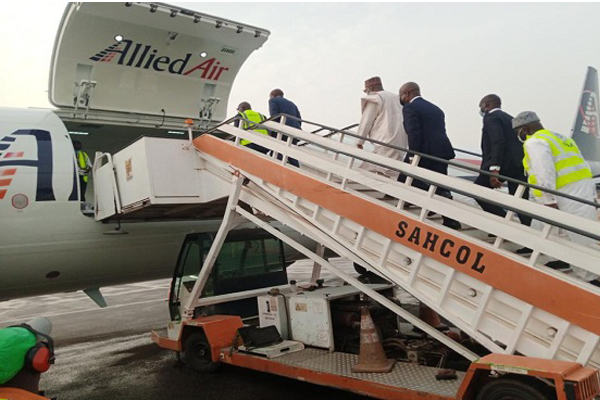 The minister said at the event that the, “aircraft will be dedicated to cargo and the distribution of COVID-19 vaccines. Before the vaccines arrive, the cargo shade would be ready and the aircraft is also ready for distribution.”

Just like the CBN Governor, he tasked other operators to invest in the aviation industry. This is so that it could double its contribution to the GDP to five per cent or N450 billion annually.