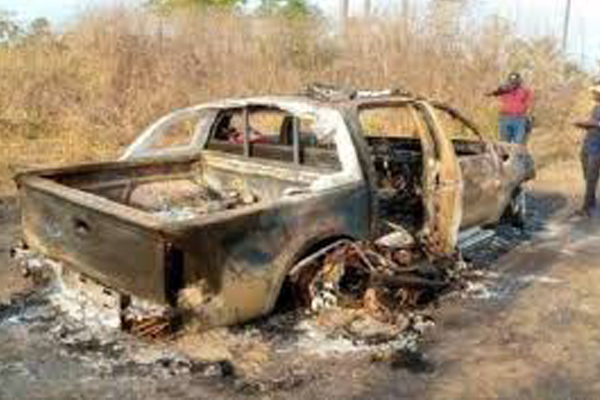 Four suspected arsonists have been arrested for setting on fire the operational vehicle and motorcycles of the Ondo state security outfit codenamed Amotekun.

The suspects also set a village ablaze at Jugbere farm settlement/Sanusi village in Owo council area of the state .

Recall that two persons, a farmer and a member of the vigilante group in the state, were murdered. They were killed by suspected herdsmen in Owo area of the state. Operational Vehicle

Acting on a tip-off, the Amotekun personnel stormed the farm settlement to rescue the abducted. However, the herdsmen took to their heels after killing the two victims and setting ablaze the village, the operation vehicle and motorcycles. These vehicles were parked in the village by the Amotekun rescued team.

Addressing newsmen in Akure, the state commander of Amotekun, Chief Adetunji Adeleye denied that his men were killed during the operation and that one of his operative Sesan Adebayo was missing after the Owo operation. Operational Vehicle

The two persons killed according to him had been killed before the arrival of Amotekun at the community. According to him, the four suspects arrested were linked with the killing of the farmer and a member of the vigilante group in Ago Sanusi along Ute Road in Owo.

The commander who noted that those arrested were not herdsmen maintained that the armed herders in the forest took to their heels on sighting his men “We didn’t arrest any herder in Owo. The people arrested were people we suspected were connected to the arson. However, we’ll look at it as murder and arson as well as wantom destruction of property. We arrest four within the first one hour of the incident there.

“On the issue of arrest, we arrested a number of suspects that are directly connected from the preliminary investigations with either kidnapping, illegal mining, armed robbery in the farmland and farm destruction. Operational Vehicle

“We’re working on that and in the appropriate time, they will be handed over to the relevant security agencies.They will be further investigated and prosecuted where necessary.” Operational Vehicle

Adeleye said that the coordinator of the operation in Owo, Sesan Adebayo was neither kidnapped nor missing as speculated in the media. “In one of the operations that we’re involved in, it’s alleged that so many members of the Ondo State Security Network Agency, Amotekun Corps were killed. ” I want to say that not a single soul out of the ones I recruited died at any point in time. And specifically on the Owo Ute incident, no single member of the corps or officer died during this particular operation. 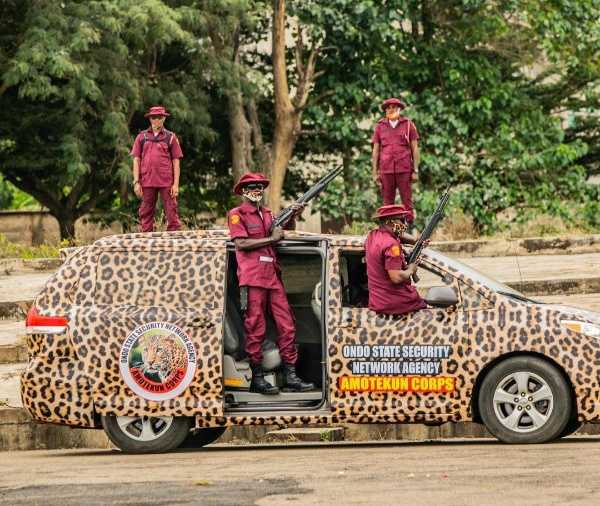 “There was actually no crossfire between the herdsmen and Amotekun Corps. “We’re invited into a crime zone. There was a distress call that made our men move into the forest reserve. On getting there, we parked our vehicle at a nearby village. We had to trek into the forest to areas where they were troubles. Operational Vehicle

“By the time we got there, we found out that a farmer and a vigilante member had been killed. We also found out that there were lots of distractions of farmlands around the place.

“A couple of days before, we went on an operation to review the nefarious activities going on in the forest.

“So, the area where the crisis actually happened was predominantly occupied by the workers of this dastardly act. What I mean by that is some of them are either working as kidnappers or working as illegal miners. A good number of them also had their cattle destroying the farm settlement and the farm around. Operational Vehicle

“In the cause of the quarrel, they went to a nearby village and even set it ablaze. They also set our vehicle on fire. They happened to be parked around that same village which they set ablaze. 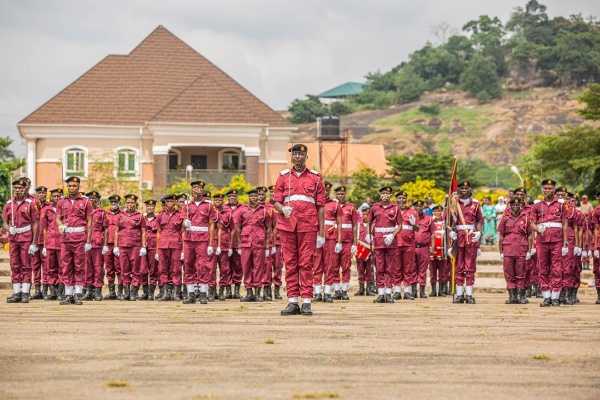 “This was exactly what happened and that operation was led by me and supervised my coordinator for Owo Local Government.

” This is the same person that had been alleged to have been killed or missing. His name is Sesan Adebayo. Not one of his boys was killed. Not one of the boys that left the headquarters with me died. Operational Vehicle

Ganduje To Build 3-Layer Interchange In Kano, To Name It After Buhari