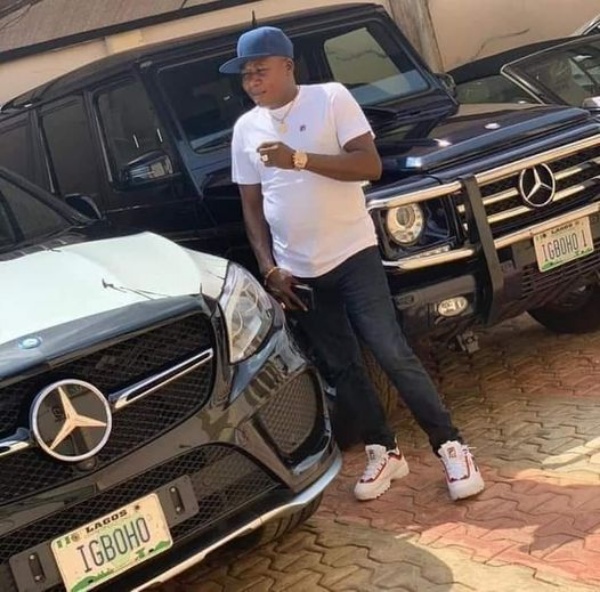 Sunday Igboho: Bola Tinubu gave me N2m to fuel my car in 2009

Chief Sunday Adeyemo, better known as Sunday Igboho, has described Babafemi Ojudu as a liar after Ojudu said the Yoruba activist and warlord had a meeting with Bola Tinubu over the 2009 rerun election in Ekiti state.

Ojudu, the special adviser to President Muhammadu Buhari, had claimed that Igboho had a meeting with him and Bola Tinubu over the 2009 rerun election in Ekiti state.

Denying the claim in a live Facebook interview with journalist and former presidential candidate, Dele Momodu, Igboho however said he only met the Tinubu once.

He said the only time he met Tinubu was at his Bourdillion residence in Lagos when the APC leader invited him to seek his support against the Peoples Democratic Party (PDP) in the 2009 Ondo election.

Igboho also revealed that Tinubu gave him N2 million to fuel his car when he was departing. He added that he did not meet him on any other occasion after that.

“When I was hustling I had a company for about fifteen years ago, a company that sells cars. I started buying cars from Cotonou, then started buying from Germany, America, London; I travelled around to bring them,” Igboho said.

“Any politician that said he gave me money should come out and swear with his child.

“Tinubu is alive, ask him if I collected money from him. Yes, I have seen him before. It was the time to vote for Mimiko in Ondo. I supported Mimiko’s opponent and they called senator Ladoja. Ladajo called me and said Tinubu wanted to see me and I should do whatever he wants.

“My number was given to Tinubu and he called me. I went to see him in Bourdillon. He asked me if Ladoja has explained the election in Ondo to me. He said he hoped I was aware of how much people had suffered under PDP’s administration in the state.

“And he told me that the election in Ondo, if Ladoja has explained to me, I should not support PDP and that they need to suffer for how they treated the people. And I told him whatever he wants and I left.

“To be sincere, he gave me N2million to buy fuel [for] my car. You can interview and ask him. He said if I love Ladoja, I should know how much PDP dealt with us, so I should leave the party. We had left PDP then, to Accord party.”

FG To Totally Shutdown Third Mainland Bridge For Another 3 Days

Driver Arrested After Knocking Down And Killing LASTMA Official In Ketu