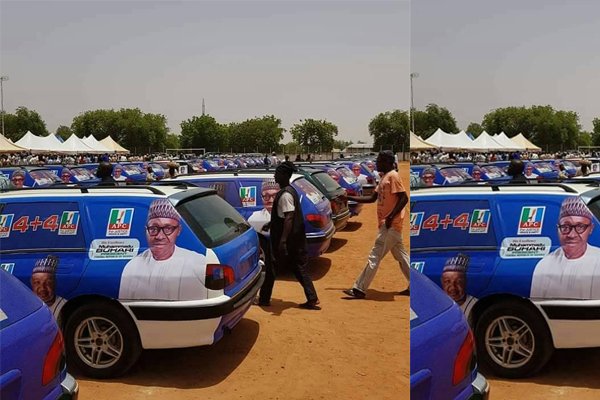 About124 vehicles were donated by the Kebbi State chapter to of the All Progressives Congress (APC) towards the 2019 re-election campaign of President Mohammadu Buhari. The vehicles were reported to be the largess of some influential members of the party in Kebbi state.

The largess was made public during the inauguration of the state executive council of Buhari/Bagudu 4+4 2019 supporters’ organization in Birnin Kebbi.

Those who donated the cars include Senator Adamu Aliero who gave six cars; Secretary to the State Government, five cars; Bello Bagudu 12 cars and all the commissioners in the stated donated a car each to the party. 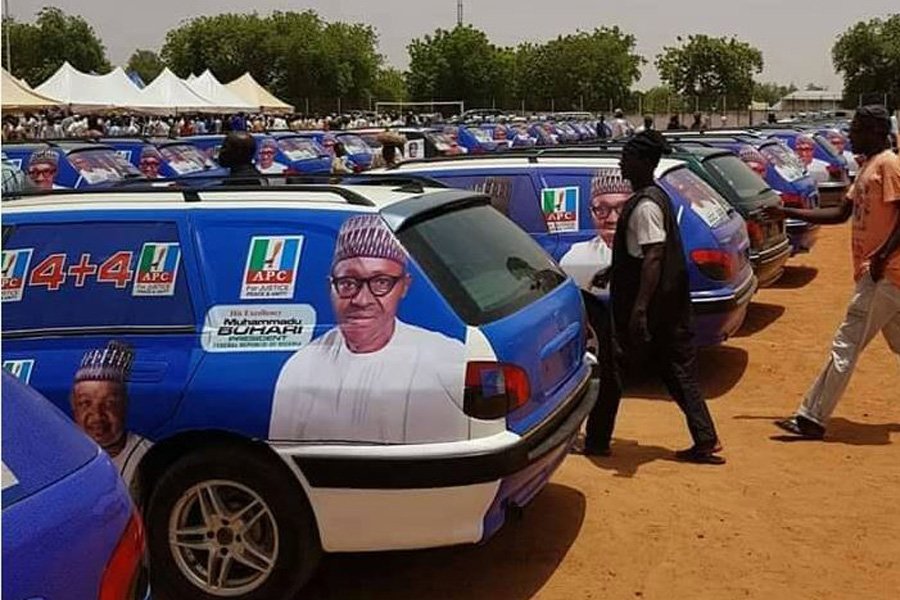 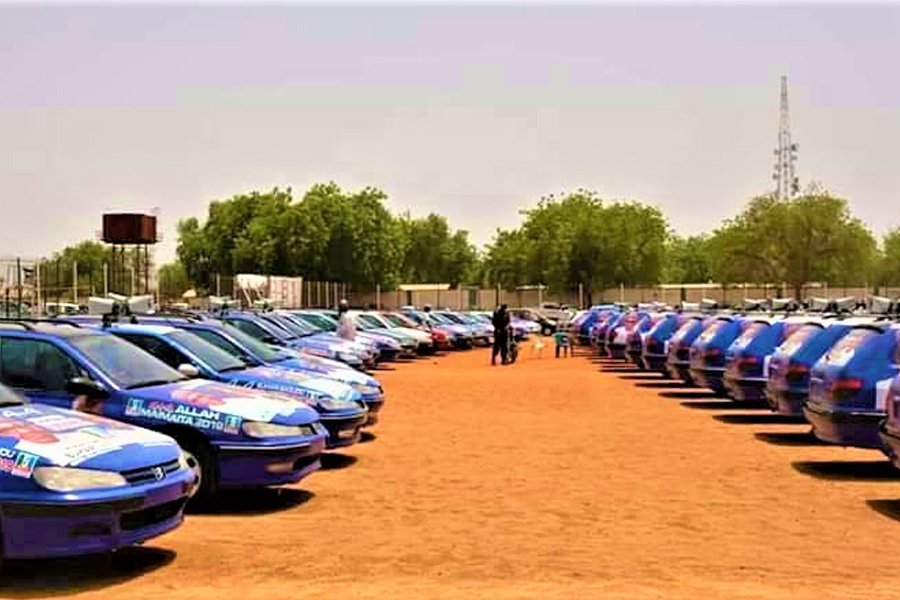