Shares jumped 40%, from 35p to 50p, on Tuesday after Palmer’s departure was announced. 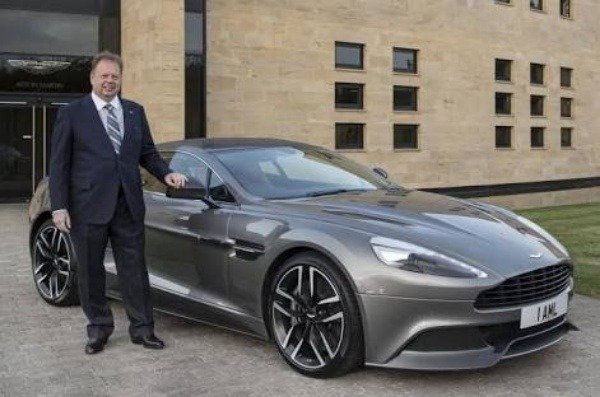 Palmer, 56, has led the British firm since 2014, serving as both president and chief executive officer.

The sacking follows a collapse in its share price and a slump in sales because of the coronavirus pandemic.

Palmer will be replaced by Mercedes-AMG chief, Tobias Moers. Moers will join Aston Martin on 1 August from the German carmaker’s high-performance division.

Aston Martin’s shares jumped 40% to 50p on Tuesday after Palmer’s departure was announced.

Aston Martin is best known as the maker of James Bond’s cars. The company came close to collapsing for the eighth time in its 107-year history.

It’s share price collapsed from its £19 float price in October 2018 to just 35p on Friday. This gave Aston Martin a market value of about £540m, compared with £4bn when it floated.

Billionaire Lawrence Stroll, who became the executive chair of Aston Martin after leading a £536m rescue deal in March, said:

“The board has determined that now is the time for new leadership to deliver our plans. On behalf of the board, I would like to thank Andy for his hard work, personal commitment and dedication to Aston Martin Lagonda since 2014.”

10 Oldest Airlines In The World