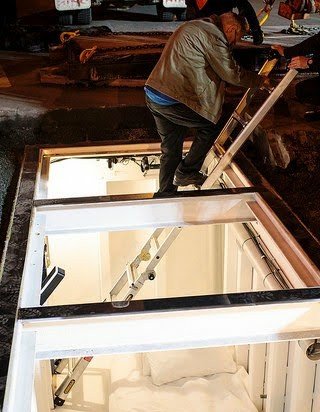 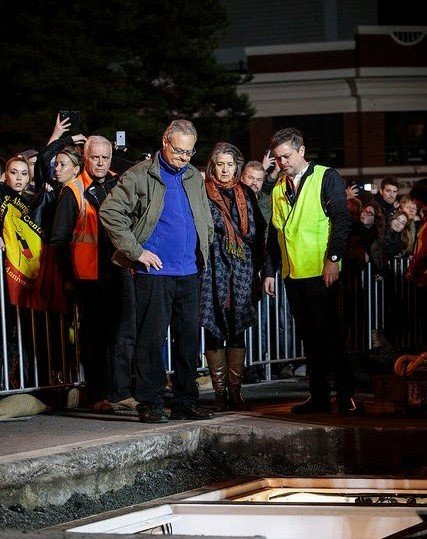 A 73 year-old Australian performance artist ,Mike Parr ,is back above the ground after spending 3days buried in a steel box beneath a busy street during the Tasmania’s Dark Mofo winter festival. 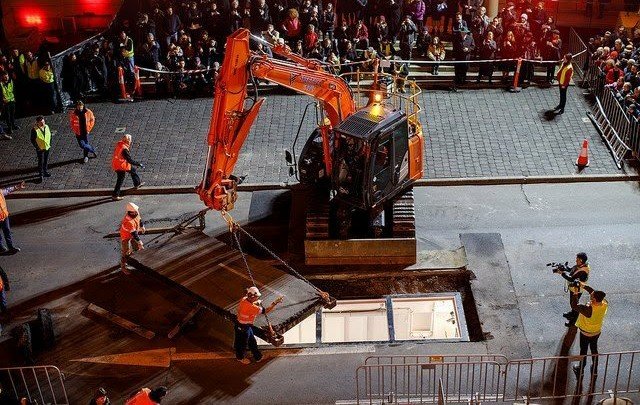 The performance named Underneath the Bitumen the Artist was in memory of the victims of 20th century totalitarian violence.

He spent the whole time drawing, meditating and reading Robert Hughes The Fatal Shore in the small container with water but no food.

Oxygen was pumped into the specially built steel container to keep him alive as traffic drove above his temporary home.

An Aboriginal community member who supported his actions said: