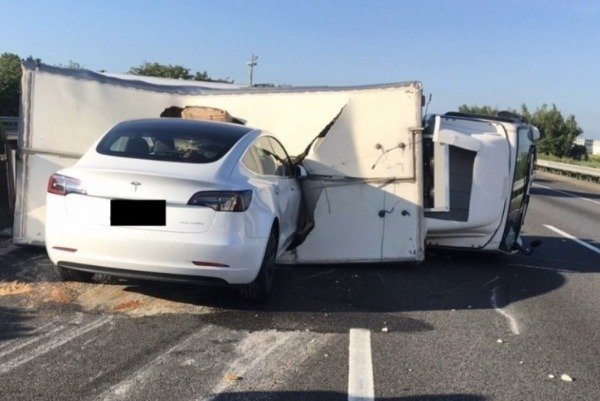 This is the moment a self-driving Tesla Model 3 electric car slammed into an overturned semi-truck.

The driver was using some Autopilot driver-assist features before the accident. 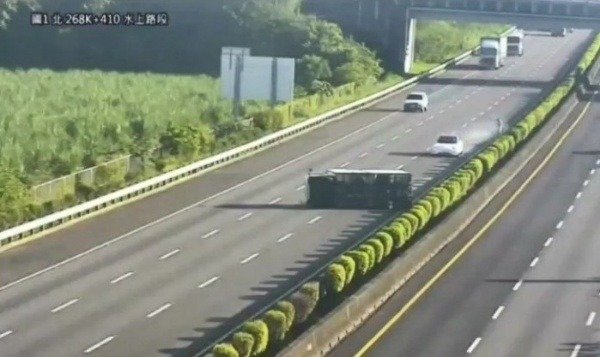 Seconds before slamming into the overturned truck.

This video capture the moment when a speeding self-driving Tesla Model 3 slammed into an overturned semi-truck on the highway.

According to reports, the driver, who miraculously escaped unharmed, was using at least some Autopilot driver-assist features. 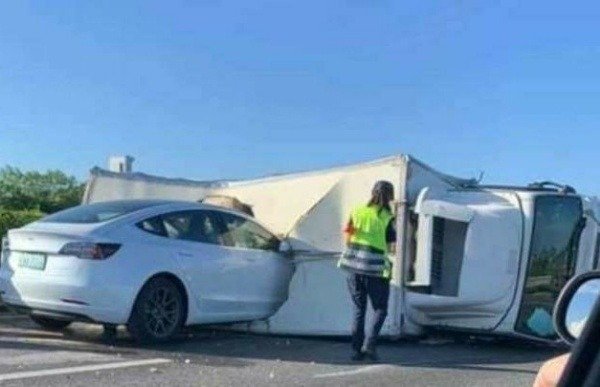 The 53-year-old Tesla driver, Mr Huang, said as soon as he saw the truck, he stepped on the brake. But it was too late, as the car crashed through the roof of the overturned truck.

The incident obviously shows that the Autopilot didn’t see the overturned stationary object. The automatic emergency braking also failed to respond in this scenario too.

This isn’t the first time a Tesla with at least one Autopilot feature on will be be slamming itself into a stationary vehicle.

Back in May 2018, a Tesla Model S on Autopilot driver-assist system, reportedly traveling at 60 mph, crashed into a parked fire truck. 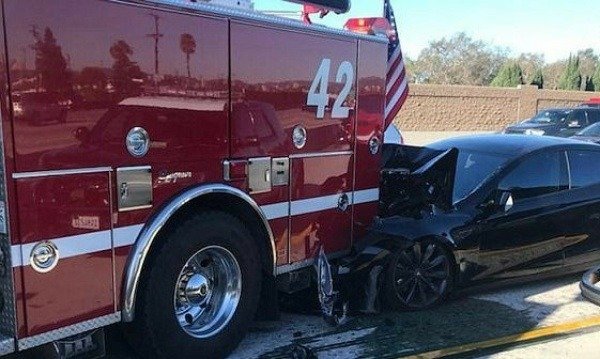 No one was injured in the crash. But the accident caused some damage to the rear left section of the fire truck and heavy frontal damage to the Model S.

“Autopilot and Full Self-Driving Capability are intended for use with a fully attentive driver, who has their hands on the wheel and is prepared to take over at any moment”