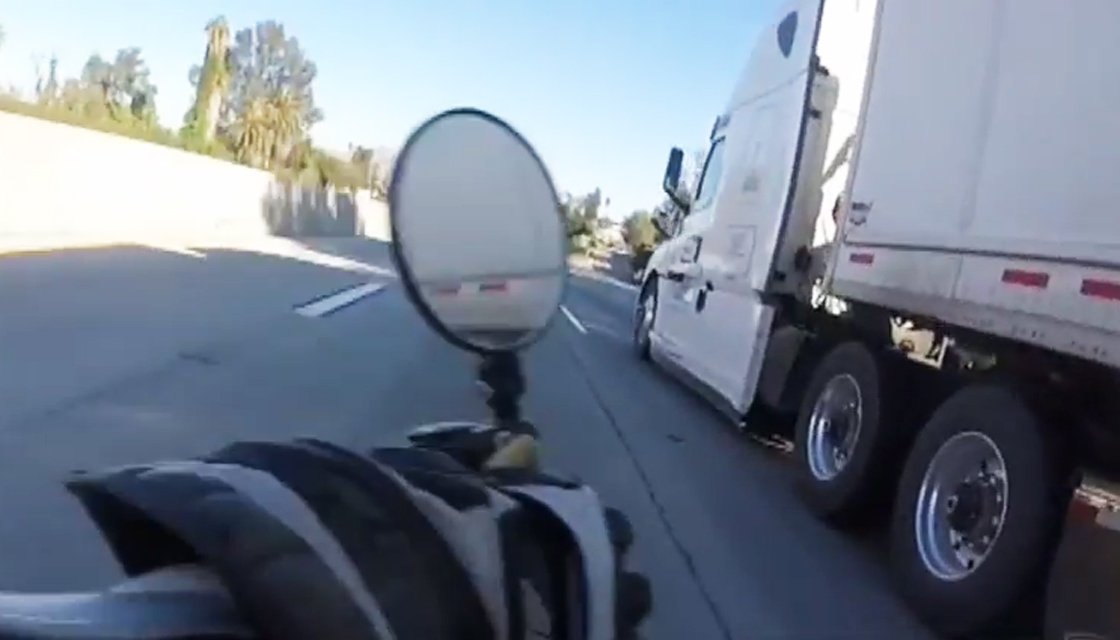 A YouTuber named Hammy Moto, who makes videos about motorbikes has uploaded footage from his head-mounted camera, of himself riding his motorcycle down a highway.

The video that has over 1.4 million views ,  shows the moment he lost control of his bike, wobbling left and right as he passes traffic.

He then tips over and falls to the ground, with the force carrying him under a passing truck. Miraculously, he managed to slide through the large vehicle’s rear tyres avoiding a gruesome death.

He said “If I was going any slower or faster, I wouldn’t have been so fortunate,” he wrote in the video’s description.

After sliding across the road to the other side of the lane, he shakily got to his feet and assured his co-workers who were driving behind him that he was “not dead”.

The only injuries he sustained was a very small amount of road rash on his knee and hip, and a ripped jeans.

I think the guy is the world’s luckiest rider and a perfect example of a cat with multiple lives to spare because, had this been timed any differently, he would have been crushed by the large vehicle’s rear tyres.