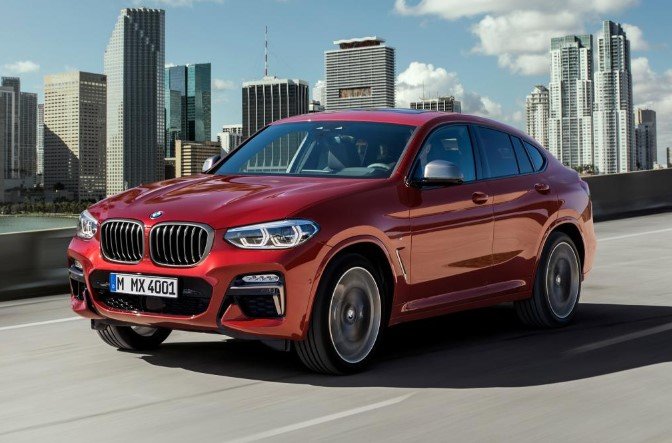 This new second generation BMW X4 is already set to make debut at Geneva. This ride is a very close rival of Mercedes Benz GLC coupe. The ride is also based on X3; same with its predecessor.

This car will be unveiled at the next month’s Geneva Motor Show.

If you take a close look at the front, the grille, bumper and LED headlights, you will see the striking resemblance with the X3’s. It came with its door restyled, hexagonal wheelarches with smoother shapes, slimmer LED lights, number plates set lower and twin exhaust standard on every model.

The inside looks much like the X3. It also came equipped with the latest iDrive system centered on a free-standing 6.5-inch display on top of the dashboard, as well as the latest in connectivity, through BMW’s ConnectedDrive services.

This X4 is more spacious than it’s elder brother. Good news for the ladies. The rear legroom increased too, same with the boot capacity.

The heart of the car (engine) is similar with that of the X3, and all its model is equipped with 8 speed automatic transmission. The xDrive20d and xDrive30d models are also carried over from the X3.

The BMW made a promise – They promised a better drive from this X4 than the previous model.

The BMW X4’s lighter weight, standard four-wheel-drive system and improved aerodynamics are not left unnoticed.
All of them will as well come with speed-sensitive steering and M Sport suspension.Options include stronger M Sport brakes and Adaptive Suspension. This can change to suit the conditions and allows the driver to tailor the responses to their liking, offering a sporty drive or a more comfortable ride.

Cullinan,RollsRoyce First Ever SUV Revealed-Named After Largest Diamond Ever Found