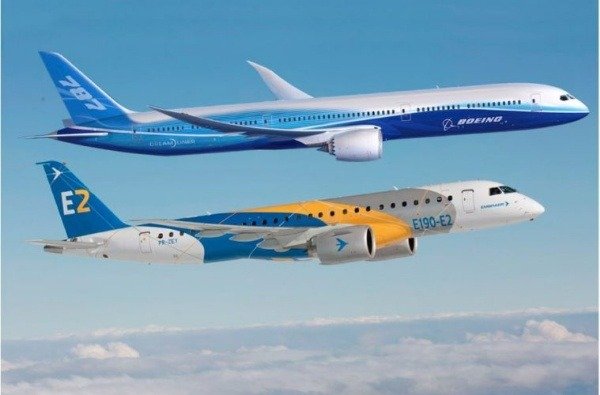 Boeing faces a $100 million (₦39 billion) termination penalty for scrapping the deal. Embraer would have faced a maximum penalty of $75 million.

Boeing on Saturday announced the termination of its $4.2 billion deal with Brazilian aircraft maker Embraer. According to Boeing, Embraer failed to satisfy the necessary conditions after initially agreeing to pay $4.2 billion to buy 80% of Embraer’s operation in 2019.

Under the terms of the deal, Boeing would own 80% of Embraer’s commercial aircraft operations, while Embraer retained 20% ownership.

The deal would have given Boeing a bigger stake in the market for smaller jets and help the company develop airplanes more cheaply.

Embraer responded on Saturday in a press release that it will “pursue all remedies against Boeing for the damages incurred.” The Brazilian aircraft maker called Boeing’s decision a wrongful termination.

In its press release, the Brazilian company made reference to the Boeing 737 Max’s two fatal crashes that have cost the aircraft maker at least $18.7 billion.

Embraer said the company was manufacturing “false claims” to avoid paying the $4. 2 billion because of its “own financial condition and 737 Max and other business and reputational problems.”

Under a pact signed Jan. 24, 2019, either planemaker could terminate the tie-up if the transaction hadn’t closed within 15 months.

Boeing is set to face a $100 million termination penalty for scrapping the deal. Embraer would have faced a maximum penalty of $75 million.

For Chicago-based Boeing, the penalty might be a small price. Boeing is now trying to preserve cash after being heavily affected financially by the 737 MAX groundings.