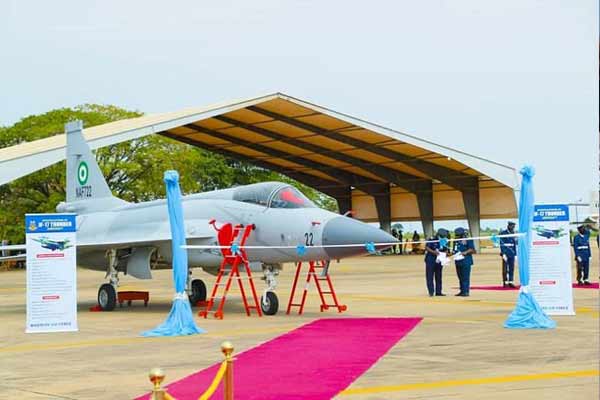 Performing the ceremony on Thursday in Makurdi during NAF 57 celebration grand finale, Buhari said that the Service has fulfilled its constitutional mandate of defending the nation’s territorial integrity.

“At this juncture, I hereby induct the JF-17 Thunder aircraft into the service of the Nigerian Air Force and our fatherland as NAF 720, 721 and 722. As you fly these machines, I wish you safe flying operations, safe skies as well as effective results,” he said.

Buhari, represented by the Minister of Defense, Retired Maj.-Gen. Bashir Magashi, said that the three aircrafts would boost the operational capacity of the Service and add significant fight against terrorism, insurgency, armed banditry and other forms of criminalities.

He said that the induction of the aircraft was another step toward fulfilling one of the promises he made at the beginning of his administration, which was to improve the infrastructure and equipment dispositions of the Armed Forces. 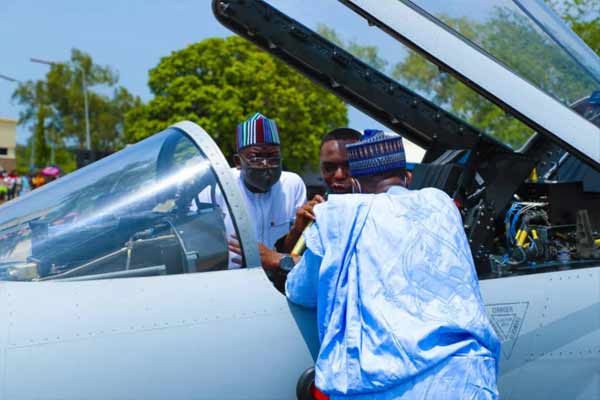 “It is indeed fitting that the grand finale of this year’s celebration is being marked with the induction of three brand new JF-17 Thunder multi-role fighter aircrafts into the inventory of the Nigerian Air Force.

“This induction ceremony is also most rewarding to me because it marks another step in the fulfilment of one of the promises I made at the beginning of my administration, to improve the infrastructure and equipment dispositions of the Armed Forces and other security agencies to enhance their output, professionalism and service delivery.

“The 3 JF-17 Thunder fighter ground attack aircraft being added to the inventory of the Nigerian Air Force today will no doubt boost the operational capacity of the Service.

“And add significant impetus to the fight against terrorism, insurgency, armed banditry and other forms of criminality in the country,” he said.

Buhari said that NAF, since its establishment in 1964, has played critical roles in national security as well as in peacekeeping operations on the African continent. 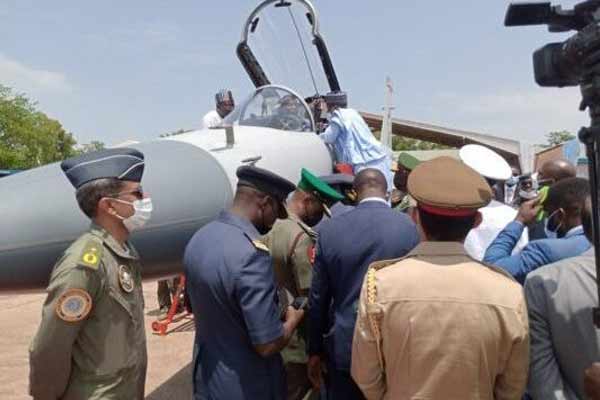 He also commended Nigerians who have continued to resist all forms of negative propaganda by the minority few that sort to divide the country and create disunity among them.

“I must also salute the resilience of the Nigerian people who have continued to resist all negative elements that seek to divide us with their destructive rhetoric and disingenuous propaganda.

“I wish to use this opportunity to encourage all law-abiding citizens to continue to stand together, irrespective of ethnic, tribal, religious or political affiliations, to pursue the greater goal of a secured, united and prosperous nation for us and our generations yet unborn, as we have no other alternative than to do this,” he said.

Buhari further appreciated the support of the Government of Pakistan and in particular the efforts of the Pakistan Ambassador to Nigeria at sustaining the strategic partnership between the two countries.

He said that the two nations would continue to take steps that would deepen their bilateral relations for the betterment of her citizens.

“This administration will continue to work with our partners and other members of the international community in order to collectively evolve solutions to the common challenges of terrorism and proliferation of small arms and light weapons, which, of course, have varying degrees of sub-regional, regional and global impacts.

“Indeed, such mutually beneficial interactions are part of our commitment to a whole-of-nation and whole-of-humanity approach to dealing with insecurity in Nigeria, West Africa and the entire African continent.” 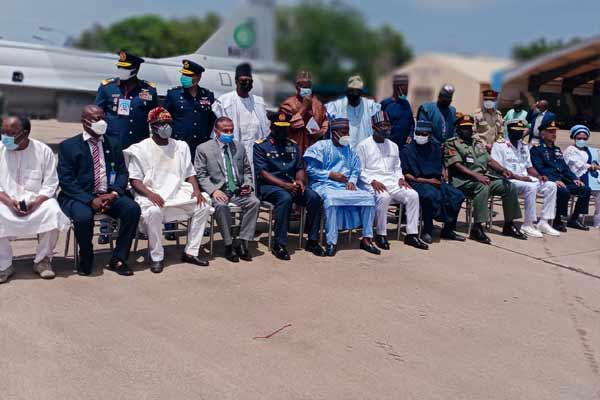 Earlier, in his address, the Chief of Air Staff, Air Marshal Oladayo Amao, said that NAF has inducted a total of 26 aircrafts between 2015 till date, including the three newly inducted aircraft.

Amao also disclosed that the service was expecting additional 20 aircrafts into the country as from July this year.

He explained that the expected aircraft were 12 A-29 Super Tucano aircraft from the United States of America and eight Unmanned Aerial Vehicles (UAVs).

“Let me a place on record that under the current Administration, the Nigerian Air Force has inducted 23 brand new aircraft into its inventory from 2018 till date, comprising 10 Super Mushshak trainer aircraft and 13 rotary-wing combat platforms.

“The induction of the 3 JF-17 Thunder aircraft today brings the total number of new aircraft inducted in the last six years to 26,” he said.

He said that the aircraft have significantly boosted their operational effectiveness in the fight to defeat all threats to the nation and its citizenry.

4 Ways To Effectively Use Your Turn Signal While Driving