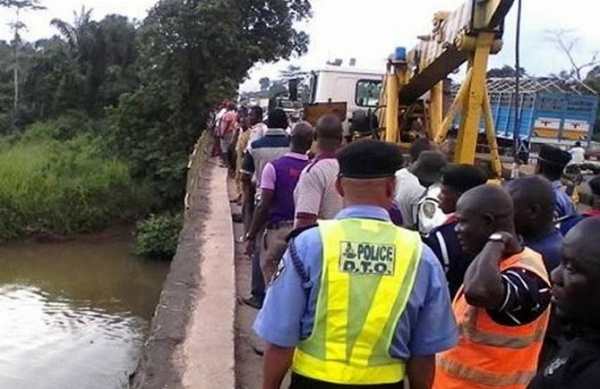 A speeding car plunges into Ogun River, killing four and injuring 2 other people on Tuesday.

According to reports, the car, an Opel, was heading for Sagamu before plunging into the river at the second bridge.

Four people have died and two others injured after a speeding car plunged into the Ososa River in the Odogbolu Local Government Area of Ogun State on Tuesday.

The two injured passengers were taken to the Ijebu-Ode General Hospital, while the deceased have been deposited at the morgue of the hospital.

The incident was confirmed by the Public Relations Officer of the Traffic Compliance and Enforcement Agency (TRACE), Babatunde Akinbiyi.

Akinbiyi said the car, an Opel, with registration number GGE 596 DV, was heading to Sagamu from Ijebu-Ode before the accident. 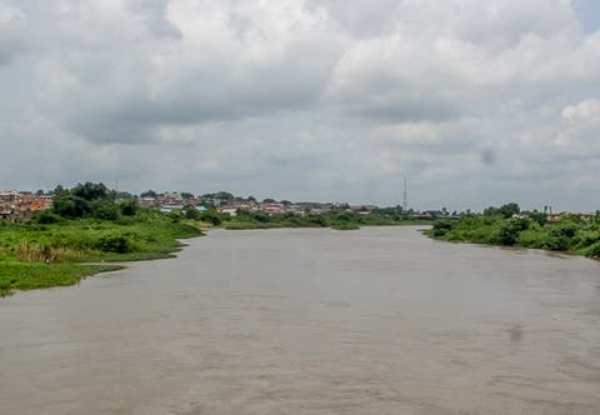 He added that the car plunged into the river at the second bridge at around 10.20am on Tuesday.

The car was coming from Ijebu-Ode and heading for Sagamu when the accident happened.

“The car was speeding when it suddenly lost control and plunged into the Ososa River.”

“Six persons were in the vehicle; one female and five males, including the driver, which is against the COVID-19 guidelines and protocols.”

“The two injured have been taken to the Ijebu-Ode General Hospital and the four dead bodies have been deposited at the morgue of the hospital.”