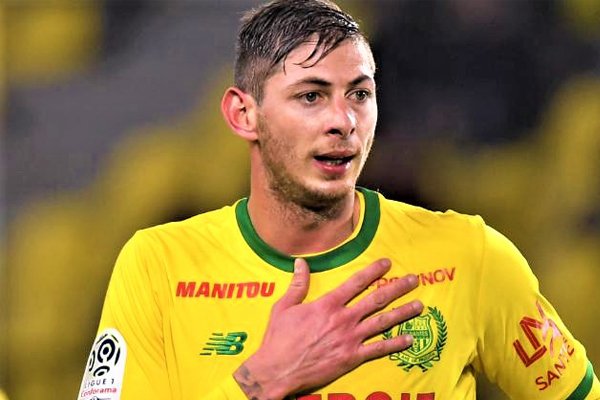 Roughly a week ago, a wreckage of the missing plane carrying the newly signed Cardiff player  Sala was discovered with the player found dead inside. The body of pilot David Ibbotson wasn’t there.  In case you missed it, you can read it via the link here.

Footballer Emiliano Sala died from massive injuries to his head and chest and could only be identified by his fingerprints, an inquest heard today.

Cardiff City star Sala was identified by his fingerprints after the tragic crash which happened after his record £15million signing to the Welsh club from Nantes in France.

“The cause of death, which was established after a post-mortem, is given as head and chest injuries. A pathologist described the cause of death as “head and trunk injuries”.

“The inquest has been adjourned. The full AAIB investigation into the plane crash is expected to take between six and 12 months, although an interim report is due within a fortnight.”

According to Daily Mail, Cardiff City star Sala was identified by his fingerprints after the tragic crash which happened after his record £15million deal.

Sala’s body was recovered in a privately-funded search which had been launched after the initial search was called off.

The aircraft remains underwater off the coast of Guernsey in the English Channel.

The Top 10 World’s Most Powerful Passports In 2019