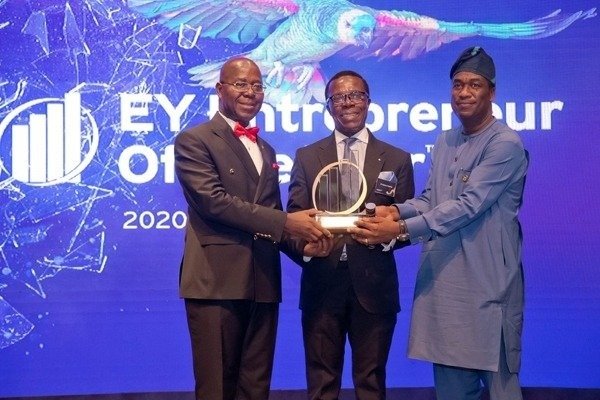 Coscharis boss – Dr. Cosmas Maduka, on June 4, was inducted into the “EY World Entrepreneur of the Year” Hall of Fame, along with 60 other exceptional entrepreneurs from 51 countries across the world.

Dr. Cosmas Maduka emerged as the winner of EY (Ernst & Young) Entrepreneur of the Year 2020 for the West Africa region.

Cosmas Maduka, winner of EY (Ernst & Young) Entrepreneur of the Year 2020 for the West Africa region.

The President and Chairman of the Coscharis Group, Dr. Cosmas Maduka, on June 4, represented the West African region at the finals of the EY (Ernst & Young) Entrepreneur of the Year 2020 Competition.

The global event was originally scheduled to hold as a live audience participatory event in Carlo, Monaco.  However, it held as a first ever live virtual EY award ceremony in partnership with CNBC due to the travel restrictions occasioned by the outbreak of Covid-19 pandemic across the world. 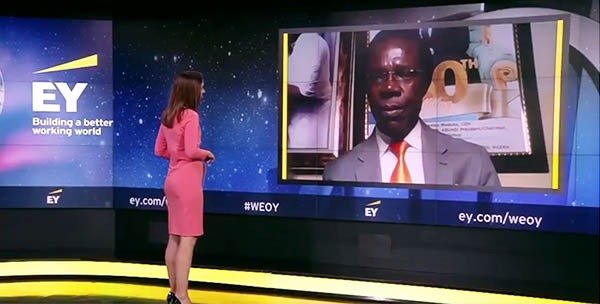 Induction into the “EY World Entrepreneur Of The Year” Hall of Fame at a first ever live virtual global event in partnership with CNBC on 4th of June 2020.

According to Ashish Bakhshi, Leader at EY (West Africa):

According to Stasia Mitchell, Entrepreneurship Leader at EY (Global Growth Markets), “this was the first time we asked the people to vote on the award winner who most inspired them. The voting was meant to be a fun, engaging way to get to know the class of 2020 better”.

He stated further it was no surprise that Dr Maduka and the Coscharis brand stood out so clearly. “This continues to show how inspiring you and your story are to so many around the world and it says a lot about how valuable your mission is. I can’t wait to meet you in person.”

See below video of Dr Cosmas Maduka receiving his award as the winner of EY (Ernst & Young) Entrepreneur of the Year 2020 for the West Africa Region at the regional event which took place at Eko Hotels, Victoria Island, Lagos on 6th of March 2020.

An obviously elated Dr. Cosmas Maduka, President/CEO Coscharis Group, says, “I have utmost respect for all the finalists from different countries because each of us has a unique story to tell that resonates with the audience. It must have been a very difficult journey for the judges to arrive at their decision”.

Dr. Cosmas Maduka has succeeded in turning an early life of poverty and hardship into a success story that has inspired future generations of Nigerians. He started his career on the shop floor of his uncle’s automobile shop, which also doubled as his bedroom for the night. He left at age 19 to embark on his own venture, eventually founding Coscharis Group in 1983. Through sheer grit and hard work, he has transformed the company from a spare auto parts company into a business empire.

Since then, Coscharis group has grown to employ thousands of people in the process. The company has also become one of the largest in Nigeria. 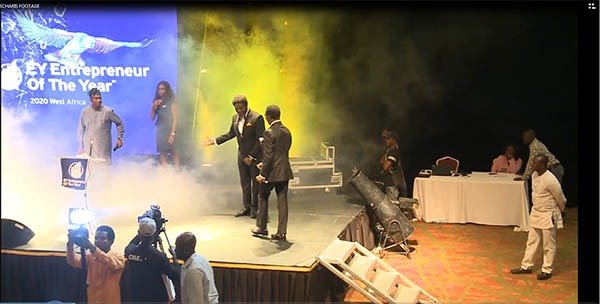 The 61 year old billionaire is famous for Coscharis Motors, a leading automobile sales and servicing company.

In addition to other car brands such as Range Rover, Ford and Jaguar, Coscharis Group is the sole distributor of BMW and Rolls-Royce in Nigeria. 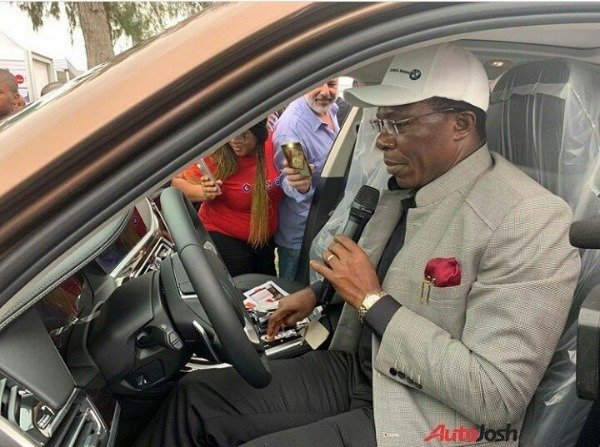