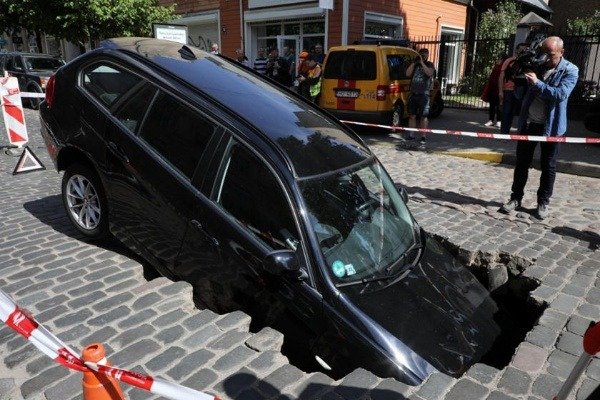 Sinkhole in Latvia swallows a Mercedes and BMW 3 series. 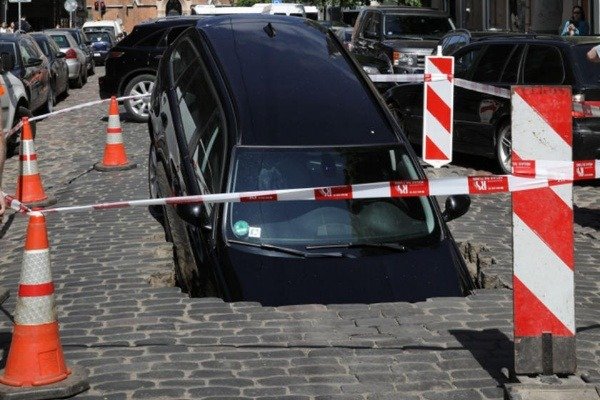 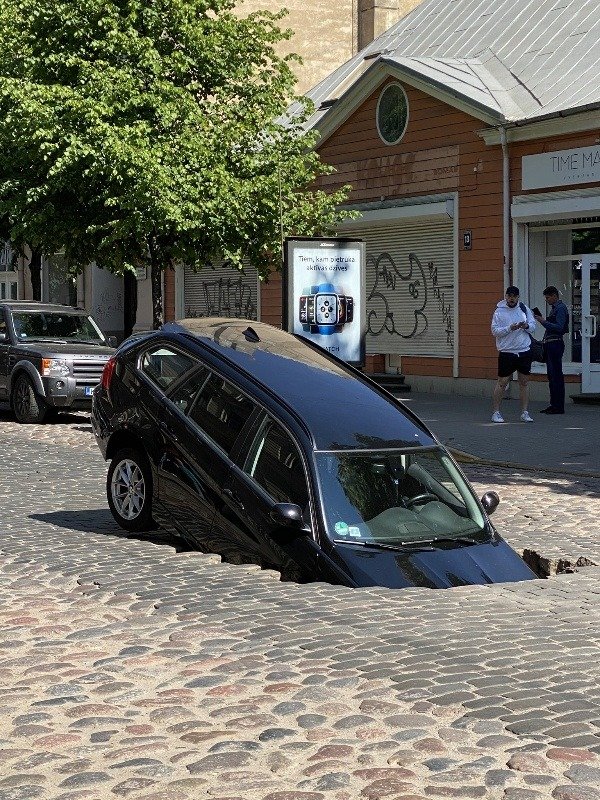 A sinkhole has swallowed two cars, a BMW 3 Series touring and an undisclosed Mercedes-Benz model, after the surface layer of the road gave way in Latvia.

According to reports, the Mercedes, the first car to fall victim to the hole, managed to escape after the hole opened up at around 10:32 am. 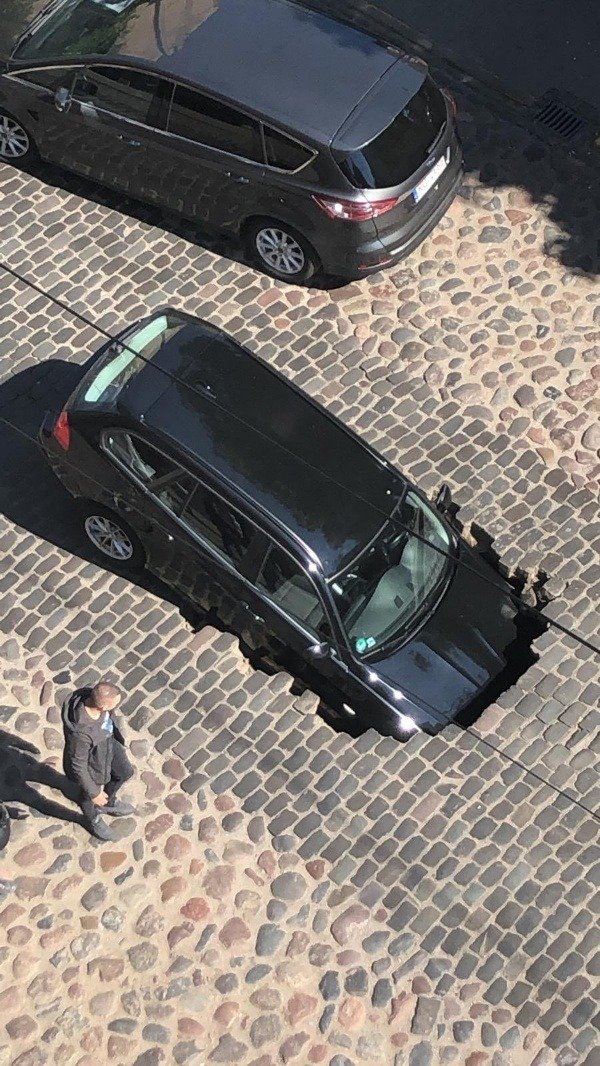 Sinkhole in Latvia swallows a Mercedes and BMW 3 series.

The BMW on the other hand was not so lucky as the wagon was pictured being stuck in the hole.

Apparently the 50+year-old street collapsed during hydraulic testing that is currently taking place along the right-hand bank of Daugava River. 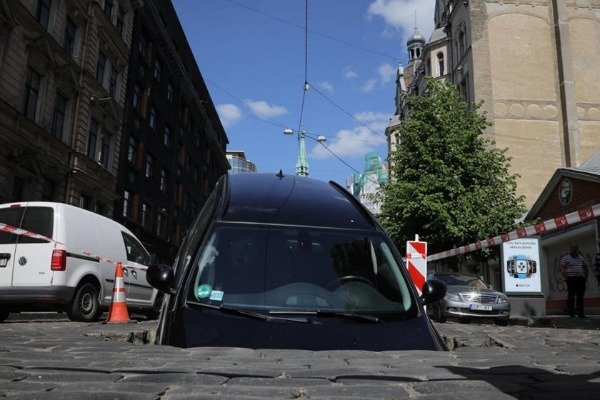 According to the city of Riga’s construction representative, the road was overdue for a failure such as this :

“during tests with increased pressure the network burst, which resulted in damages. The network in question was created in 1963 and has since used up its potential” 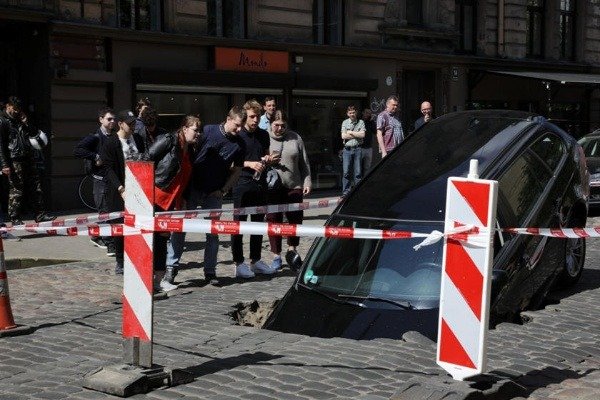 A sinkhole swallowing a car is a rare occurrence on major roads in Nigeria. Despite that, a commercial bus was swallowed by one in Aba, Abia state two months ago, after a heavy rain caused an unexpected damage to the road. 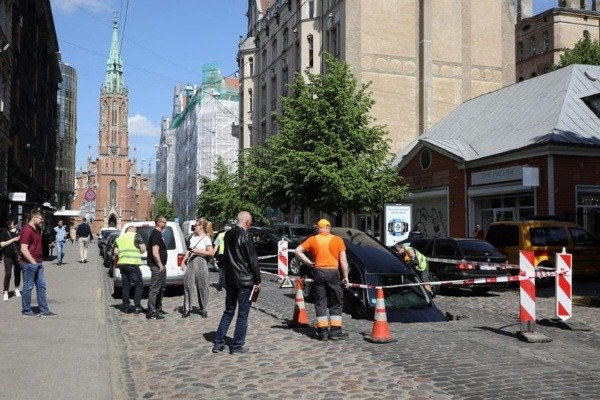 Luckily the driver walked away with minor leg injury.