A city bus was partially swallowed by a giant sinkhole in Pittsburgh, Pennsylvania. The Kia Optima at its back was almost swallowed up by the sinkhole as well. 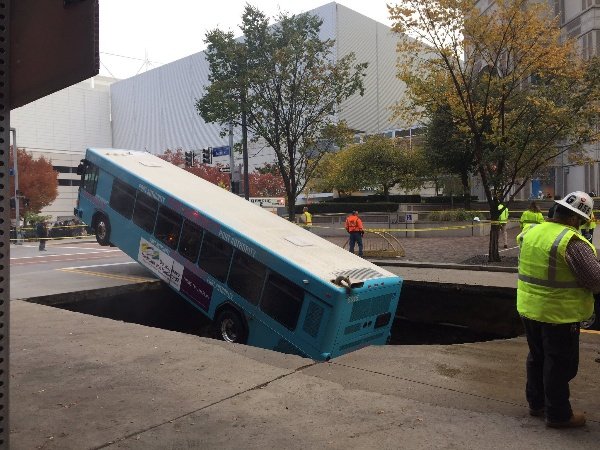 This is the moment a giant sinkhole swallowed the rear of a rear-engined city bus in Pittsburgh, Pennsylvania. A Kia Optima at its back was almost swallowed up by the sinkhole as well.

According to local news, the bus was waiting at a red light on Monday when the sinkhole opened up beneath the bus. The collapsed road was attributed to a damaged water main underneath the road. 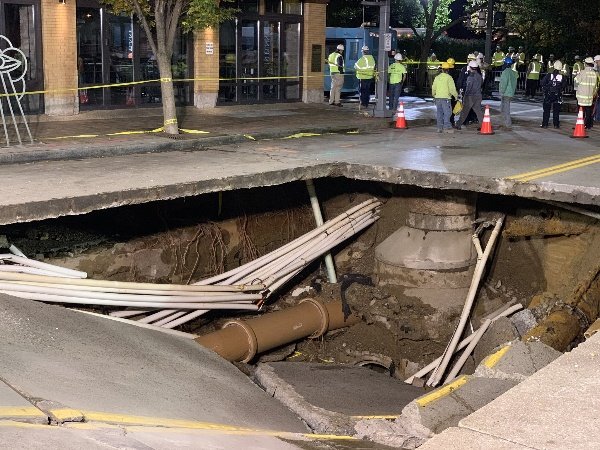 The weight at the rear-engined city bus crippled the pavement which left the bus hanging in the precarious position. Photos shows the front of the Port Authority bus dangling in the air and the front wheels of a Kia stuck behind it.

The driver and a single passenger onboard were able to get out after the incident. The passenger was later being taken to a General Hospital with minor neck pain.

Two cranes arrived on the site in the evening to lift the partially swallowed bus out of the sinkhole.

Before the rescue, Public Safety Director said the bus was sitting on three power lines, two of them 22,000-volt lines. The director said there are also fiberoptic cables, and damage to them could affect communications in the tri-state area.

The road is expected to be closed for at least one to two weeks as it is repaired.