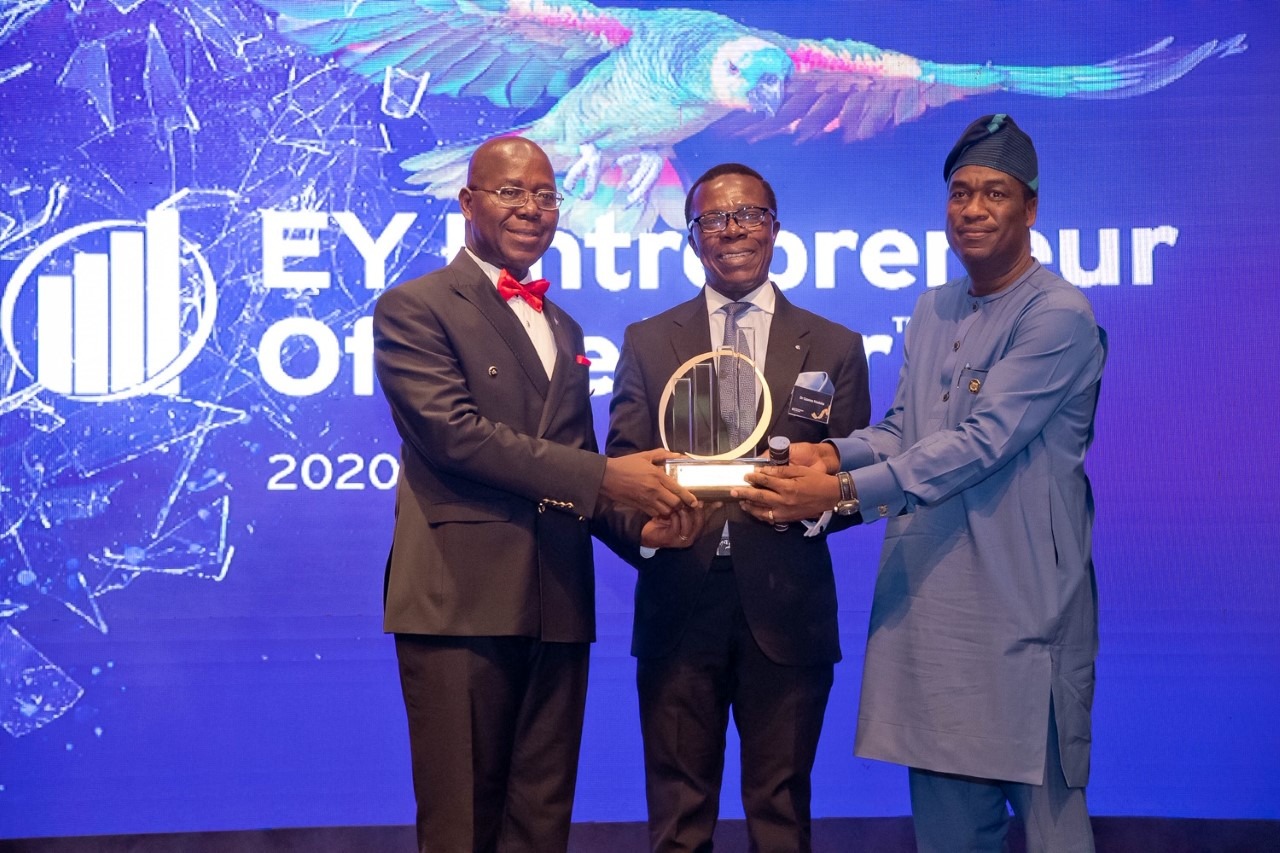 It is a season of multiple awards and recognitions for Cosmas Maduka – the founder and Chairman of Coscharis Group.

The business mogul was recently the recipient of several awards from three different renowned institutions. All the awards were in celebration of his capacity as an entrepreneur per excellence.

The first award to him came from the globally respected consulting firm, Ernst & Young. At a gala event organized by the consulting organization, Dr Maduka was adjudged the EY Entrepreneur of the year. The award was in the Master Class category for West Africa. The award was the ultimate award for the night

The keenly contested award category had other tested and renowned personalities as nominees. However, Dr Maduka stood out to come tops. This was after strong consideration of his past contributions, present positive impact and futuristic approach to creating value for mankind in all ramifications.

This result was decided by a distinguished panel of judges made up of professionals of high integrity. 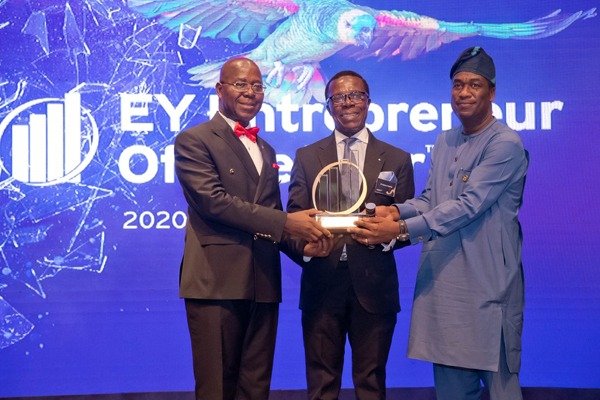 At the event to present the award to Dr. Maduka was the Deputy Governor of Lagos State, Dr Obafemi Hamzat.

During the presentation of the award, the Deputy Governor applauded the choice of Dr Maduka as the Entrepreneur of the Year.

According to Dr. Hamat, going by his pedigree as an established entrepreneur that has contributed immensely to the growth and development of Lagos State in particular and Nigeria as a nation, the award was well-deserved. 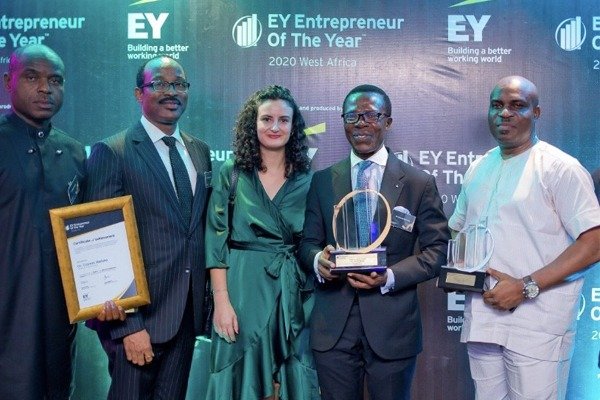 Cosmas Maduka also was the recipient of another award from the Enugu Chamber of Commerce, Industry, Mines & Agriculture.

He was presented with the Chambers’ prestigious Keyman Award. This award was for a Distinguished Entrepreneur in the growth and development of the Automobile / Agro-Allied Industry.

The award was presented to him in recognition of his contributions over time in the economic sector of the country especially within the automobile industry.

It is worthy of note that, Coscharis Motors exclusively represents some of the best globally respected iconic auto brands like the Rolls-Royce, Jaguar LandRover, BMW, Ford, Renault amongst others.

To complete the tripod of awards, the Independent Newspapers Limited recognized him with an award of the Real Sector Investor of the Year.

According to the presenting institution, the award was as a result of Dr. Maduka’s dynamic nature of creating value beyond the automobile industry he’s known for with inroad into the agricultural sector where he had equally invested heavily in the rice production. 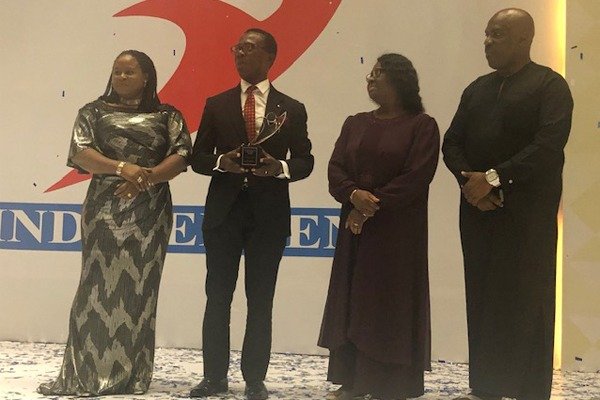 Commenting on these awards, the visibly elated Dr. Cosmas Maduka dedicated the awards to his late mother. According to him, she believed in him as a child and taught him his early days’ entrepreneurial skills. Those skills have helped him to grow his businesses to date.

He equally dedicated the awards to the organization’s ever-loyal customers. He acknowledged them for their consistent patronage and acceptance of the brands over the years.

In his words, ‘’there can’t be another best way to start a very challenging but promising business year in 2020 than with these set of prestigious awards as recognition to some hard work made possible by our hard-working team members across the board who despite all odds has consciously strived to deliver value for money at all times for the benefit of our numerous stakeholders.

“I do cherish all these awards that came my way especially coming from respected bodies that have been part of the success story of the Coscharis brand from the beginning in Nigeria and beyond’’.

See The Damages Caused By The Pipeline Explosion In Abule Ado, Lagos (Photos)

FRSC Warns Drivers Against The Use Of Earpiece While Driving