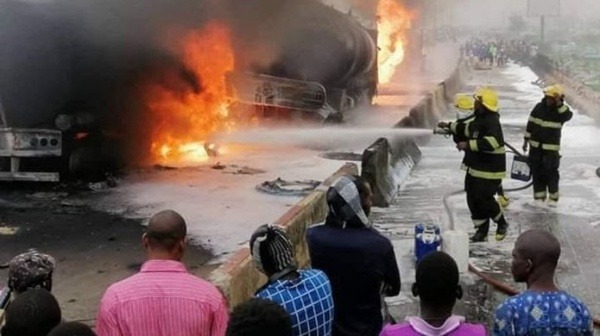 The Corps Marshal, Federal Road Safety Corps, Dr Boboye Oyeyemi, has activated immediate and thorough crash investigation and subsequent prosecution of both the owners, and drivers of the 4 articulated vehicles in the Kara Bridge crash explosion. You read about it HERE.

In a statement by Bisi Kazeem, the Corps Public Education Officer, the Corps Marshal who decried the attendant loss of lives and damages to properties resulting from such avoidable crashes, expressed concern over the ugly incident noting that irrespective of the series of engagements with the various Unions of tankers and trailers and major stakeholders in the road transport sector, the country still experiences such ugly trends on our roads due to undue violation of maximum safety standards by both drivers and owners of these vehicles. 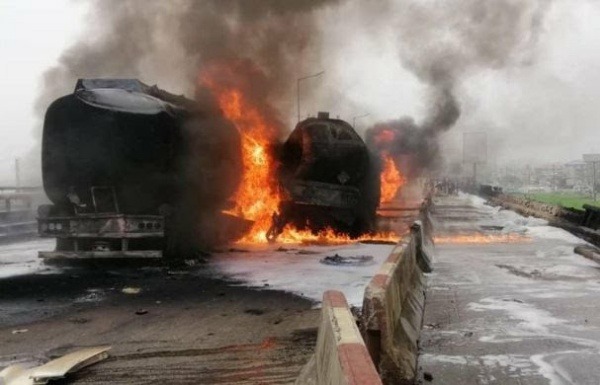 Speaking further on efforts the Corps has put in place to eradicate incidents of crash and explosion on the road, Oyeyemi said that apart from several engagements with the Unions and stakeholders, the Corps had also engaged drivers of Dangote Group during their 2019 annual drivers retreat, where he single handedly delivered series of lectures on basic road safety ideals and the imperatives of maintaining maximum safety standards at all times.

The Corps Marshal immediately directed the Safety Engineering Unit of the Corps to commence thorough investigation into the crash and the Corps Legal Adviser to activate immediate prosecution of both the vehicle owners and the drivers to serve as deterrent to others.