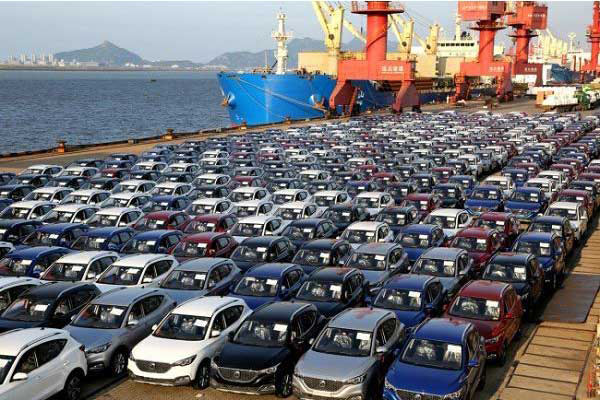 The new Economic Community of West African States (ECOWAS) CET will last from now to 2026, according to Customs.

The Nigeria Customs Service (NCS) on Monday formally announced that it has decided to implement the new version of the Economic Community of West African States (ECOWAS) Common External Tariff (CET) which will last from now to 2026.

The Service, in a statement by the National Public Relations Officer of the Service, DC Timi Bomodi, had been using the old version of 2017 to 2021.

The implementation according to the statement which takes immediate effect, was in line with the requirements of the World Customs Organization (WCO) of five years review of the nomenclature.

Bomodi said all contracting parties were expected to implement the new version, adding that Nigeria has adopted all tariff lines with adjustments in the extant CET.

“On Friday the 1st of April 2022, the Nigeria Customs Service migrated from the old version of the ECOWAS Common External Tariff (2017- 2021) to the new version (2022- 2026); This is in line with WCO five years review of the nomenclature. The contracting parties are expected to adopt the review based on regional considerations and national economic policy”.

“The nation has adopted all tariff lines with few adjustments in the extant CET. As allowed for in Annex II of the 2022-2026 CET edition, and in line with the Finance Act and the National Automotive Policy, NCS has retained a duty rate of 20% for used vehicles as was transmitted by ECOWAS with a NAC levy of 15%. New vehicles will also pay a duty of 20% with a NAC levy of 20% as directed in the Federal Ministry of Finance letter ref. no. HMF BNP/NCS/CET/4/2022 of 7th April 2022”.

“It is instructive to note that domestic fiscal policy on the importation of motor vehicles and other items is targeted at growing the local economy in these sectors. The focus of NCS is on the implementation of these policies in the hope that it achieves its desired objectives in line with the National Automotive Policy and other fiscal policies of the government.

“The NCS has also activated the use of Chapters 98 and 99 of the CET, in accordance with WCO recommendation for national use by contracting parties, which in our case promotes industrialization through sectoral and sub-sectoral incentives for members targeted at economic growth, enhancement of security, and minimized consumption of unwholesome goods.

“It should also be noted that the Automotive industry, bonafide assemblers, manufacturers of auto spare parts, and other local manufacturers enhance technology transfer and skill acquisition, create jobs, and increase per capita income.

“In Chapter 98 of the current CET – Bonafide Assemblers importing Completely Knocked Down (CKD) and Semi Knocked Down (SKD) are to enjoy a concession of 0% and 10% Duty rate respectively. While within ECOWAS, duty rate for same items is 5% and 10% respectively”.

Nigerians Will Need NIN To Travel On Trains From May – NRC