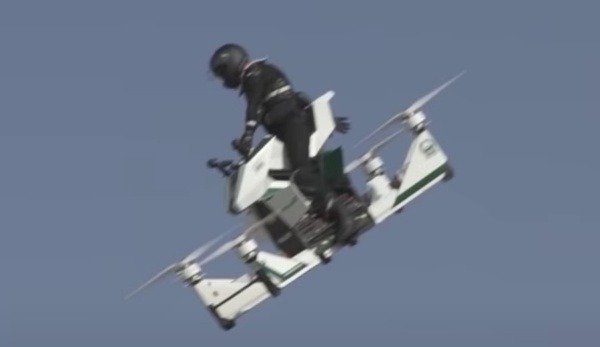 The flying motorcycle lost control after flying beyond its safe operating altitude of 16 feet.

The crash won’t stop hoverbikes from patrolling the streets of Dubai in the nearest future.

It will join Dubai Police’s Bugatti Veyron, a LaFerrari and an Aston Martin One-77. 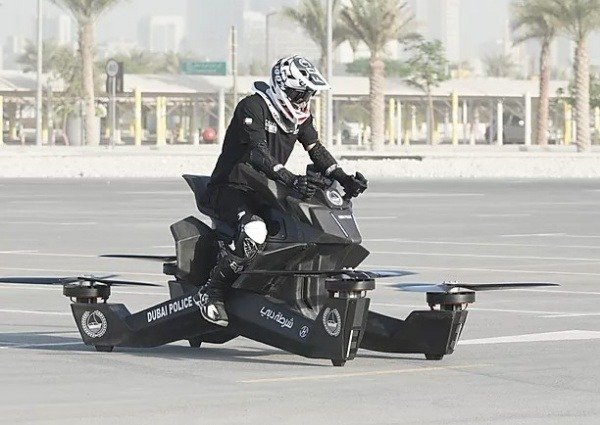 This is the moment that hoverbike-riding Dubai police officer crashes to the ground after losing control of his flying bike at 100 ft above.

The trending clip shows a pilot taking off and rapidly accelerating to an altitude of around 30m (100 ft) before crashing down.

Fortunately, its operator was able to escape the incident without any injuries, despite the four exposed propellers spinning dangerously.

Hoversurf admitted in the now-deleted video’s description that the crash was the result of a mechanical failure.

The Russian maker states that the officer reached around 30 meters, which far exceeds the S3’s maximum safe operating altitude of 16 feet.

After going beyond its intended scope of operation, the hoverbike became difficult to control.

“The barometer in Dubai refused and an accident occurred – a down from a height of 30 meters.”

“Safety is our main concern. It is thanks to such incidents that our designs are becoming more safe.” 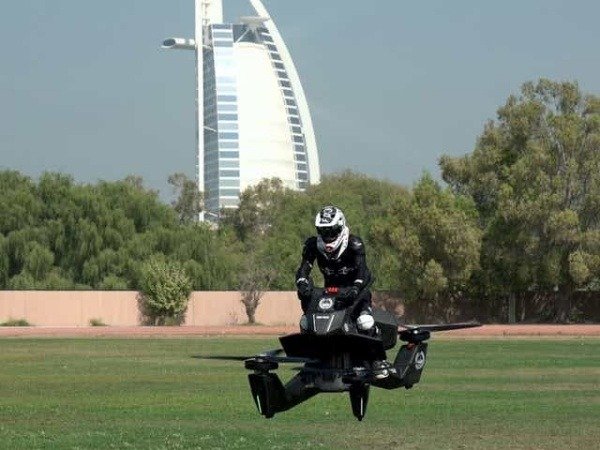 The crash won’t stop fleets of Hoverbikes from patrolling the streets of Dubai in the nearest future.

Dubai Police Department had earlier announced that “flying motorbikes” will be joining its fleet of exotic cars that includes Bugatti Veyron, a LaFerrari and an Aston Martin One-77.

Looters Failed In Carting Away A Dodge Challenger From A Dealership