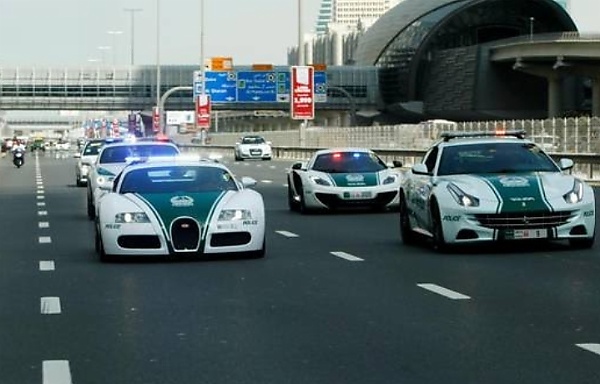 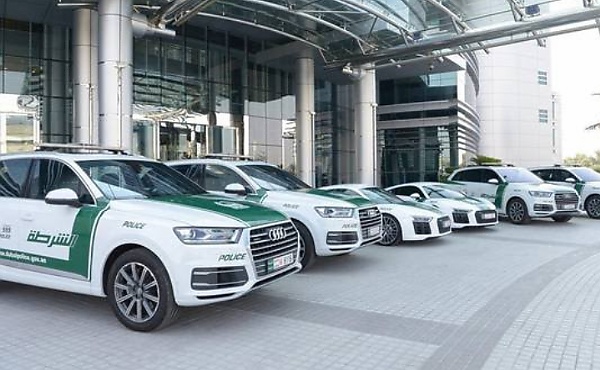 The Dubai Police Department in the oil-rich United Arab Emirates (UAE) stands out with its amazing fleets consisting of supercars from premium brand’s like Bugatti, Lamborghini, Porsche and Aston Martin.

These six-to-seven figure supercars in the white and green of Dubai Police used by traffic officers to connect with the public will no doubt make even wealthy Nigerians grow in envy. 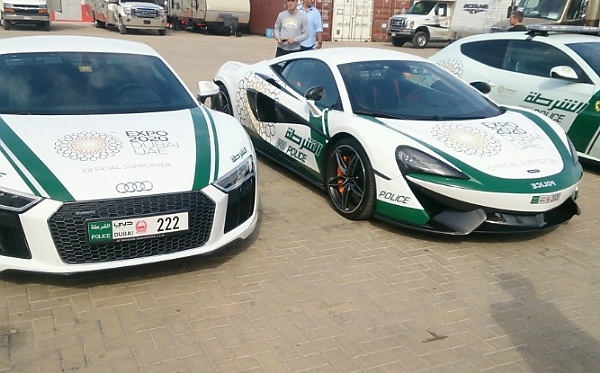 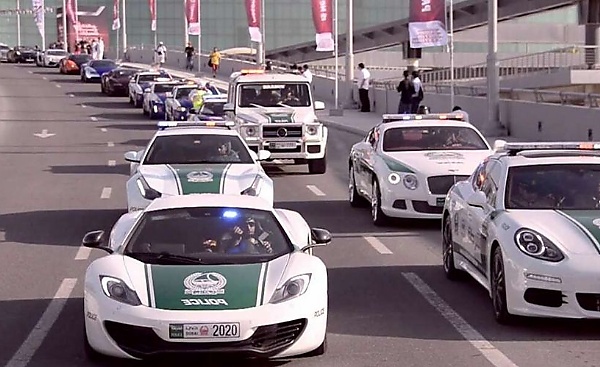 …Yes, you heard that right, even Dino Melaye, a former senator representing Kogi West Senatorial District, known for owning one of most expensive car collection in the country, was dumb-founded after spotting few of the cars in Dubai Police fleet.

These eye-catching supercars are often seen at National events such as Dubai Marathon, the UAE cycle tour or other parades and celebrations. 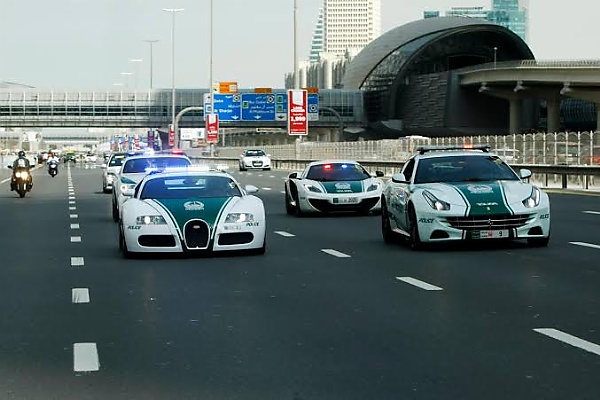 Here is a top ten list of the most eye-catching cars used by Dubai Police. 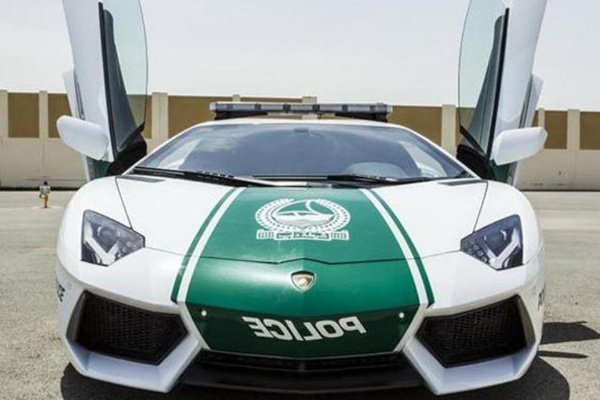 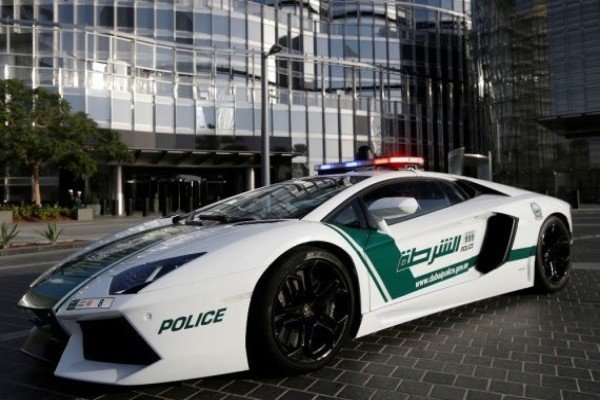 Following the announcement of the addition of $550,000 Lamborghini Aventador to its fleet in 2013 through its Twitter feed, @DubaiPoliceHQ, a flurry of tweets with the hash tag #OnlyinDubai follows with one user saying :

“Lambo Cop Cars. Do not speed in Dubai. They will hunt you down and in Italian sports cars.” 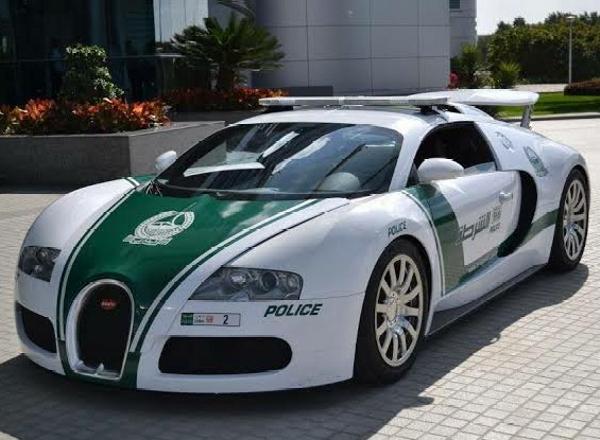 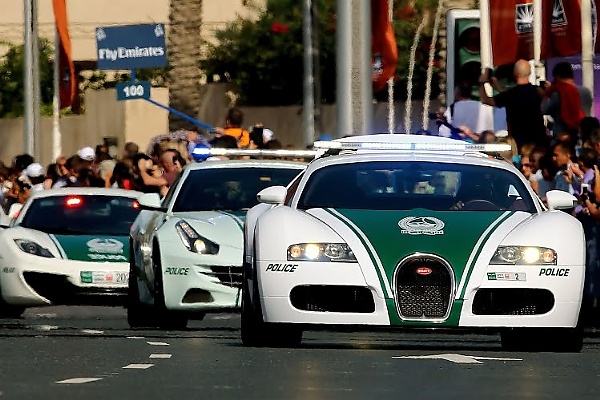 Described as the jewel in the crown of the Dubai Police collection, the Bugatti Super Sport hypercar is the most valuable at around $2 Million.

With a top speed of 431kph, the Veyron is one of the fastest street-legal production cars in the world. 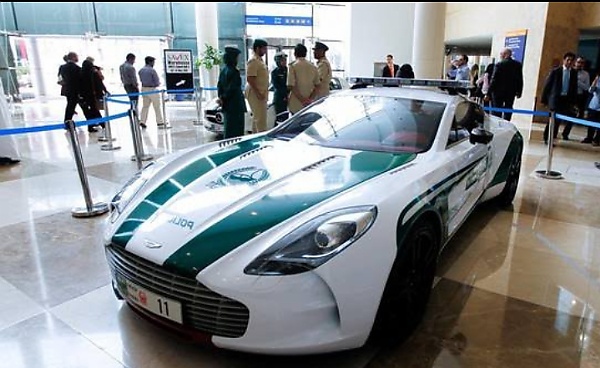 This British-made $1.4 million Aston Martin One-77 is the most exclusive Aston Martin of the ‘Gaydon era’. It is one of the 77 that is been produced. 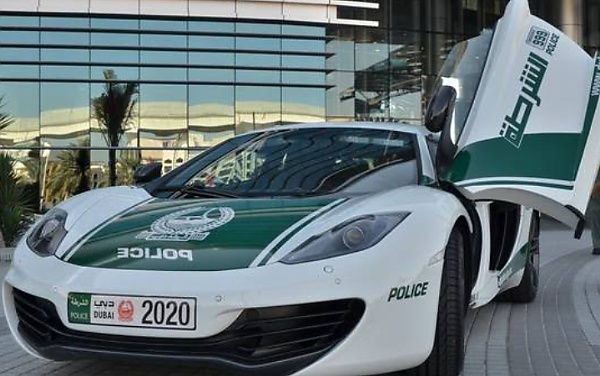 Starting at around $265,000, the McLaren MP4-12C is another British-made high-performance car in its fleet.

It’s race-derived mid-mounted twin-turbocharged V8 produces 616 hp, allowing a zero to 60 mph in three seconds on its way to top speeds of at least 204 mph. 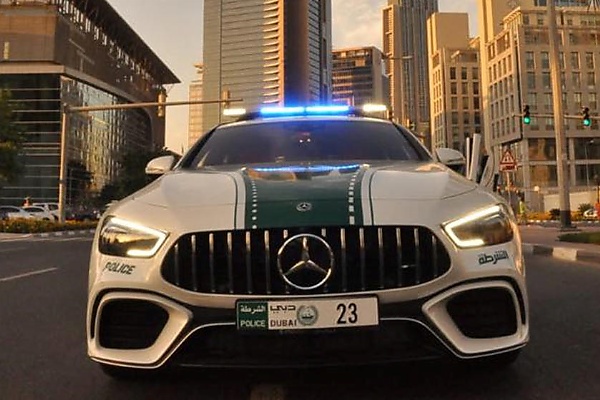 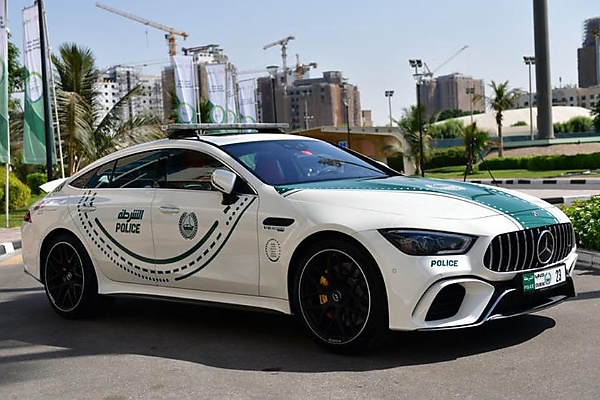 In December 2019, the Dubai Police Department announced the addition of a new 639-horsepower Mercedes-AMG GT 63 S to its patrol fleets. 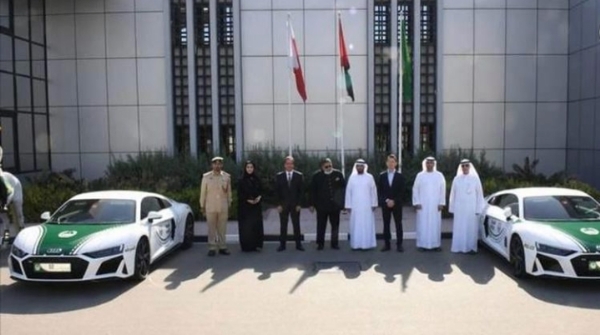 “The free-breathing V10 engine is fascinating – with incomparable sound, lightning-fast response and immense fun when turning,” the force said in a statement. 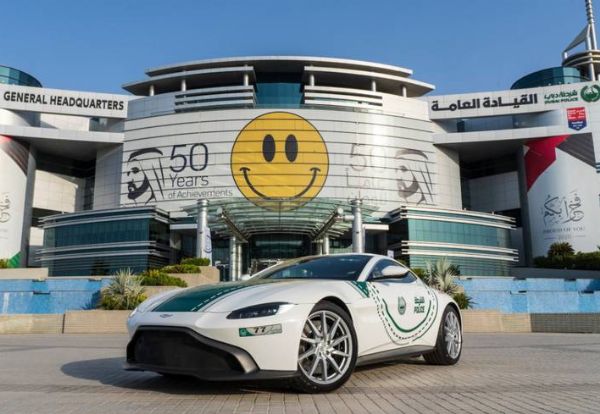 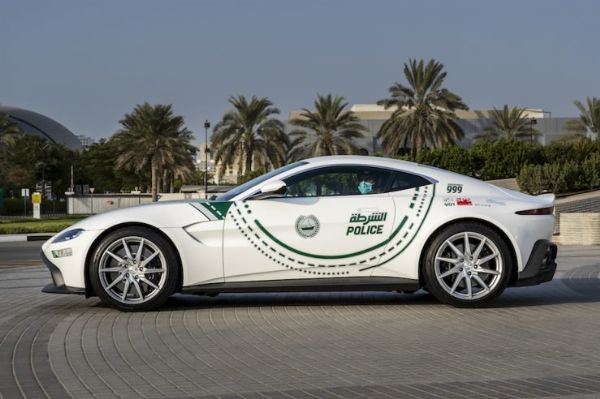 The heartbeat of Aston Martin’s sports car range, which is set to star in the upcoming James Bond’s movie, No Time To Die, joins Dubai police’s Ferrari, a Bugatti Veyron, Porsches, Bentleys, McLaren and Mercedes-AMGs. 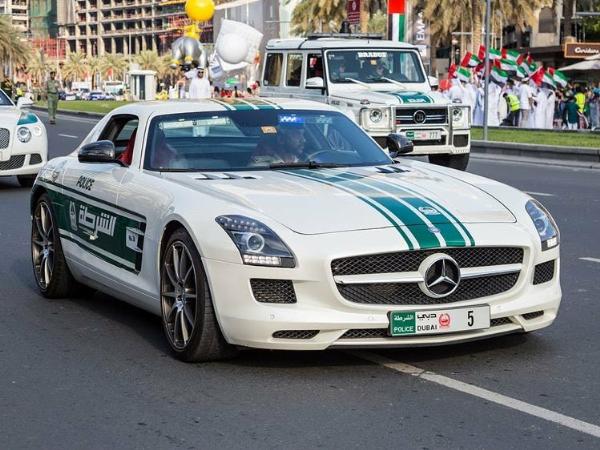 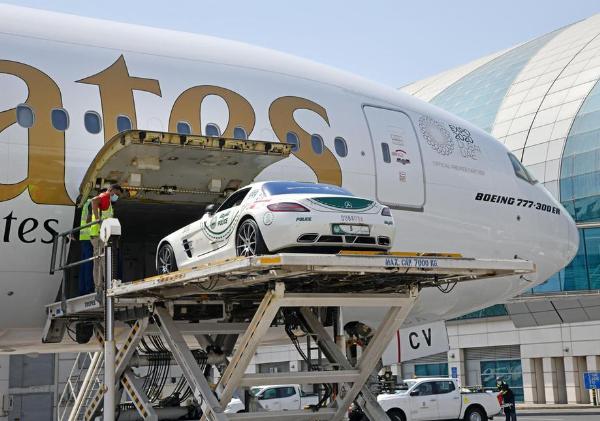 “Our participation in the race symbolises the UAE’s efforts to bring safety and security at home and to promote mutual dialogue and respect with other cultures globally,” 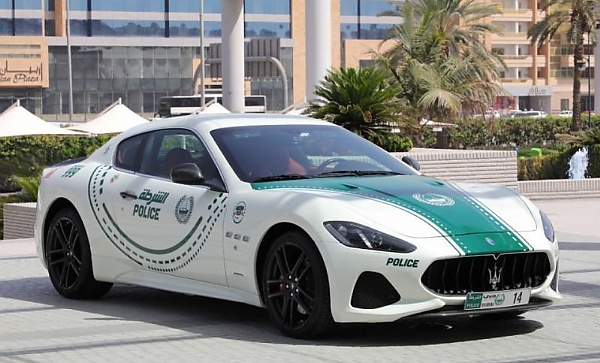 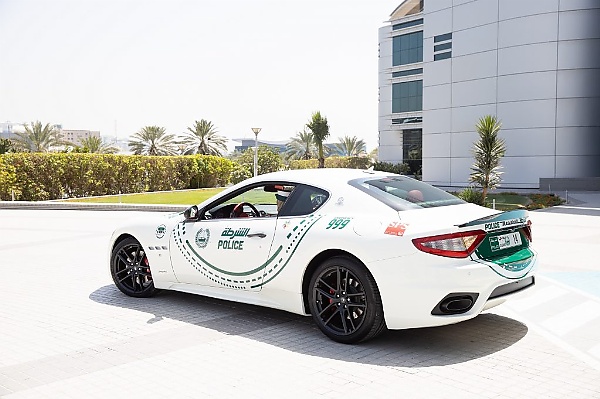 The Italian-made Maserati GranTurismo is yet another supercar in Dubai Police’s head-turning fleet of luxury patrol vehicles.

Powered by a 4.7-litre, V8 engine, the sleek Maserati GranTurismo can reach speeds of up to 300kmph. 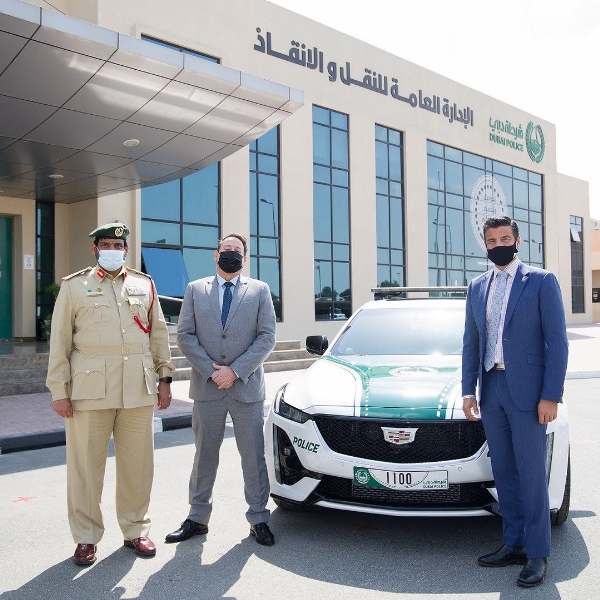 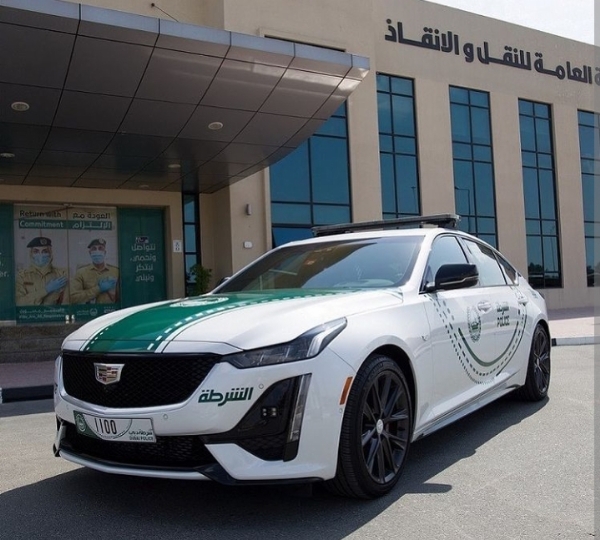 “The UAE in general, and Dubai specifically, are renowned for their standards in safety and security, but also of luxury,” said Maj Gen Dr Mohamed Al Razouqi.

Bentley Mulliner Batur Teased Ahead Of Debut On Aug. 20th