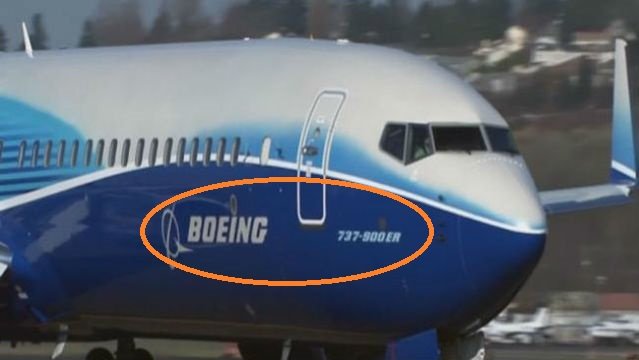 The credibility of the Boeing 737 Max 8 is being questioned all around the globe after the recent crash of Ethiopian Airlines that claimed 157 lives. There was also a Boeing 737 Max 8 that crashed four months earlier before the Ethiopian airlines aircraft crashed.

The two crashes of the same aircraft model in a space of four months have raised a lot of safety concerns all over the world. Some countries like China, Singapore, Australia and some others have (temporarily) banned the operation of that model of aircraft in their aerospace.

In order not to take chances of unknowingly taking a trip in one of the Boeing 737 Max 8 aircraft, we at Autojosh have a clue of what you can do to always ensure you don’t travel with a Boeing 737 Max 8 Aircraft at least for now.

Below are 5 easy ways to know the type of aircraft you’ll be flying in before you head into the skies:

This is one easy way with which you can know that the airline you want to travel with will not be putting you in a Boeing 737 Max 8. You can call the customer care service to confirm if the they operate that model on that route. They may even tell you out-rightly that they don’t have that model in their entire fleet or there is a ban that prevents the model from flying in the country’s airspace.

Before you book your flight, you can check the type of aircraft your chosen airline usually operates on the route you intend to travel. To do this, check the flight number that ply’s that route by googling “klm flight from lagos to amsterdam” as seen in the image below if you intend to use KLM from Lagos to Amsterdam. This will reveal the flight number for that route which is usually “KL 588”. The next step is to google the flight number “KL 588” to see the aircraft type which is Airbus A330-300 (twin-jet) in this instance. You also need to be aware that there is a possibility that the aircraft type can change from time to time without notice. 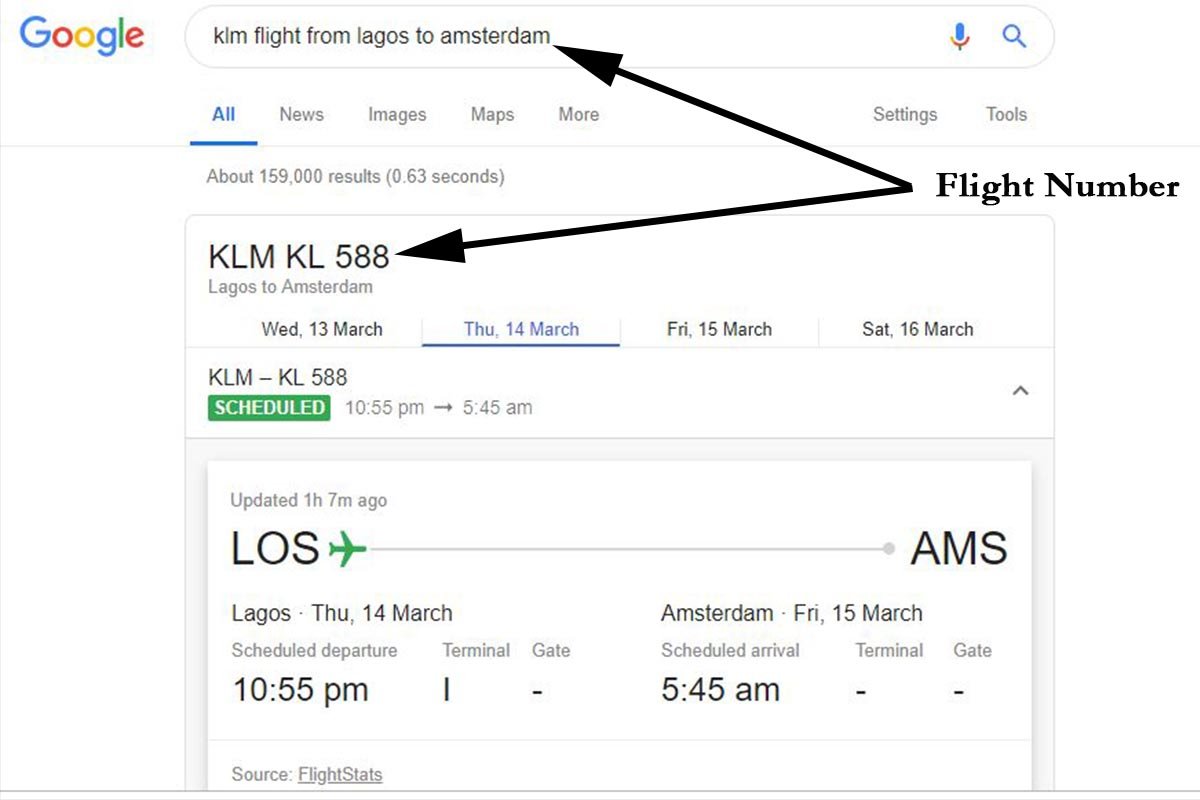 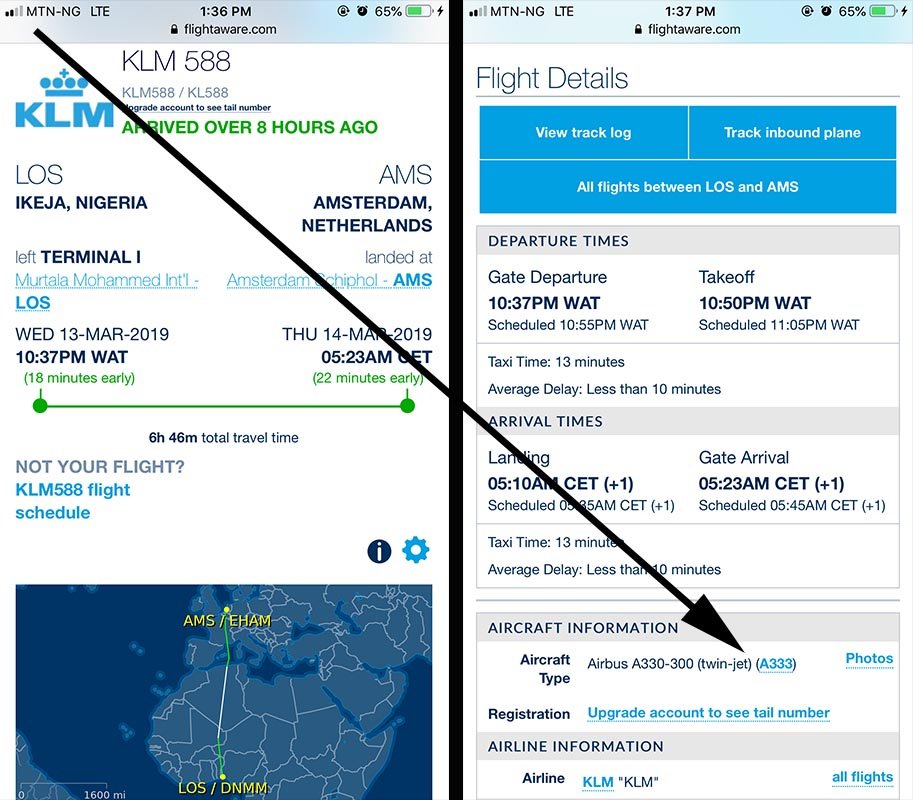 Immediately your flight booking is confirmed, you’ll get a printout or email copy of the details of your flight. The document usually contains the type(s) of aircraft that will take you to your destination as seen in the image below. 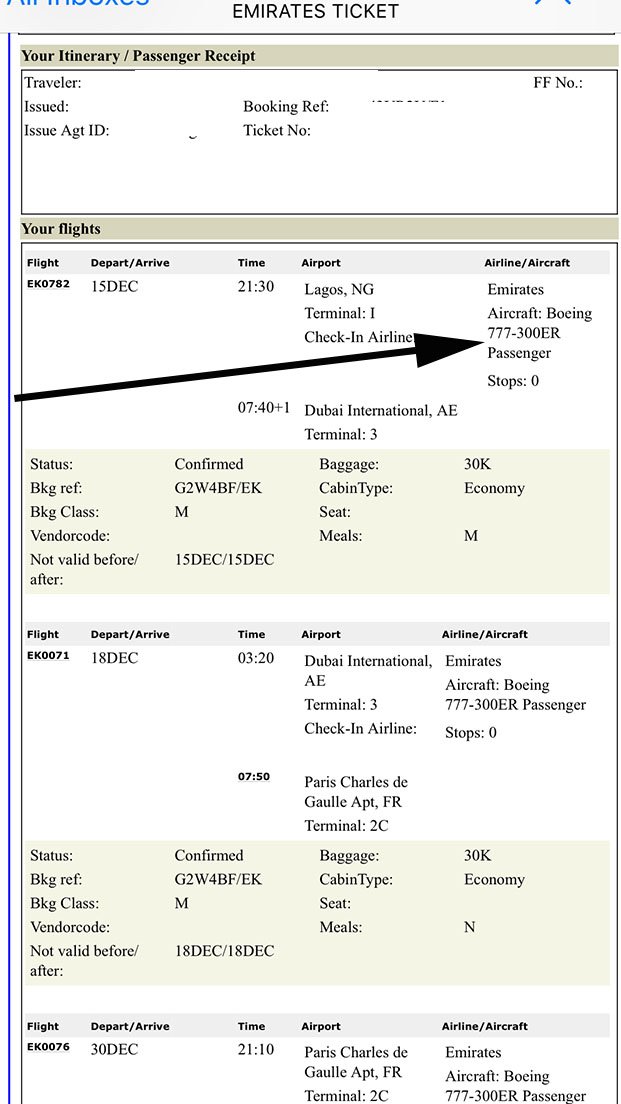 If you can’t find the aircraft on all the documents you’ve been given, you can log on to www.checkmytrip.com and key in your booking reference. Nope: App download may be required.

You may also like: Boeing Quietly Unveils The World’s Longest Passenger Plane — The Boeing 777X

5. Model inscription on the actual plane:

After picking up all the duty free products, don’t forget to take a look at the actual plane that is waiting for you at the boarding gate because seeing they say is believing. Those who know how to differentiate airplanes can tell at a glance while other who don’t may be fortunate to spot the aircraft type inscribed on the body of the plane. 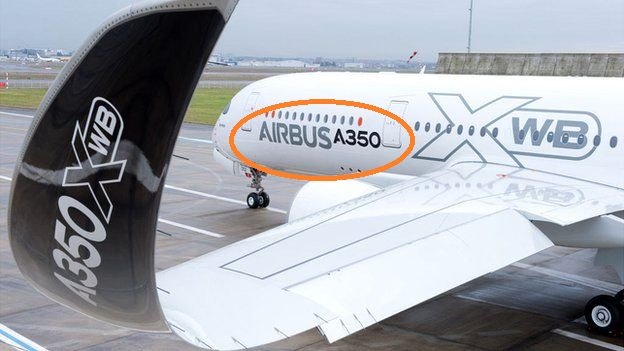 If you found this information good enough, kindly share until it gets to everyone that needs to know this. Do you have any other tips, don’t forget to drop it in the comment section below.

Related Topics:737boeingMax 8tips
Up Next

Jagaur Shows You How To Set A Perfect Driving Position