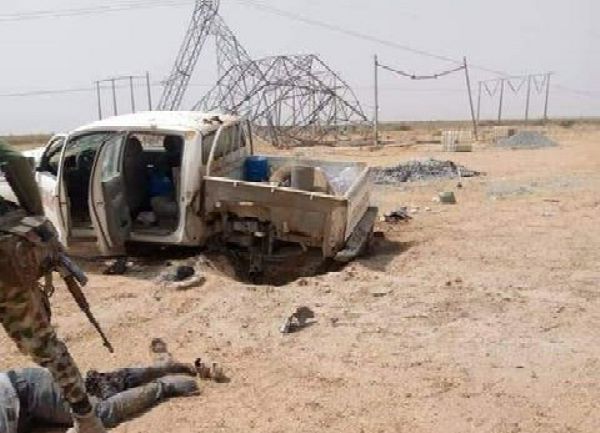 One of the vehicles workers conveying the workers to repair a damaged tower exploded after climbing the “land mines”. 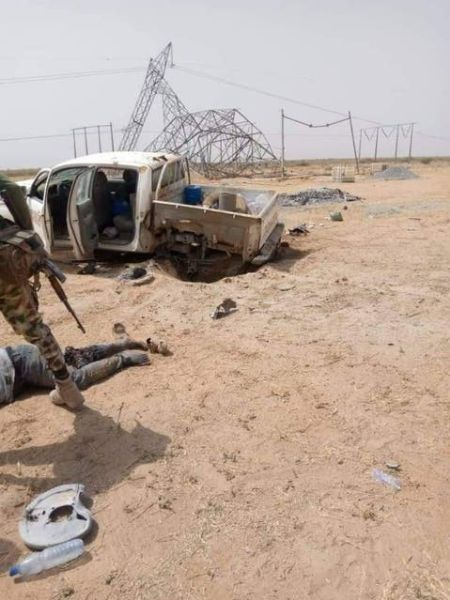 The workers were on a mission to repair a T159 kilovolt tower along Maiduguri-Damaturu road reportedly damaged by the insurgents 6 weeks ago.

A witness, Bitrus Yaga, who narrowly escaped the tragedy, explained that the mines exploded when one of the vehicles conveying the workers climbed it.

“We thank God that none of them died in the explosion, but all the five persons were seriously wounded as a result of IEDs planted by Boko Haram. They are currently at University of Maiduguri Teaching hospital receiving treatments,”

A security source, who also confirmed the incident, said :

“just got an information that power company staff working on the light issue along Maiduguri – Damaturu road, ran into a planted IED and their vehicles destroyed.”

According to reports, the injured workers are currently receiving treatments at University of Maiduguri Teaching hospital.

Dangote Pays N500,000 To Each Family Of 8 Students Killed In Truck Crash In January