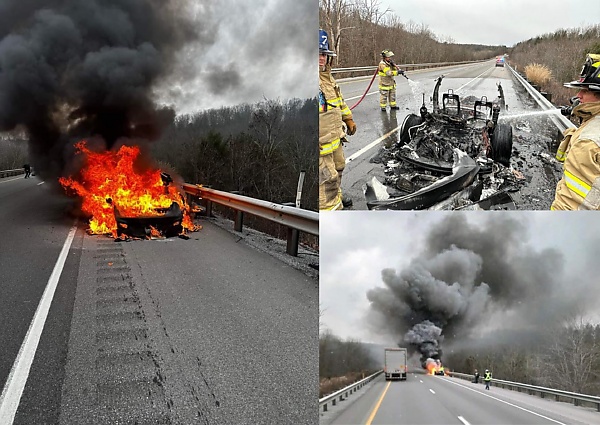 The fire started when a piece of debris on the road hit underneath of the all-electric Tesla Model S sedan.

Extinguishing the fire on the all-electric Tesla Model S required more gallons of water due to the lithium-ion battery. 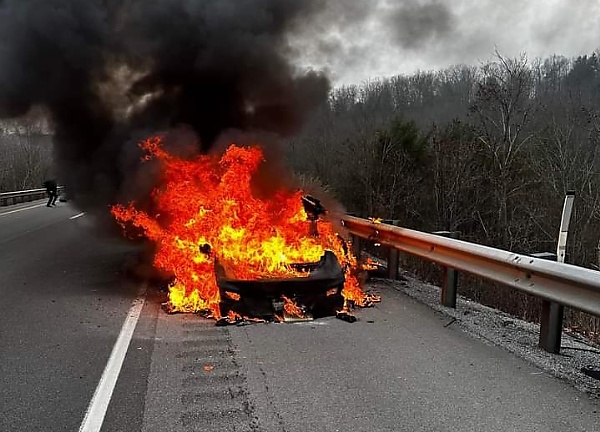 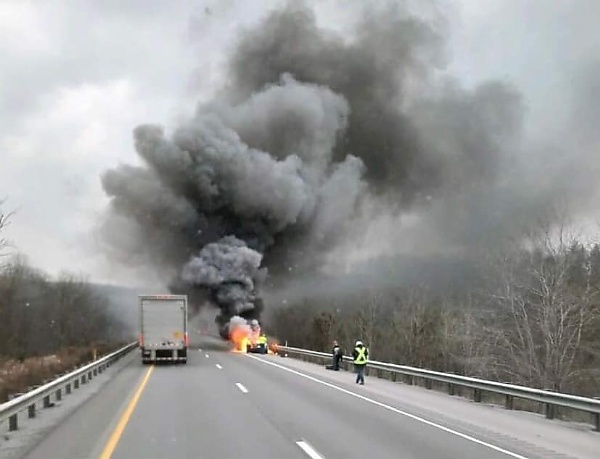 It took Fire Fighters about two hours and thousands of gallons of water to put out a fire that eventually burned down an all-electric Tesla Model S luxury sedan to the wheels.

The couple who owns the Tesla Model S and had just bought the $104,990 all-electric car the preceding week, said the fire started when a piece of debris on the road hit underneath of the car. Fortunately, no one was injured as the owners were able to get out of the car before it burst into flames. 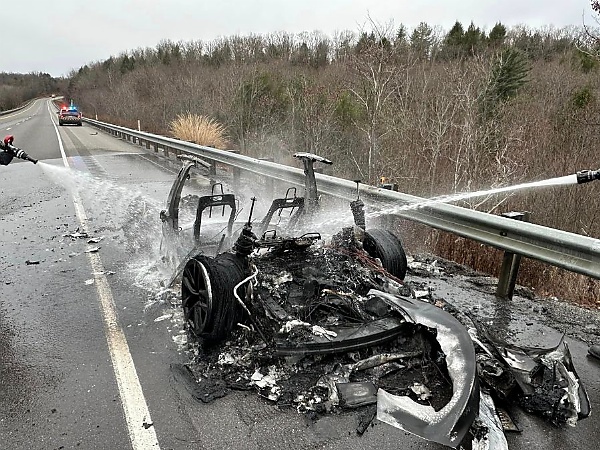 According to fire department, Morris Township Volunteer Fire Company, about 12,000 gallons (45,425 liters) of water were used to put out the fire on the burning all-electric sedan. 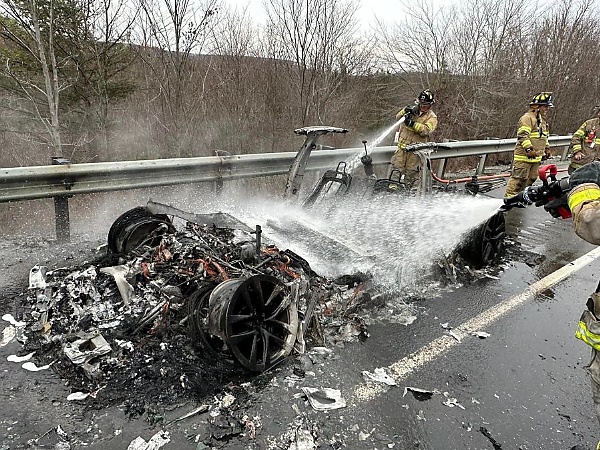 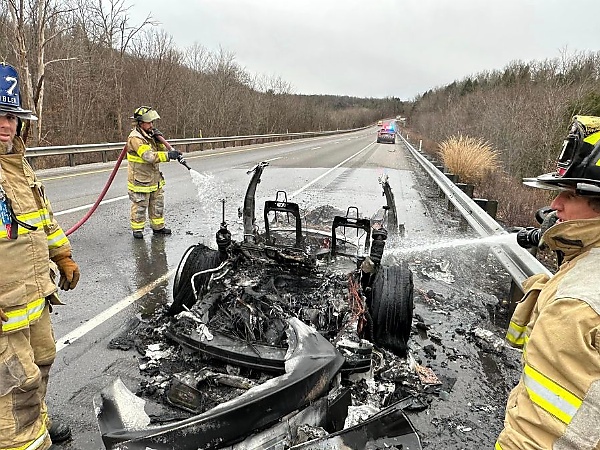 The department was forced to call for additional tankers from three other fire departments when 4,000 gallons (15,141 liters) of water from its two tankers was insufficient to quell the blaze.

While as little as 500 gallons (1,893 liters) of water may be needed to put out a normal car fire, an all-electric car fire will require more due to its the lithium-ion battery, according to the fire department. 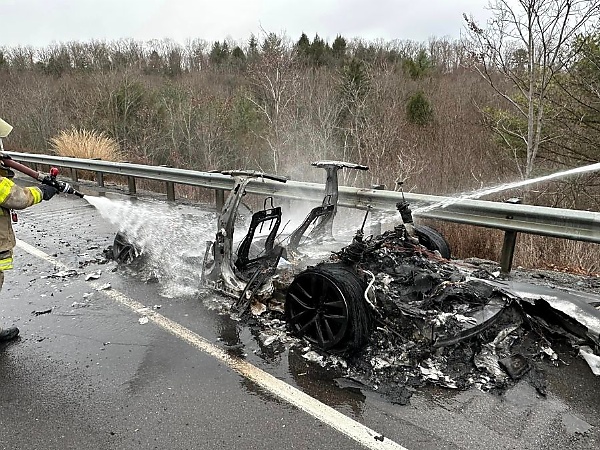 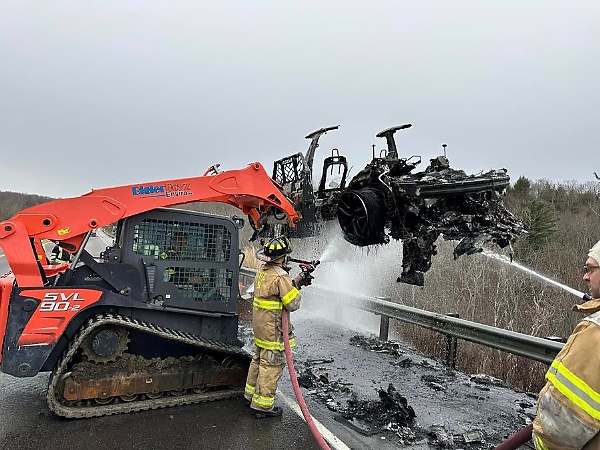 “Due to the lithium-ion battery on the vehicle, extinguishing this fire would require additional tankers as the vehicle would continue to reignite and burn fierce at times,” the Morris Township Volunteer Fire Company wrote on Facebook.

“In total, it took crews nearly two hours of continually applying water on the vehicle as the battery would begin to reignite and hold high temperatures.”