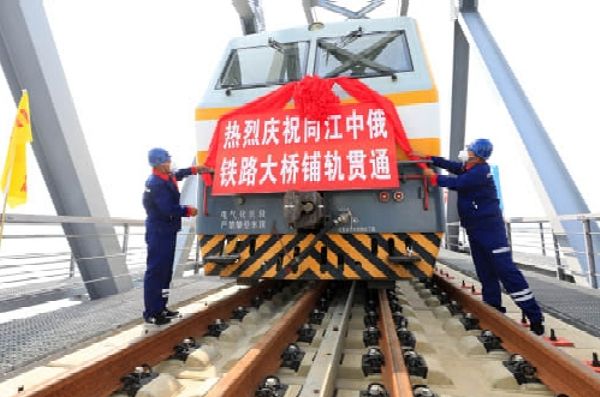 With the new bridge, the railway transportation distance from China’s Heilongjiang province to Moscow via Tongjiang will be shortened by 809 kilometers (500 miles), cutting 10 hours of transportation time.

But the Tongjiang-Nizhneleninskoye Bridge isn’t the only bridge linking two of the world’s biggest countries. A road bridge which can handle regular freight coming on trucks was unveiled in 2019. It connects Heihe in China and Blagoveshchensk in Russia.

These two cities are also working on what will be the world’s first cross-national-border cable car. When complete, the project, designed by Dutch architects UNStudio, will be able to ferry tourists from one side to the other in less than eight minutes.