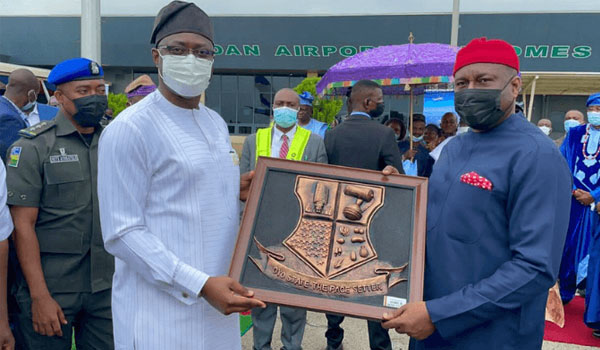 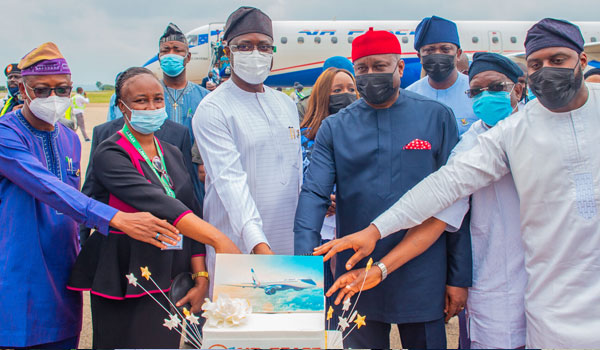 Foremost indigenous airline, Air Peace, has been commended for expanding its routes across the country.

The Oyo and Anambra state governments commended Air Peace for its ‘N o city left behind’ programme, which links different parts of the country by air.

The Governor of Oyo State, Seyi Makinde, who welcomed the airline when it made its scheduled flight operations to Ibadan Airport, said the coming of Air Peace to the state was a big relief to the teaming city travelers as the airline has immediately “crashed the airfare from Ibadan to Abuja to affordable level”.

Governor Makinde said the state would make the route an economically viable one for the airline.

“The coming of Air Peace will strengthen and enhance the economy of the state. We have a dry Port here that will facilitate the clearing of goods in record time. This will take the stress off importers in the state and neighbouring states and save them the stress of going to Lagos port to clear goods”, the Governor said.

Speaking, the Chairman and CEO of Air Peace, Allen Onyema, promised to link Ibadan to every geo- political zone of the country. He also said opening of the Ibadan route is part of the airline’s “no-city-left-behind” aimed at interconnecting various cities across.

Onyema said, “Plans are already on to commence Port Harcourt to Ibadan flights. Abuja, Ibadan to Kano flight is also already in the pipeline. I believe in the oneness of Nigeria. As a nationalist, I am going to connect all cities in the country.”

The Air Peace flight was received by the Olubadan of Ibadan, His Highness, Oba Saliu Adetunji at the Airport. 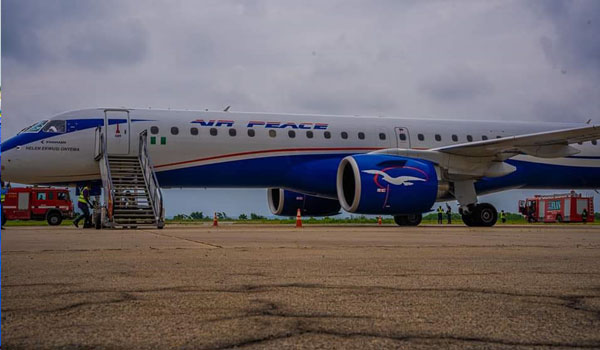