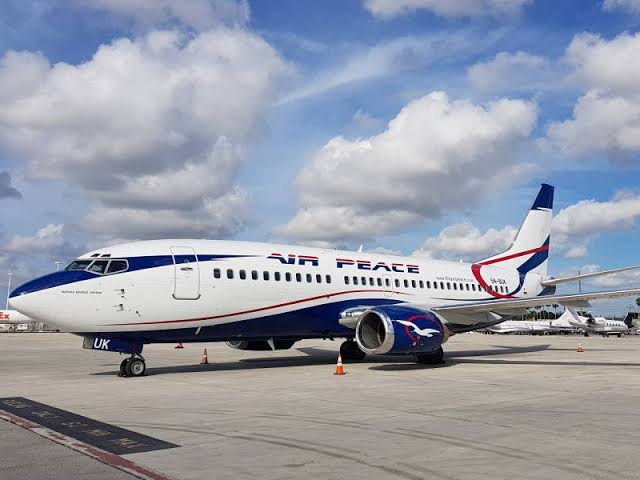 A 72 years old man has been confirmed dead after he collapsed on board Air Peace Flight P47182 traveling from Calabar to Abuja.

According to reports, a source Magaret Ekpo Airport Calabar said the deceased had paraplegia due to spinal injury sustained in 2019 and was traveling to Abuja for a medical check-up when the incident happened.

The deceased reportedly fell sick on board Air Peace traveling to Abuja but was confirmed dead by Port Health official who said he had zero pulse.

The deceased was satisfied fit for travel after he was dropped off at the airport by his daughter.

Confirming the incident, Stanley Olise, a spokesman to Air Peace said there was no indication that the deceased was severely sick while boarding in Calabar.

“The passenger was certified fit to fly by Port Health officials in Calabar before boarding our aircraft, but the passenger developed a medical condition in-flight.

“On arrival at the Nnamdi Azikiwe Airport Abuja, we urgently notified the Port Health officials who confirmed the death and took the remains of the passenger to the hospital for the necessary protocols. Air Peace has thoroughly decontaminated its aircraft and Port Health is on top of the situation,” Olise said.

Nissan’s Next Pathfinder To Be More Rugged Than Current Model

Autojosh.com is an authoritative car blog in Nigeria. Its objective is to get Nigerians and a wider audience to be more informed about automobiles, the automotive sector and transport infrastructure. Over the years, we have been instrumental in creating immeasurable public awareness about automobiles and their maintenance, safety and traffic laws, amongst others. ...Your mobility, our priority. NE