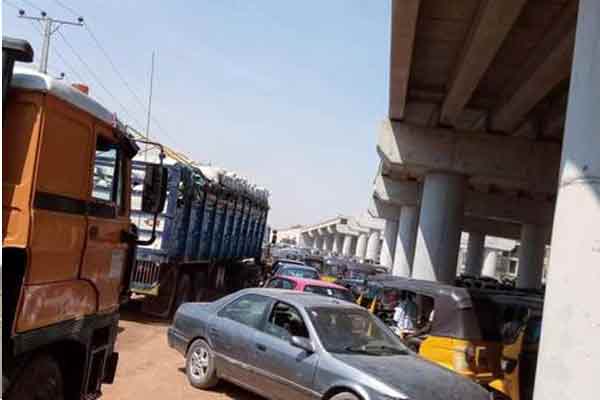 The newly inaugurated Total Junction fly-over in Jimeta metropolis of Adamawa is expected to last for 50 years, says the Project Engineer, Mr Ghanem Ghasan of Traicta Construction Company. The fly-over, a project of the Adamawa Government, was inaugurated on Saturday by the former vice president, Alhaji Atiku Abubakar.

Ghasan made the disclosure in an interview with newsmen in Yola. The News Agency of Nigeria (NAN) reports that the project was awarded by Gov. Ahmadu Fintiri of Adamawa in August 2020. Ghasan said the project was executed up to standard before the timeline, supervised by consultant and the state’s Ministry of Works.

He said that the project was successfully delivered on time due to timely release of funds by the state government. “We have the capability of doing the job, that is why we completed it within nine months instead of 12 months and the state government is also serious about the job; we are serious too.

“The design have been of high standard that can reach up to at least 50 years because, during the execution, we followed all standards and it was supervised by the consultant and supervisory ministry,” he said.

ccording to him, the company encountered a lot of challenges in supply of materials including cement and rods because of increase in prices of the products.

He added that the company was currently constructing an inter-change fly-over at Police Roundabout in the state and ready for any other project if given the opportunity. (NAN)


Related Topics:First Fly-Over-Bridge-AdamawaJimeta-Adamawa
Up Next