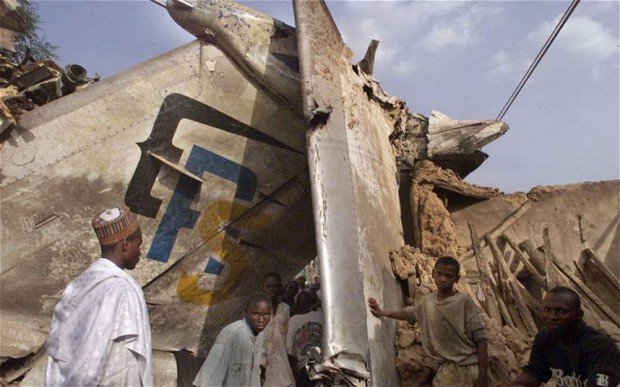 The chance of surviving an air crash is very slim and as such is a disaster when they occur. According to statistics, most air crash occur during takeoffs or landing. Crashes during aircraft cruising are very minimal.

According to the Convention on International Civil Aviation, aviation accident is defined as an occurrence associated with the operation of an aircraft, which takes place from the time any person boards the aircraft with the intention of flight until all such persons have disembarked, and in which:

It is worthy of mention to say that the first fatal aviation accident was near Wimereux, France, on the 15th day of June, 1785. The crash killed Jean-François Pilâtre de Rozier who is the balloon inventor, and the other occupant, Pierre Romain.

According to the research we at Autojosh were able to put together, the first plane crash in Nigeria occurred on April 12, 1942 at about 8:15pm on Igbo Ilapa Hill. It is a hill in Ikogosi town of Ekiti state. Ikogosi is the town where warm and cold spring co-exists on a spot. It attracted a lot of tourists.

The crash was during the World War II. A cargo plane loaded with ammunition which included explosives. Even after the crash, the explosives kept exploding for several hours. The explosion set the entire forest on fire which ended up destroying everything that existed there. Till this moment, two hole riddled engines and other body parts of the plane still lies on the hill.

When it comes to the first Nigerian owned aircraft to crash in Nigeria, Nigeria as a country recorded its first plane crash on November 20, 1969. The crashed aircraft was a government-owned DC-10 aircraft. It was traveling from London and ended up crash-landing in Lagos. The crash claimed the lives of 87 passengers and a crew on board.