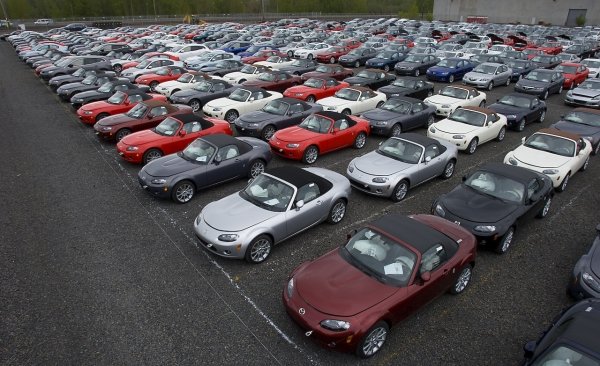 The freighter, the Cougar Ace, spent weeks on the high seas, leaning at approximately 60 degrees, but was eventually righted in an operation that cost the life of one of the team members.

Having saved the cars, Mazda was now faced with the dilemma of what to do with them. Turning down options to donate, or in some cases even sell the cars to fire extrication trainers, auto repair schools, or even Hollywood for stunts. 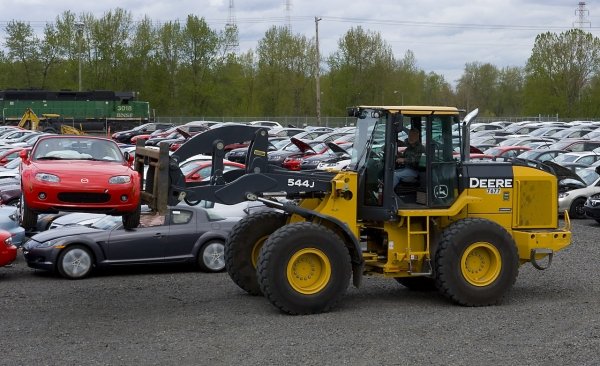 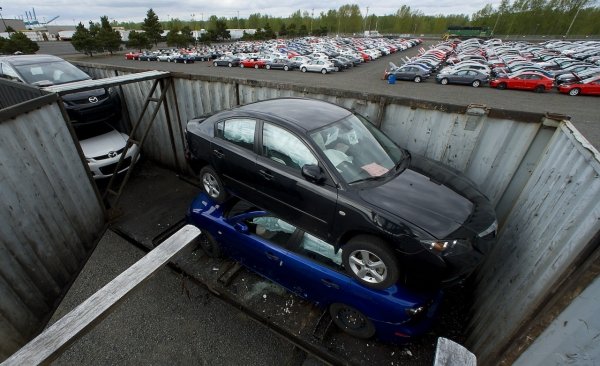 They were worried about getting sued someday if, to say, an air-bag failed to fire properly due to overexposure to salty sea air.

Mazda was also worried that scammers might find a way to sell the cars abroad, to Countries like Nigeria, as new. That happened to thousands of so-called hurricane “Katrina cars” salvaged from New Orleans’ flooding years ago.

Initially Mazda said that only 68 cars had been damaged in the crash, either by slipping their moorings or rolling into other vehicles, but it was eventually decided that all 4,703 vehicles needed to be crushed.

Mazda carefully render each part inoperable, cutting all four wheels in half, shred the cars, and recycle the steel, probably into new cars. They created a purpose-built machine to detonate all six airbags at once.

After that, one by one, the Mazdas were loaded into an Overbuilt portable crusher,where the cars are crushed.

Mazda said :We certainly didn’t save any money crushing,”. “What we saved was our reputation.”

Are The Agberos Above The Law In Lagos State?