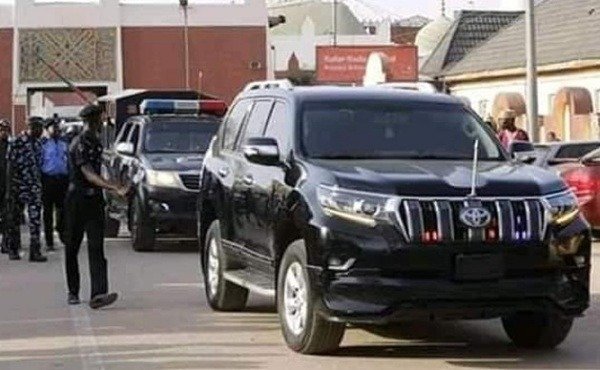 This is the moment policemen forced former Emir of Kano Sanusi II out of the palace in a Toyota Land Cruiser SUV. 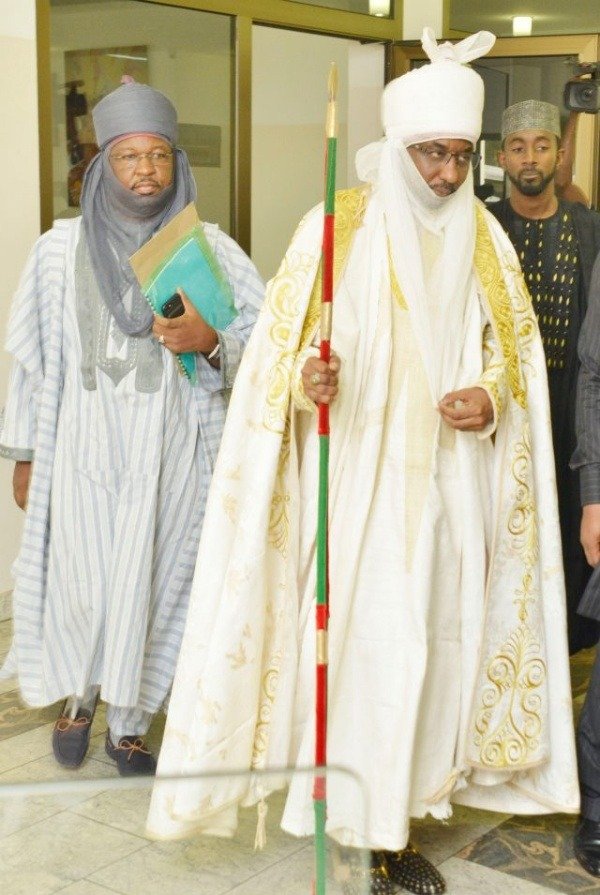 It’s no news that Kano government on Tuesday dethroned and banished its former Emir, Muhammad Sanusi II, from the state.

According to the Special Adviser to Governor Abdullahi Ganduje on Media, Salihu Yakasai; Sanusi II refused to leave the palace even after been formally informed of his dethronement on Monday.

Yakasai said the state government had to deploy policemen to force Sanusi out of the palace.

He added that the drama would have been spared if Sanusi had humbled himself and left the palace immediately he was informed of his dismissal.

“They wanted it to be a quiet thing. That is the standard, the law. A deposed emir has to leave the state as it was done in the past. But I don’t know what happened in the palace that caused the delay.

“At the initial stage, the emir wasn’t willing to leave the palace. That was why you saw what we saw with the security forces and what have you.

“If he had left willingly, I don’t think you would have seen such a reaction from the security apparatus.

“The situation, though intense, wasn’t for long and as you can see Kano is peaceful.”

The dethroned Emir of Kano was later driven out of the palace around 5:36 p.m in a black Toyota Land Cruiser SUV.