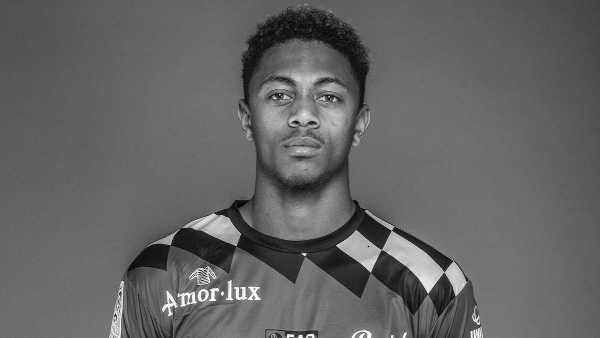 Guingamp forward, Nathael Julan involved in an auto accident on Friday which claimed his life. This was confirmed by the French Ligue 2 club.

According to local reports, the 23-years-old Frenchman had the accident while he was driving near Saint-Brieuc in France.

Reacting to the news, Guingamp made a statement on Twitter, saying: “The club had the immense pain of learning this afternoon of the accidental death of their player Nathael Julan.

“On this tragic day, all the members of the club join together to send their condolences to Nathael’s family.”

Due to the sad incident, Guingamp cancelled a friendly with Concarneau on Saturday.

The Frenchman appeared in a Coupe de la Ligue first-round. Also, in a 3-0 defeat to Lorient in the Coupe de France on November 16.

He made 10 top-flight appearances before being loaned to Valenciennes in January last year and returned to Guingamp in June.

Guingamp, who are currently in eighth positions on the Ligue 2 table, are set to return to play against Lens on January 11 in their first match since the striker’s death.

Related Topics:Celebrityautorsfrenchleague2GuingamplatestsportsnewsLeague2Nathael Julan
Up Next

See The Luxury Car Sandra Ikeji, Who Had 200 Bridesmaids, Used For Her Wedding (Photo)

Orezi To Sue Bolt For 100 Million Over Car Accident (Photos)