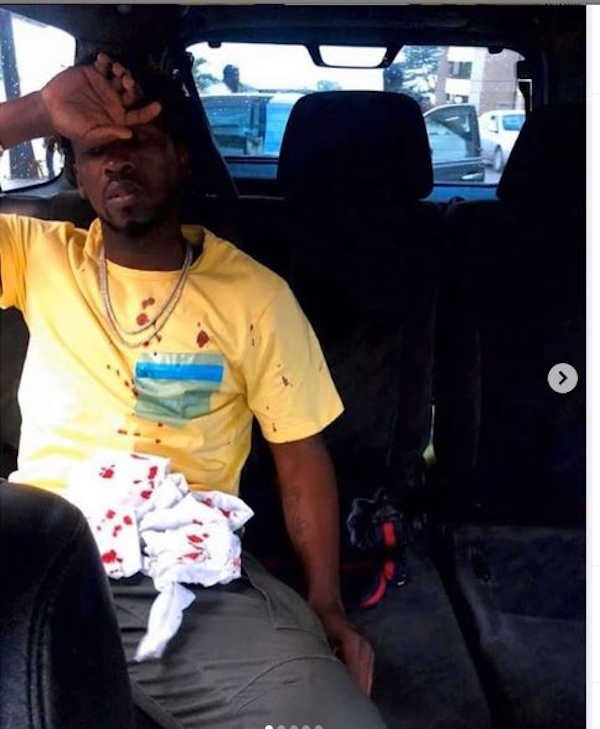 Nigeria hip-hop artiste, Orezi has demanded a sum of N100 million as damages from Bolt for “medical bills, downtime and loss of income” after his involvement in a ghastly accident.

The singer, who made the demand after he survived an accident that left him injured on the Third Mainland Bridge when riding in a cab he ordered on the cab-hailing platform.

Orezi said he ordered a cab on the Bolt App on December 6 while heading to the airport. The sensational singer was on his way to Delta State where he was to perform at a show.

The hip-hop artiste disclosed that he slept off on the way to the airport only to wake up to the car crash on the Lagos Third Mainland Bridge.

However, days after the accident, he shared a video on his Instagram’s page wearing a neck brace.

“I saw my life flash right in front of me,” Orezi said in the video.

According to his lawyers, Abimbola Fakeye Chambers, Bolt will be sued if the N100 million is not paid within seven days.

Orezi’s lawyers said: “The unnecessary hardship, loss of income, medical bills spent and more importantly, death scare arising from this incident has necessitated this letter and we have been instructed to employ every legal means to recover adequate and due recompense.

“Our client, therefore, demands the sum of 100 million Naira as damages for death scare, medical bills, downtime. Also, lost income occasioned by the reckless and negligent acts of the bolt driver.”

“You have 7 working days from the receipt of this letter to pay the stated sum of N100, 000,000.00 (One Hundred Million Naira) to our client, failing to do so, we will institute the necessary court action to recover the sum,” the counsel added. 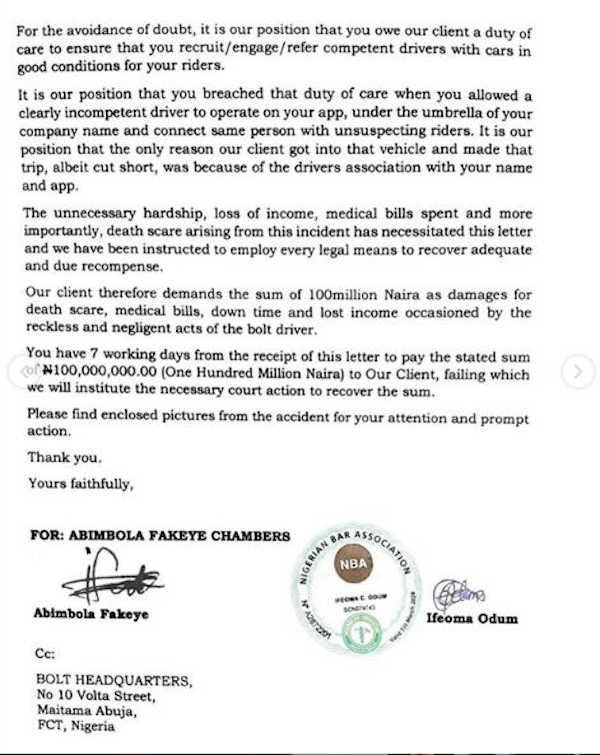 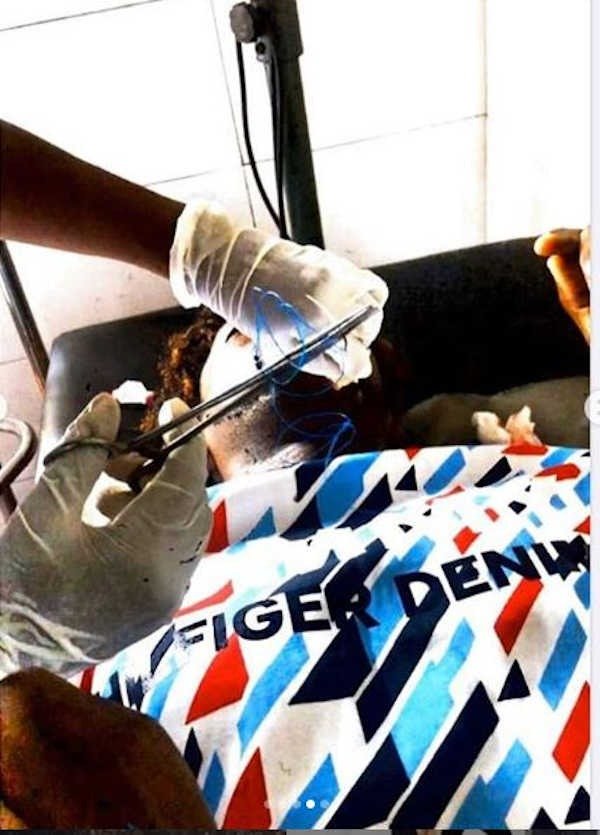 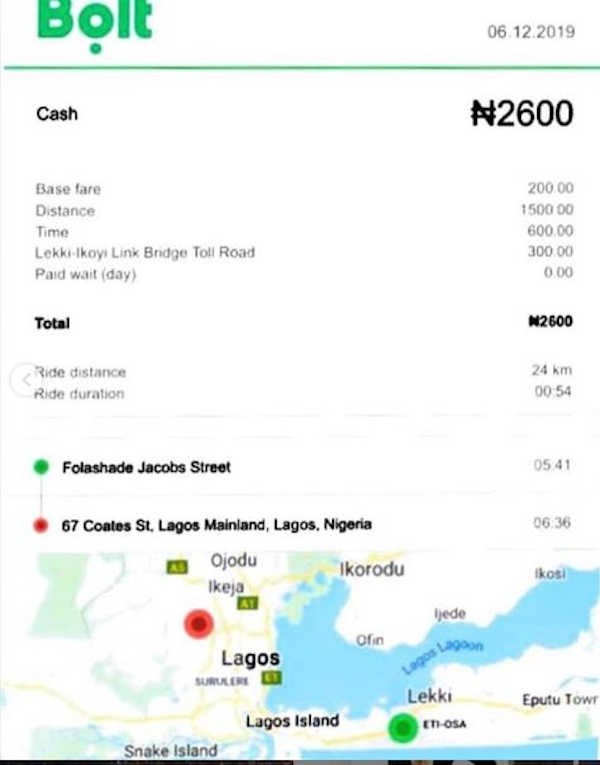