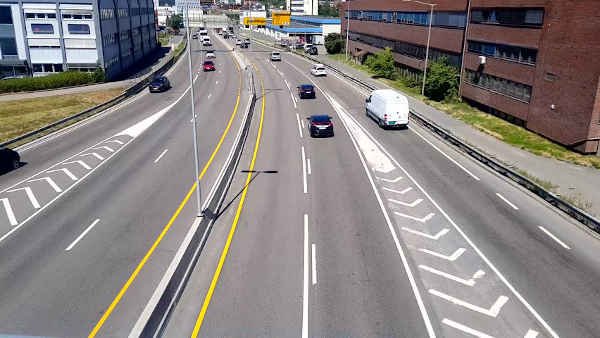 Just one case of death from road traffic accident was recorded in Oslo, Norway in 2019. And this cuts across all ages.

Official figures have shown that for the first time ever, no children under the age of 16, died in traffic in Norway last year.

Meanwhile, several people died in traffic in other parts of Norway compared to the previous year, -110 compared to 108 in 2018.

In 2017, only three people died on roads in Oslo. This is according to a report by a local newspaper, Aftenposten. This is the second-lowest number of traffic deaths was in the country.

According to the Norwegian Public Roads Administration, in the past 50 years, the number of mortalities on the city’s roads have declined drastically, down from 41 deaths in 1975.

Related Post: Hearse Conveying Corpse In A Casket Involved In An Accident (Photos)

Norway had the lowest number of deaths records in traffic in Europe in 2017. The country recorded 20 incidents per one million inhabitants.

In the same vein, the most dangerous countries in the European Union for road safety are Bulgaria and Romania. They had an average of over 90 deaths per one million inhabitants.

In 2002, the Norwegian government launched a campaign called “Vision Zero”, this was part of their national transport plan for 2018 – 2029.

This campaign has succeeded in reducing the average speed on Norwegian roads and increasing the number of safety feature-heavy cars.

Anambra State Plate Number Codes And What They Mean