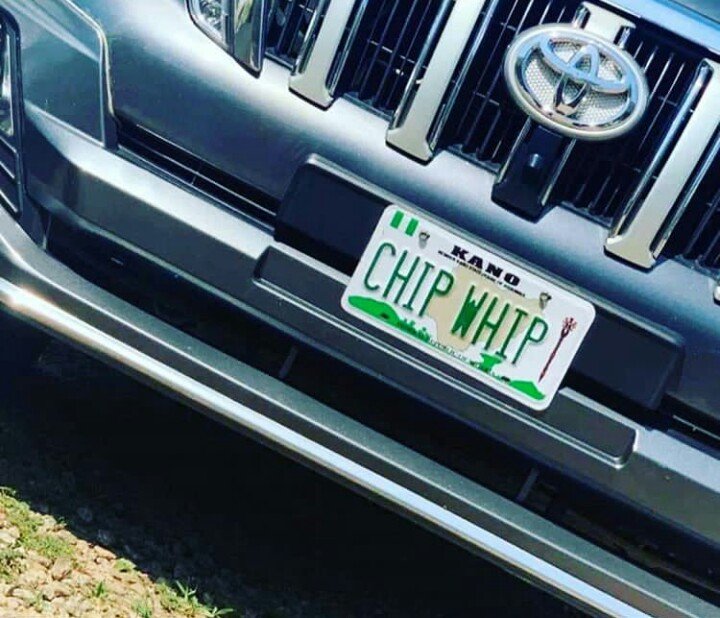 The Federal Road Safety Corps (FRSC) has denied the production and issuance of a number plate. The plate number has “CHIP WHIP” wrongly spelt on it rather than “CHIEF WHIP”. It was issued to the Kano State House of Assembly.

FRSC categorically stated that it did not originate from any of the FRSC Number Plate production centres, neither was it issued by the Corps.

For the avoidance of doubt, the lead agency in road traffic management and safety, gave reasons why it wasn’t issued by them.

First of all, they have rigorous quality procedures for producing and issuing documents. This makes the possibility of grammatical errors impossible.

Secondly, the characters of the dye are not the same with that of the FRSC production plants.

Thirdly, the colour of the graphics (Nigeria Map) on the plate is Brown instead of Green that FRSC uses.

Consequently, the Corps Marshal, Dr Boboye Oyeyemi has ordered for an investigation to the origin of the purported plate number. This is to eventually bring the perpetrators to book.

67 Popular Car Brands, Their Emblems & The Countries Where They Are Produced

Beware : See How 2005 Toyota Prado Is Converted To 2016 Model At Ladipo Market (Photos)