With factories shut and cars parked due to the Coronavirus pandemic, global air pollution has fallen in major cities.

According to the latest reports, people leaving in highly polluted areas have higher rates of deaths from Coronavirus.

Global air pollution levels has fallen significantly since major cities around the world went into lockdown to stop the spread of coronavirus.

With factories shut and cars parked in garages, air pollution has dissipated in cities. 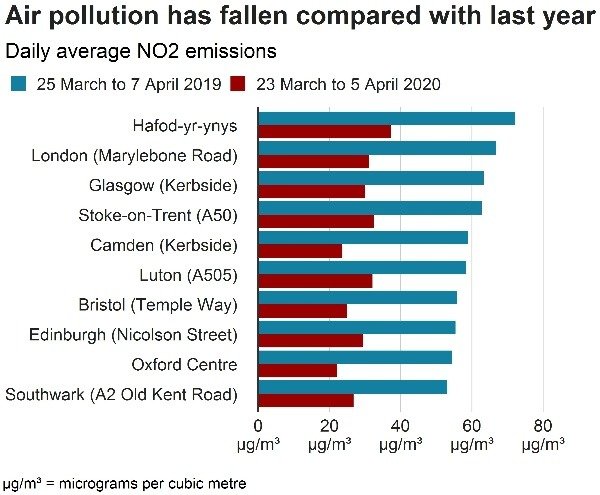 Analysis shows some cities in UK have seen nitrogen dioxide (NO2) levels fall by up to 60% on the same period last year.

NO2, released from car exhausts, is a serious air pollutant. The pollutant, which indirectly contributes to the warming of the planet, is the major causes of bronchitis, asthma, and even death.

A campaigner from “Friends of the Earth clean air campaigner”, said:

“Seeing this drop in air pollution shows that less traffic can quickly lead to cleaner air.

“Once this dreadful situation is over, we don’t want to rush to go back to where we were or worse, and we can’t have an accelerated return to business as usual.

“We can have a better, cleaner future for ourselves and the planet.”

New York covered in a haze

In New York City, where the level of traffic on the streets dropped by 35 per cent, the level of carbon monoxide also fell by nearly 50 per cent.

Just under a year ago, New York city was covered in a haze. According to the American Lung Association, the New York metro area had the 10th worst air quality in US. 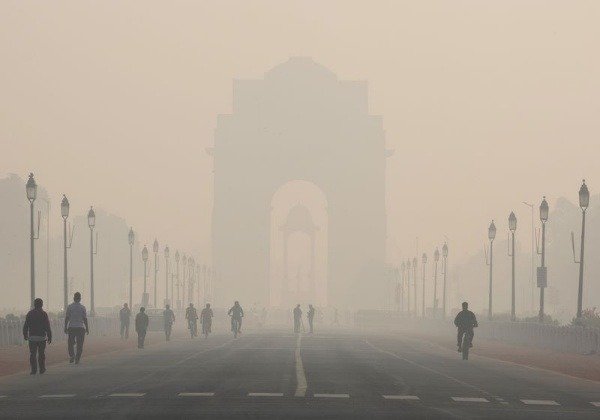 The air quality in Delhi, according to a WHO survey of 1,650 world cities, is the worst of any major city in the world 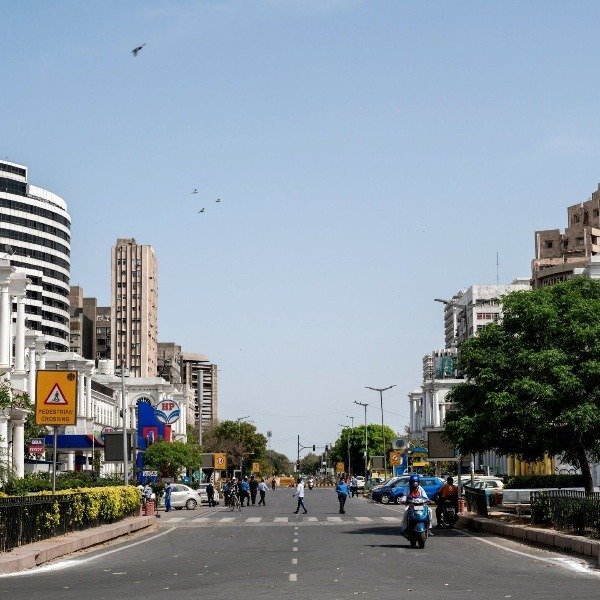 Before now, the sky over Delhi is usually smudge gray, day or night.

In Delhi, the capital of India, residents are stunned by how blue the sky really is as a strict lockdown cuts back drastically on air pollution.

On a normal day before the Coronavirus lockdown, the sky over Delhi is usually smudge gray, day or night.

In China, the levels of nitrogen dioxide in the atmosphere have dropped by about 40 per cent.

But it’s unlikely these lower pollution levels will last once total lock down is lifted.

Scientists believe that once economic activity ramps up again, the pollution levels in these cities will return to ‘normal’.

Meet The Celebrity That Bought Her Husband A Private Jet (PHOTOS)