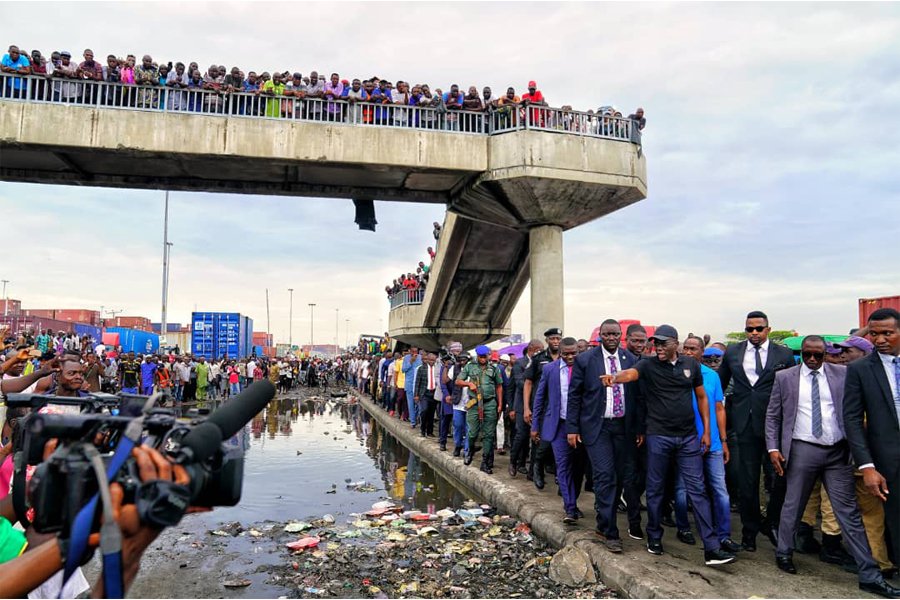 The newly-sworn Governor of Lagos state, Bajide Sanwo-Olu kicked off his tenure with an itinerary that included a visit to the deplorable Mile 2-Apapa Expressway.

That stretch of the expressway has been a major source of concern for Lagos state and to the country at large.

While there, the Governor paid a visit to the new truck park that is currently being constructed for the relocation of parked trucks that has become a menace to the society.

Sanwo-Olu who addressed residents of the Apapa area assured them that plans were on the way to find a lasting solution to the gridlock in the area.

The new Governor of Lagos state made the inspection tour of the traffic situation in Apapa in the company of his deputy, Obafemi Hamzat.

The reconstruction of the expressway has commenced. It is been carried out by Hitech Construction Company and financed by the Dangote Group. 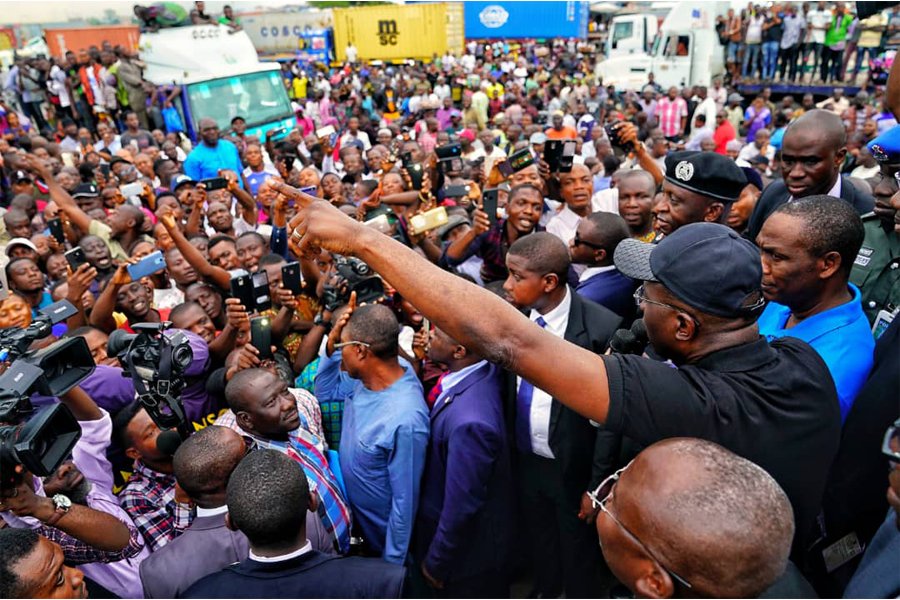 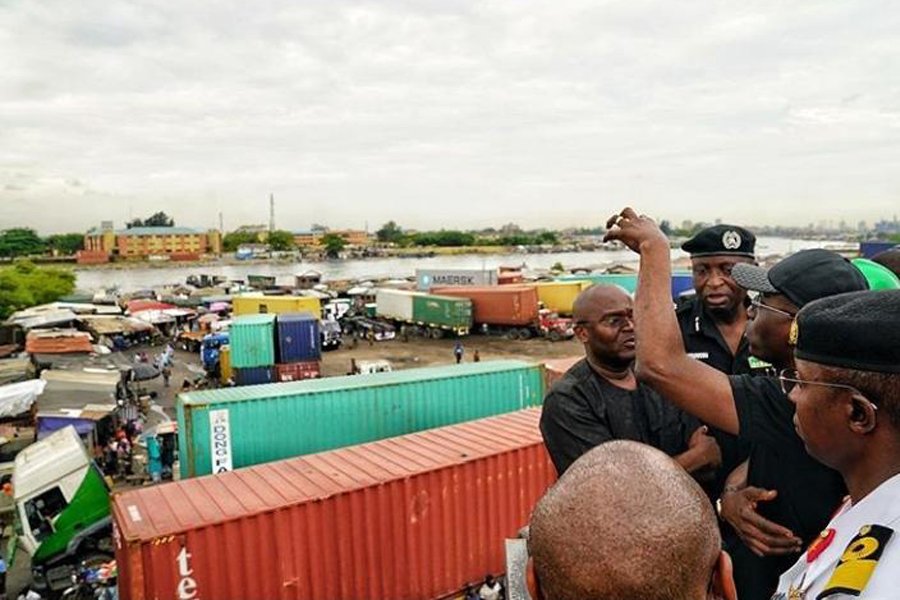 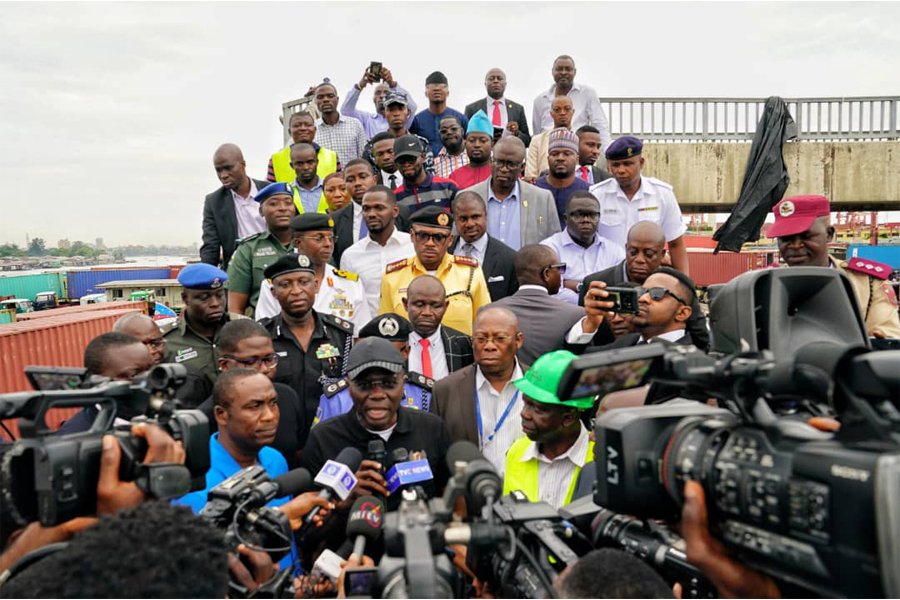 Shitta Roundabout, Surulere: After A Few Minutes Of Rainfall (PHOTOS)