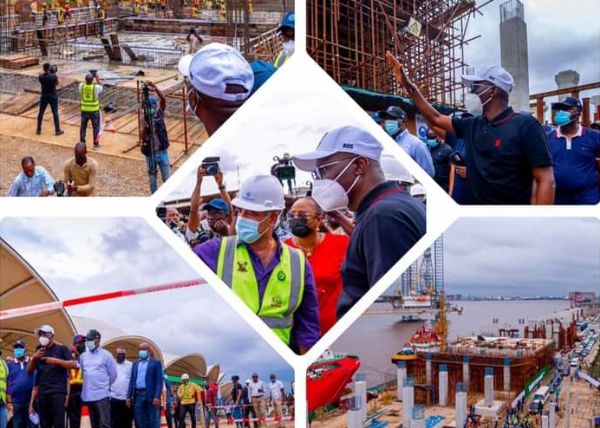 Today’s inspection came 5-months after the groundbreaking ceremony to kick off the construction of the 37-km-long Red Line. 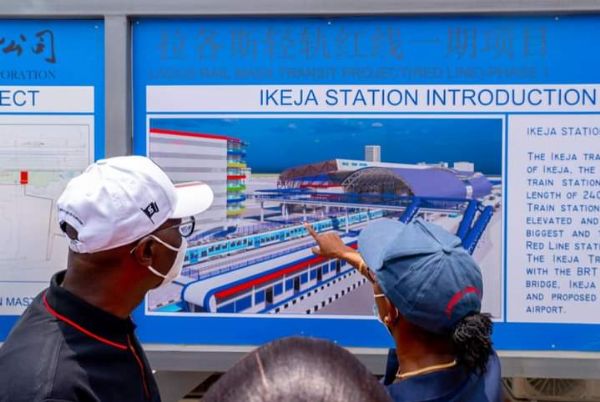 Governor Babajide Sanwo-Olu and his cabinet members defied the rain on Saturday for a physical assessment of the progress made in the construction of both Blue and Red Line Train Projects.

During the inspecting of the rail corridors to evaluate the ongoing work, Sanwo-Olu said that the 2022 deadline set for the completion of the Lagos Rail Mass Transit (LRMT) projects remains sacrosanct. 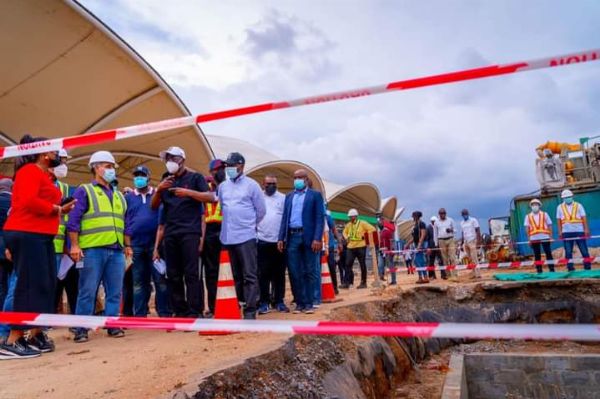 Today’s inspection came five months after Sanwo-Olu performed the groundbreaking ceremony to kick off the construction of the 37-kilometer-long Red Line, which starts from Agbado and terminates at Oyingbo.

The Blue Line project, which started in 2010, is currently at over 80 percent completion. The rail projects are being undertaken by the Lagos Metropolitan Area Transport Authority (LAMATA), an agency under the Ministry of Transportation. 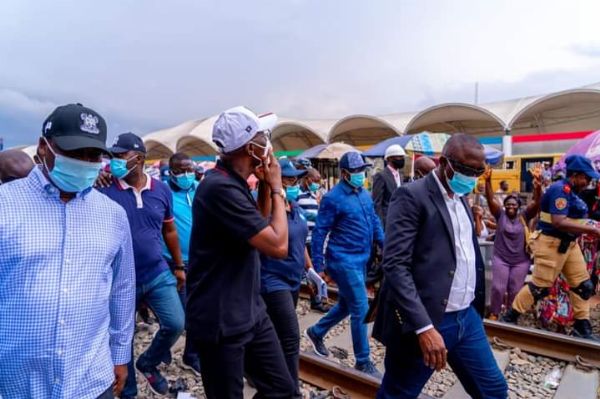 The Deputy Governor, Dr. Obafemi Hamzat, Commissioner for Transportation, Dr. Frederic Oladehinde, and other members of the State’s cabinet joined the Governor in the inspection that started at the Ikeja Terminal of the Red Line project.

Sanwo-Olu, who was visibly elated by the progress of work, said the take-off of the Red Line project represented a major breakthrough for his administration in its drive to deliver an integrated transportation model that would ease road congestion in the State. 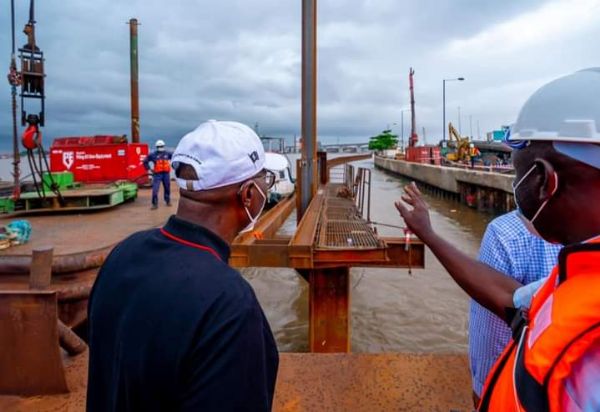 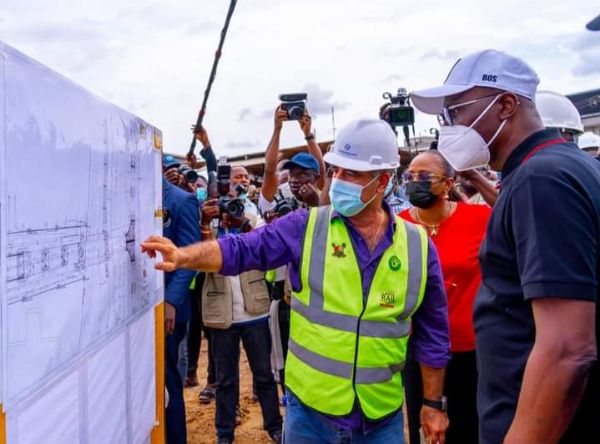 He said: “We are excited about the ongoing rail projects being undertaken by the Lagos State Government and there is a huge number of jobs being provided to Nigerians engaged by the contractor at all stages of the construction work.

There are over a thousand personnel working at the Marina Terminal alone. We are happy with the extent of work on both projects. What we have seen at the Ikeja Station, which is the second biggest station after the one being built at Marina, gives us so much hope that the projects are on course. 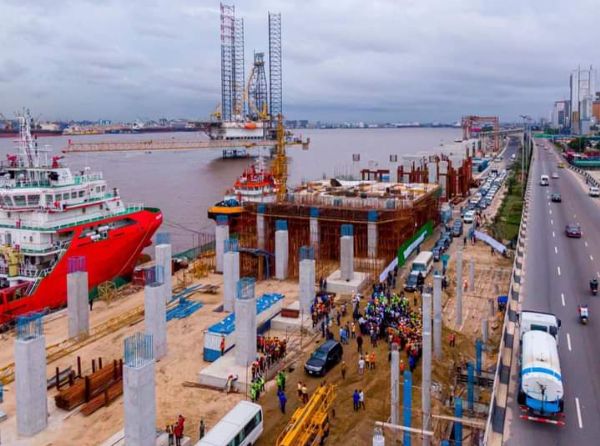 “Based on the physical assessment, we are believing that the timelines set for the completion of major engineering work are on track. We are also believing that our contractor is working on schedule. Although there are few hiccups, we believe we will be able to address and surmount them.

By the last quarter of 2022, we hope that trains would move on both corridors. And by 2023, we expect to see the full operation of both Blue and Red Lines.” 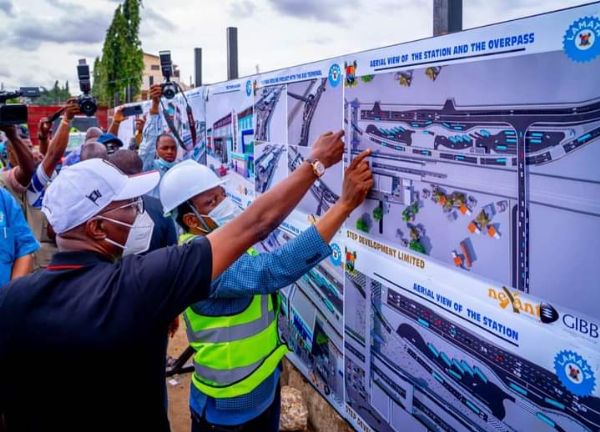 Henceforth, Sanwo-Olu said there would be quarterly assessment and monitoring of the two projects. By doing this, he said the State Government would avoid the pitfalls that stalled the progress of the Blue Line prior to his administration.

There are six overpasses being constructed at strategic level crossing points along the Red Line corridor to eliminate interactions between the rail tracks, vehicular and pedestrian traffic. 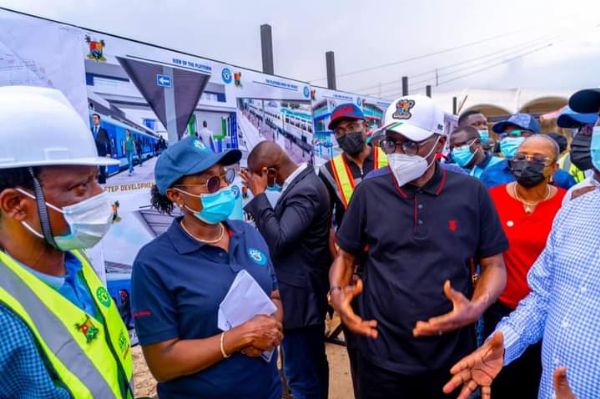 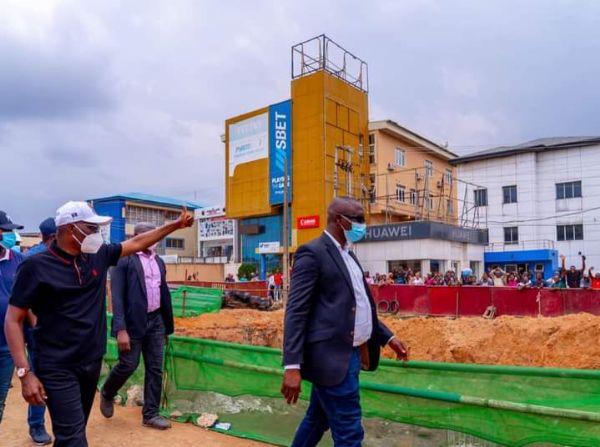 The Governor also stopped at Yaba Terminal of the Red Line, assessing the work done. He later moved to the Oyingbo Train Terminus, where construction was at the third level toward completion.

There will be a stabling extension from Oyingbo to Iddo, which would be used as a parking lot for the train. 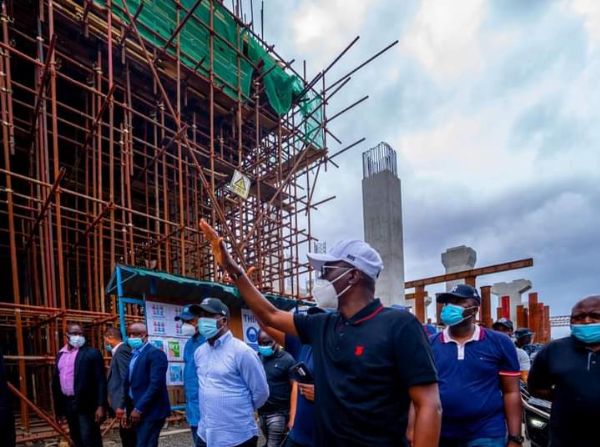 The Marina Terminus of the Blue Line, which will be an elevated station, would be a transportation hub that would offer intermodal transportation services.

“At Marina Station, not only are we building rail tracks, underneath we will have a bus station as well for the BRT and First-and-Last Mile buses. There will also be a ferry service at the Marina Station for those who want to travel through the waterways,” Sanwo-Olu said. 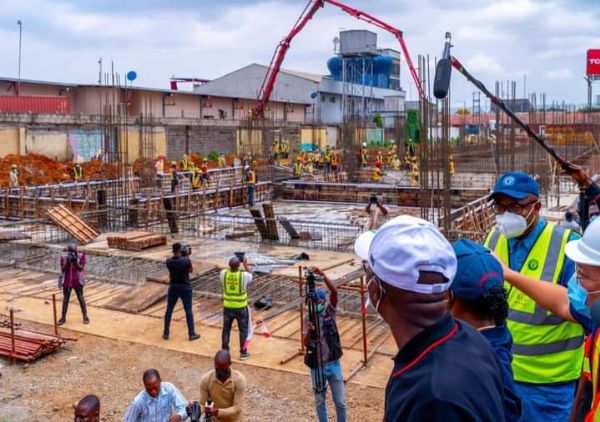 Sanwo-Olu directed engagement of engineering students at the State-owned Lagos State University (LASU), University of Lagos (UNILAG) and Yaba College of Technology (YABATECH) through internship programme to enable them have practical knowledge of rail construction.