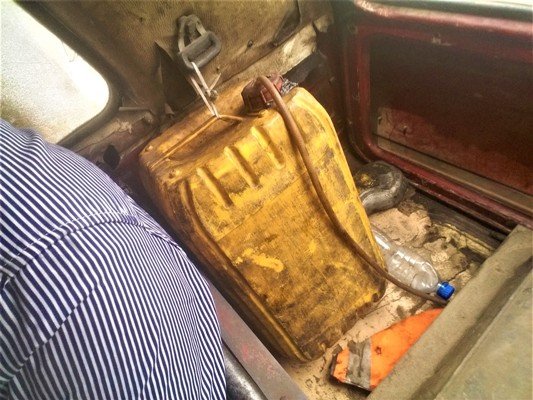 Living in an urban center in Nigeria often presents some needless risks.

There are so many practices that we seem to take for granted, but sometimes put our lives at great risk.

Sadly,some of our socio-economic activities go largely unregulated,thus allowing some of us to throw caution to the wind.

For instance, in the photo below is the boot of a commercial buses in Lagos popularly referred to as “Danfo“.

In the boot is a contraption that serves as the vehicle’s fuel tank. Simply, the fuel that drives the vehicles engine originate directly from the plastic gallon.

Ostensibly, the danfo lacks a functional fuel tanks, thus the gallon as its fuel tank.

The commuter who provided the photo narrated that throughout the trip, the entire interior of the bus was filled with the harsh smell of petrol.  It was a risky environment where as  little as the contact of two metallic objects could have ignited the petrol fumes and caused an  explosion.

How dangerously we sometimes choose to live!

Arguably, a vehicle fuel tank can get no weirder.

Or have you seen a weirder fuel tank than this? 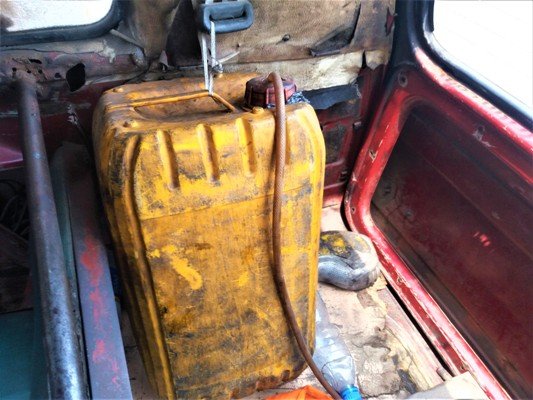 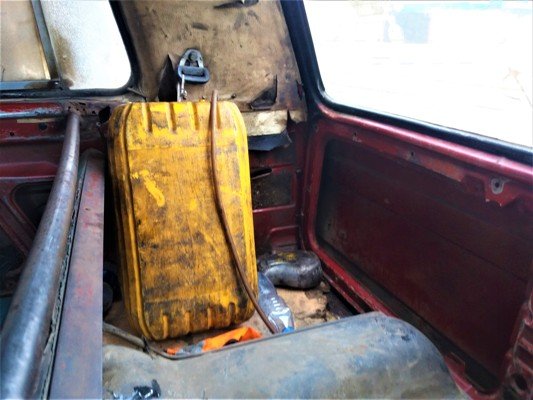 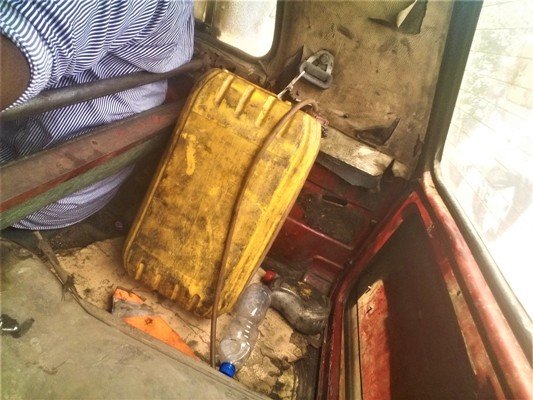 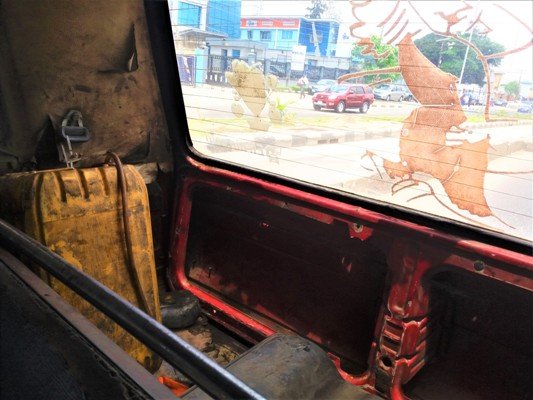 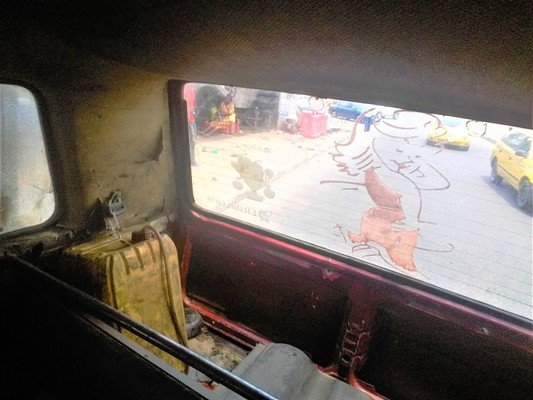