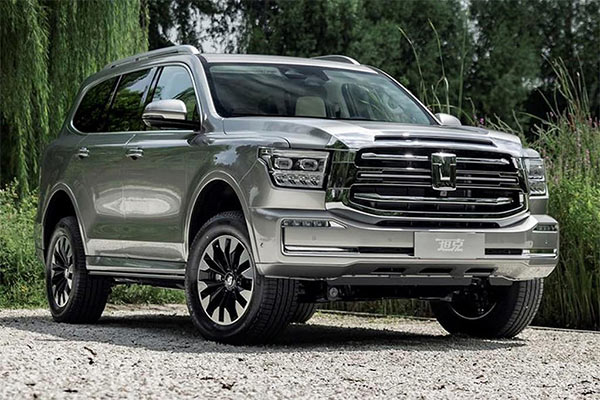 Its models includes the Toyota Land Cruiser-sized Tank 500 and a 700 Sports Utility Vehicle.

They will join the mid-sized Tank 300 in the local line-up while the Toyota Prado-sized Tank 400 is also likely to be on the list.

Great Wall Motor (GWM), one of China’s largest auto manufacturers, has confirmed the plan to launch 4×4 Tank brand and an electric car brand ORA in Australia in 2022.

This was stated via a document on its global website, which also lauds its 2021 sales performance in Australia and New Zealand.

The announcement has since been confirmed locally by Haval/GWM Australia marketing chief Steve Maciver, who told carsales :

“Yes, Tank and ORA will be coming to Australia in 2022 and we are currently working with the factory on details of line-up and specifications.

“We won’t have any more to say until mid-January at the earliest,” he said.

While specific models were not detailed, GWM confirmed in its statement both “fuel” and hybrid versions of the ladder-frame Tank line-up would be launched.

That suggests the new Toyota Land Cruiser-sized Tank 500 and/or 700 should join the mid-sized Tank 300 in the local line-up. The Toyota Prado-sized Tank 400 is also likely to be on the list.

The Tank range is currently completed by the luxury 800 model, also newly released in 2021.

GWM did not detail which ORA models would be coming to Australia, but a photo of the Cat compact hatch was contained within the document.

A hybrid Haval Jolion is now also confirmed to arrive in 2022, alongside the already confirmed Haval H6 hybrid.

The arrival of the Tank brand had been widely anticipated following mid-year media tests of the Tank 300 and multiple local trademark filings in November.

“The domestically popular “Tank series” will be officially launched in Australia next year,” the GWM document confirmed.

“In order to bring diversified choices to consumers, the fuel version and hybrid version of the Tank series will be launched at the same time.

“Tank hybrid series have both strong power and fuel economy, truly achieving a good balance of the two advantages, and will be the only off-road model equipped with the hybrid power system in the Australian market.”

The ORA EV brand launched internationally at last September’s Munich IAA and will go on sale in right-hand drive markets, including Australia and UK, in 2022.