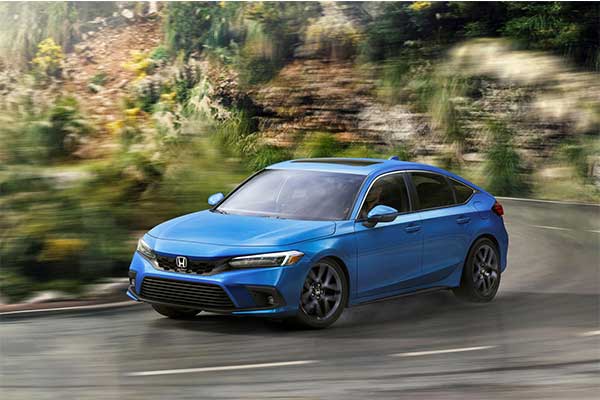 The 2022 Honda Civic hatchback is joining its sedan sibling in unveiled glory. And unsurprisingly, it mostly looks like the sedan, at least until you get to the rear. But besides the different rear-end treatment, the Civic hatch boasts a manual transmission, making it the enthusiast’s choice, at least until the Si and Type R are launched.

The model unsurprisingly follows in the footsteps of the redesigned sedan and adopts a more mature, if boring, design. Of course, it’s not an exact copy as the hatchback is distinguished by an angular liftgate and a unique rear end with an integrated spoiler. The five-door model also features sleeker taillights, which are connected by a thin strip that follows the contours of the spoiler. 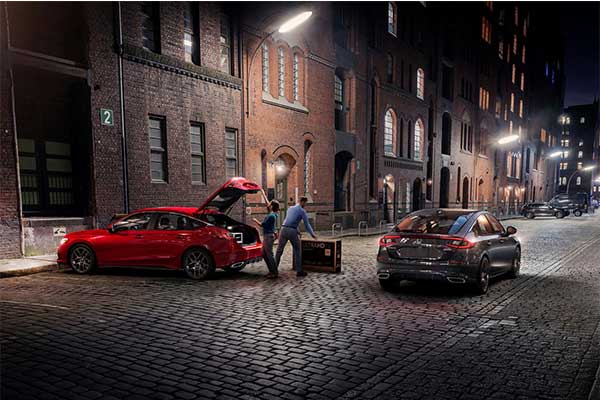 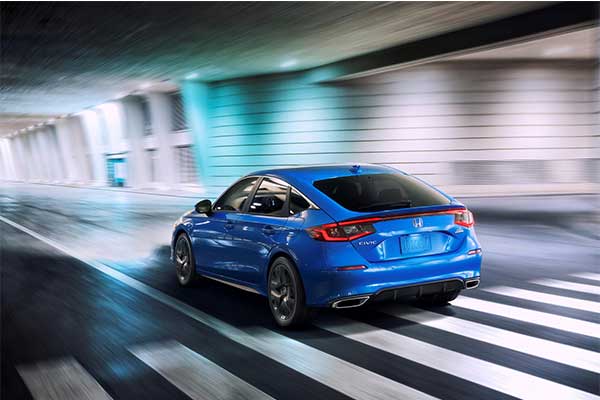 Inside the cabin, the hatchback looks the same as the sedan. The LX, Sport, and EX-L trims receive a new seven-inch LCD instrument display with a digital speedometer/tachometer on the left and physical dials on the right. Upgrading to the Sport Touring model replaces this setup with an all-digital 10.2-inch display. Those lower trim levels all use a smaller seven-inch touchscreen with Apple CarPlay and Android Auto, while the Sport Touring gains wireless phone mirroring on a larger nine-inch screen plus Qi wireless charging. Sport Touring trims pair the upgraded infotainment system with a premium 12-speaker Bose audio system.

Unlike the sedan, you’ll be able to order the Civic Hatchback with a six-speed manual gearbox. It’ll be available on the Civic Sport trim with a 2.0-litre naturally aspirated four-cylinder that makes 158 horsepower (118 kilowatts) and 138 pound-feet (187 Newton-meters). The three-pedal layout will also be a choice on the 1.5-litre turbocharged four-cylinder making 180 hp (134 kW) and 177 lb-ft (240 Nm). A CVT gearbox will be optional and Honda says they tuned the suspension of the Civic hatchback to be sportier than the sedan. 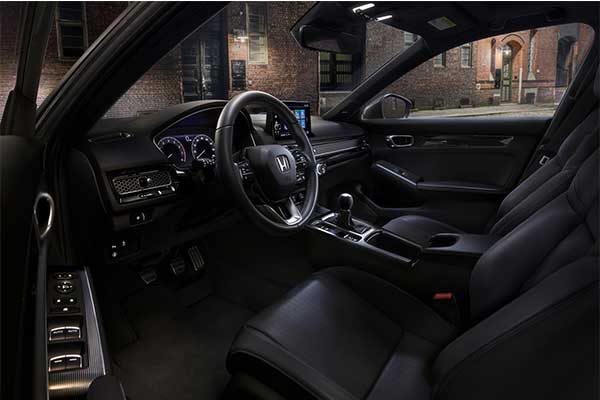 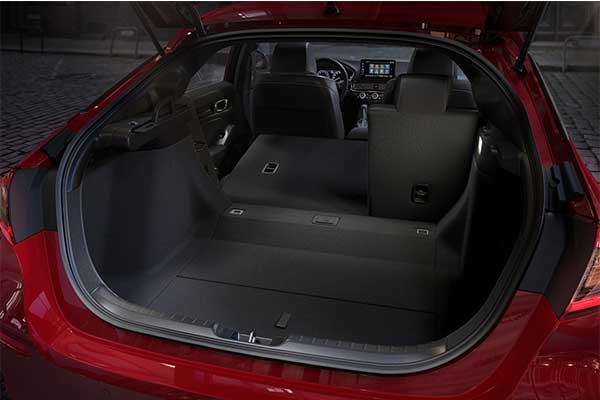