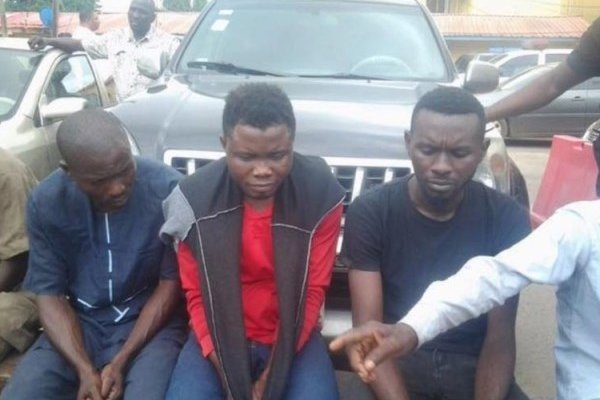 A man that was reported to have sold his employer’s Toyota Prado has been caught. He was arrested by the Lagos state Police command.

According to NAN the man named Mayowa Ogunmola had been declared wanted by FSARS after his employer, Femi Mayaki, a resident of Wiliam Care Street, Anthony Village, Lagos, on July 18, petitioned the Commissioner of Police Lagos State that Ogunmola had been missing with his Toyota Prado Land Cruiser Jeep containing personal documents.

The suspect who works as a House boy was arrested while living lavishly at Ikorodu, Lagos.

He confessed to selling the Jeep worth N10m for as low as N50k, thereafter he took detectives to Ijeba-Ota, Ogun State where he claimed he gave the stolen car to one Femi Ayoade whom he asked to get a buyer for it.

He, together with the marketer and the buyer were arrested and are now in Police custody.

Man Celebrates As He Survived A Ghastly Motor Accident