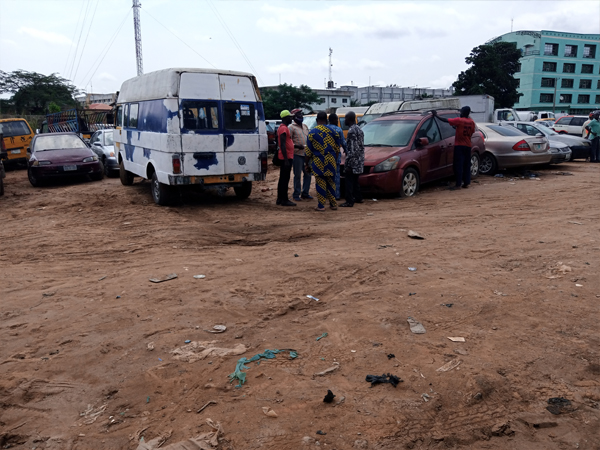 A special team set up by the Lagos State Ministry of Transportation (MOT) to remove abandoned vehicles is enmeshed in allegations bordering on brutality and extortion of motorists in the metropolis.

According to The Nation findings, the team is led by one Sesan. They operate from a ramshackle yard on ASSBIFI Road inside the Central Business District (CBD) in Alausa, Ikeja.

The yard is opposite the popular Elephant Building. There impounded trucks and vehicles are parked by the squad. The vehicles’ tyres are deflated until their owners allegedly settle with cash, following which the vehicles are released.

At the yard, our correspondent, who visited the place during the week, sighted some trucks. They were apparently impounded by the controversial squad. One of their towing vehicles stationed close to the trucks on ASSBIFI Road.

Inside the yard were some officials of the MOT seated under some canopies used by recharge card sellers and traders. One of the men was sighted discussing how some owners of the trucks. They had abandoned them because they didn’t have the money to pay. 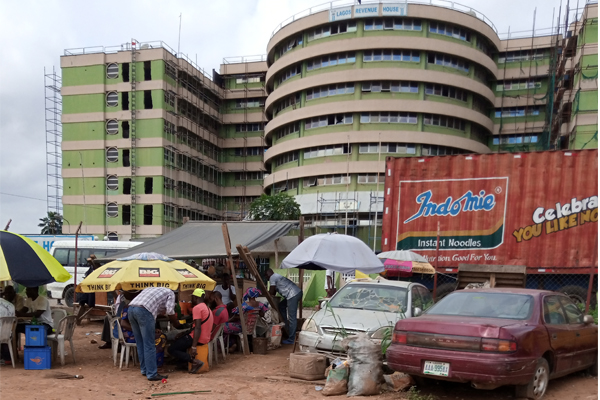 A source, who spoke in confidence for fear of being hunted, narrated how his truck was recently impounded. He also revealed how his driver assaulted.

He said: “Sesan is the leader of the enforcement gang.  The man has two immediate bosses, one of which is called Edu. However, Sesan is very stubborn and rarely defers to him. He does not listen to his two bosses.

“I have had to secure the release of my vehicle impounded at their yard. This was after my driver was beaten up by the team. They are messing up big time. The money is not receipted for. They collected mine under a canopy opposite the Elephant Building on ASSBIFI Road, CBD, Alausa, Ikeja.”

The ministry, however, said it was not aware of the illegal enforcement carried out by the special team.

In a telephone conversation with our correspondent, the Head of Public Affairs Department in the ministry, Mrs Bola Ogunlola, explained that the Special Committee on Abandoned Vehicles lacked the mandate to carry out enforcement at odd hours.

She said the committee is empowered to evacuate abandoned vehicles. Such vehicles include trucks or articulated vehicles. But that is only after the expiration of a warning duly served on the owners of such vehicles.  Or pasted on the vehicle within a week or two.

She said the MOT was not aware that some members of the committee had been conducting themselves unlawfully outside their mandate.

Ogunlola said: “Yes, we have a Special Committee on Removal of Abandoned Vehicles, but a notice would have been served on either the vehicle owners or pasted on the vehicles, including trucks, if the owner could not be located.

“It is only after the expiration of the notice, which could be one or two weeks that the Committee could carry out any enforcement or evacuation.

“Even at that, they are only expected to carry out any enforcement in broad daylight, not at odd hours. They also are not given the right to brutalise drivers of such vehicles. 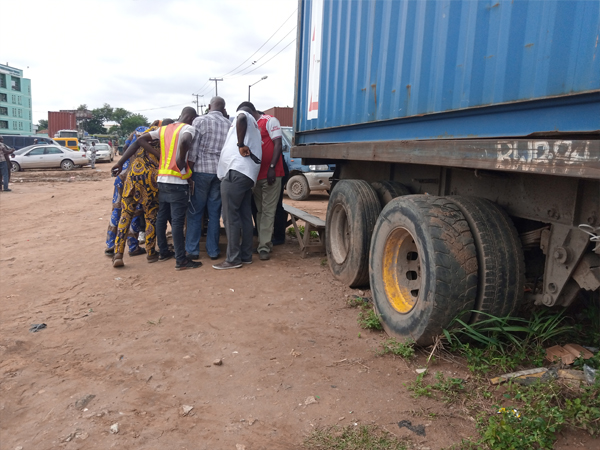 She urged those who have complainants against the activities or actions of the Committee to forward their grievances to the ministry. They were assured that such complaints would receive immediate attention.

“Tell the victims or complainants to formally lodge their complaints via a letter to the ministry. Their grievances would be seriously looked into”, she said.

“As for the extortion allegations, no one is permitted to engage in cash transaction on behalf of the ministry. The Committee has no operational office outside of the ministry’s office here in Alausa. Any yard or office being used to attend to truckers or extort them is unknown to the ministry.”

Excerpt from a report by The Nations