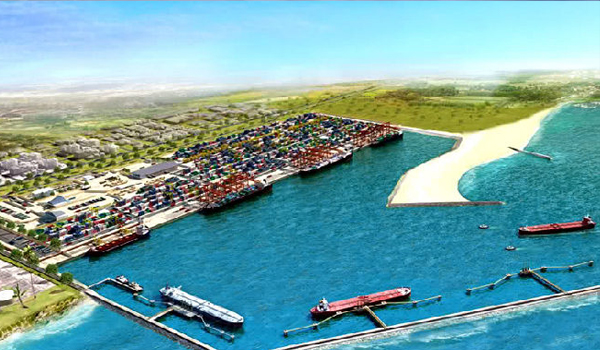 THE Ibom deep seaport located in Ibaka, Mbo local council of AkwaIbom State would save Nigeria approximately $70 million that would belost to illegal fishing by the Chinese and European trawlers in Nigeria’s territorial waters.

Disclosing this in Uyo at the recentlt concluded Maritime Business and International Trade sensitization forum  weekend,  the Akwa Ibom State Director of National Orientation Agency (NOA), Mr. Enoh Uyoh said that Ibom Deep seaport project is critical to the security and economic well being of the country the location of the port should be of importance.

He said that Nigeria currently losses about $70million to illegal fishing annually that is mostly perpetrated by foreigners in the nation’s territorial and coastal waters.

He said: “Nigeria loses approximately $70 million to illegal fishing by the Chinese and European trawlers in our territorial waters.The citing of Ibom Deep Seaport at Ibaka in Mbo Local Government will, to a large extent, provide the much-needed security in the region as much attention will be paid to the security of vessels, and maritime activities by local fishermen will receive a boost.”

“Maritime trade has played a key role in Nigeria’s economic development. It accounts for about 95 per cent of the vehicular means of Nigeria’s International Trade.”

Uyoh opined that the seaport when operational would provide job opportunities to indigenes and called on the host communities to do everything in their power for business to thrive in the area for their benefit and that of the state, and of the nation at large.

Similarly In a related development, the Chairman, Technical Committee on Ibom Deep Seaport Actualization and Development and former Director General of Nigerian Maritime Administration and Safety Agency, NIMASA, Barr. Mrs Mfon Usoro has also that the Federal Government decided the seaside location based on recommendations by the consultants, Maritime & Transport Business Solutions (MTBS) in its Outline Business Case (OBC).

Mrs. Usoro, the immediate-past Secretary General of the Abuja Memorandum of Understanding on Port State Control for West and Central African Region stressed that all evidence confirm that the Federal Government located the deep seaport in Ibom based on the fact that approval for location and construction of deep seaports is constitutionally the exclusive preserve of the Federal Government of Nigeria.

She recalled that the Federal Executive Council (FEC) approved the OBC and Commencement of Procurement Phase of Ibom deep seaport in May 2015. This was based on the presentation of the Outline Business Case to FEC by the then Minister of Transportation upon recommendation by the Ministerial Project Development Steering Committee (MPDSC).