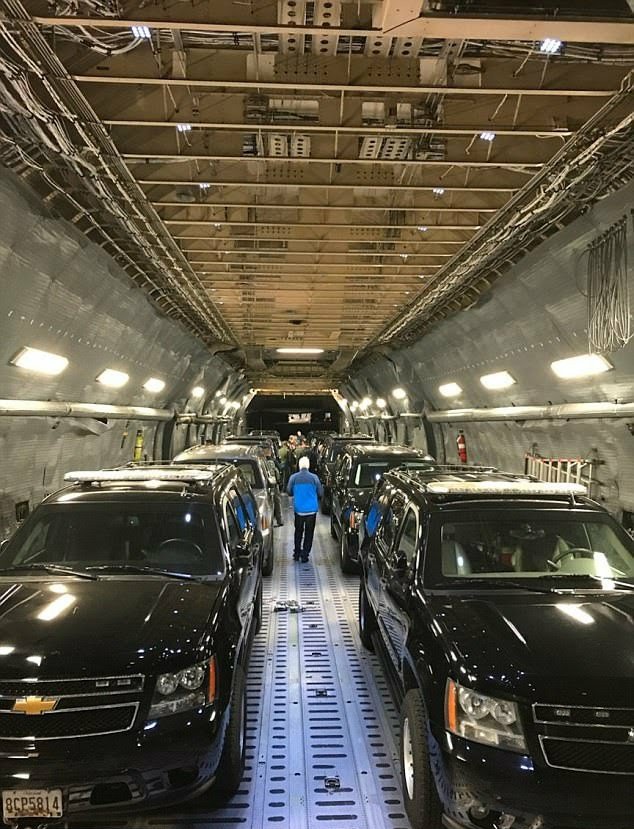 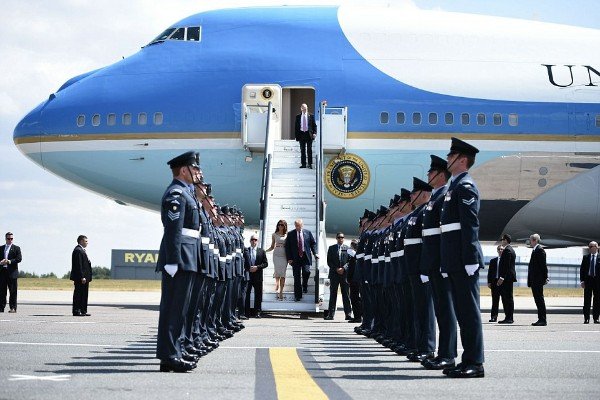 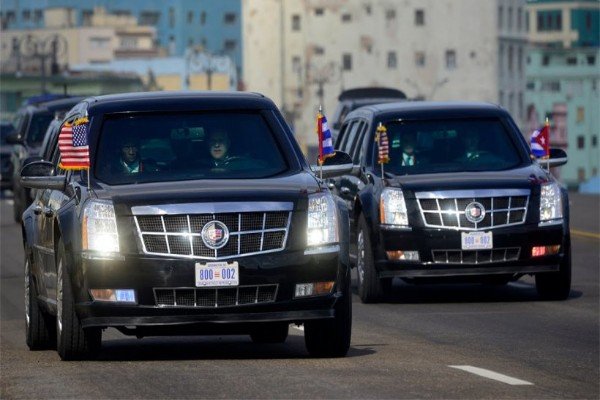 When the President of the United States travels abroad ,monster military cargo planes like the bigger C-5 Galaxy and the C-17 Globemaster lll also fly along with the Air Force One to bring the presidential motorcades. 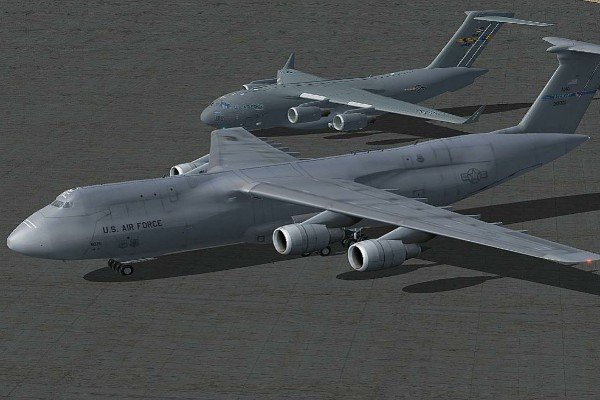 During his Official visit to the UK on Thursday, two C5 Galaxy Air Force cargo planes delivered part of the Presidential Motorcades and military helicopters such as Marine One and Osprey helicopters at Prestwick Airport. 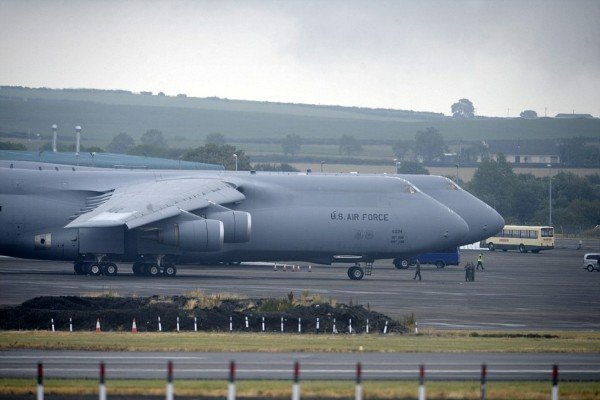 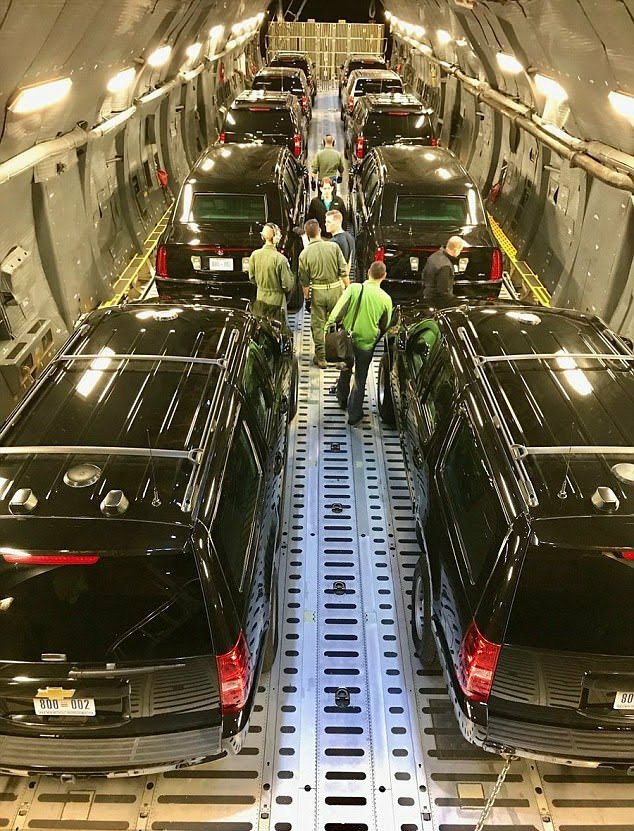 One of the Limo’s carries the President while the other act as a backup and decoy. The one with the president is referred to as the “Stagecoach” and the other as the backup as “Spare“.

TIPS: 3 Signs Or Symptoms Of A Failing Or Bad Wheel Bearings