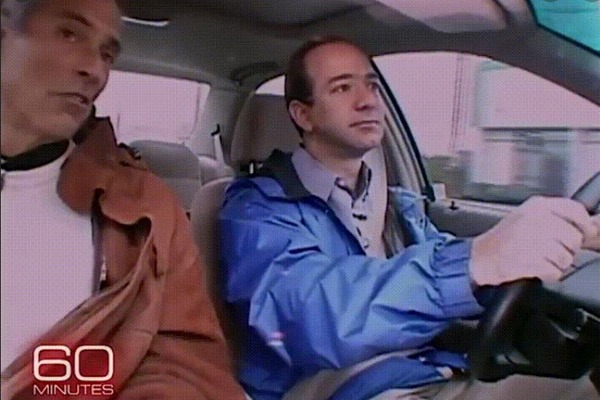 In 1994, a 30-year-old, newly married Jeff Bezos quit his Wall Street job. He then founded Amazon. The company’s business was simple. It sold books.

Three years later, in 1997, Amazon went public and Bezos’ wealth catapulted to over $12 billion, according to Bloomberg. Despite the huge windfall, nothing betrayed his new billionaire status.

For instance, Bezos swapped his 1987 Chevy Blazer for a modest replacement — a Honda Accord.

A video of an interview that CBS’s Bob Simon did of Bezos in 1999 for “60 Minutes,” recently resurfaced. In the video, Bezos could be seen sporting khakis, a button-down and driving the Accord.

“What’s with the Honda?” Simon asks Bezos during the interview.

After a laugh, Bezos, responds, “This is a perfectly good car.”

Note that, at that point in time in 1999, according to The New York Times, Jeff Bezos owned roughly $10 billion in Amazon stock.

Jeff Bezos is the current richest man in the world. He is worth about $146 billion, according to Forbes.

But why so frugal?

“When we opened our doors, we had 10 employees,” the CEO of Amazon tells technology blog GeekWire. “I was driving the packages to the post office myself in my 1987 Chevy Blazer and dreaming one day that we might have a forklift.”

By 2004, Amazon employees were still using door desks, notes Fast Company. And in 2013, Bezos was still driving a Honda, though a slightly bigger model, according to Brad Stone’s book, “The Everything Store.” 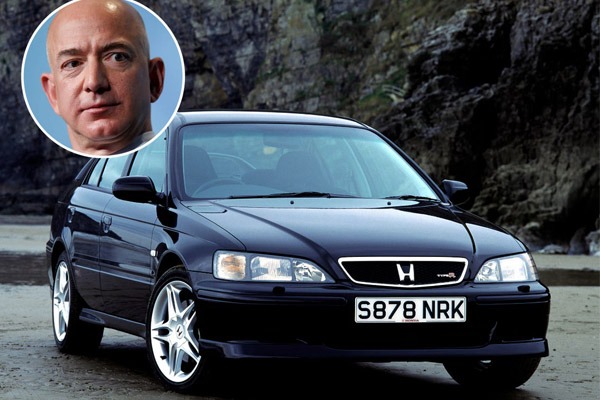 Bezos has some bigger extravagances, like multiple homes, a private jet and Blue Origin.

Yet “frugality” remains one of Amazon’s core principles and the company sticks by Bezos’ early mentality. Amazon even gives out an accolade called the “Door Desk Award” to employees who come up with ideas that save money.

According to Amazon: “Constraints breed resourcefulness, self-sufficiency and invention. 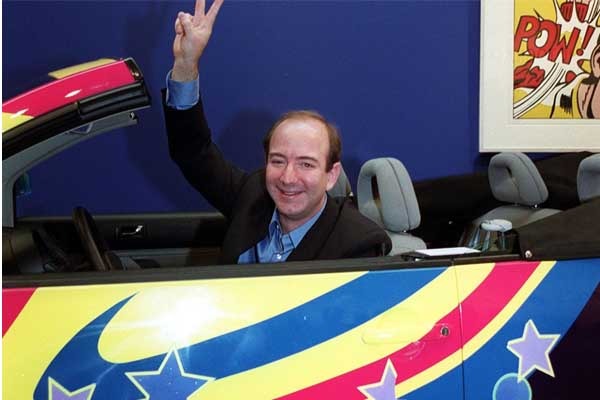 The Amazon founder in a customized 1998 Volkswagen Beetle from the movie “Austin Powers: The Spy Who Shagged Me” at Sotheby’s in 1999.