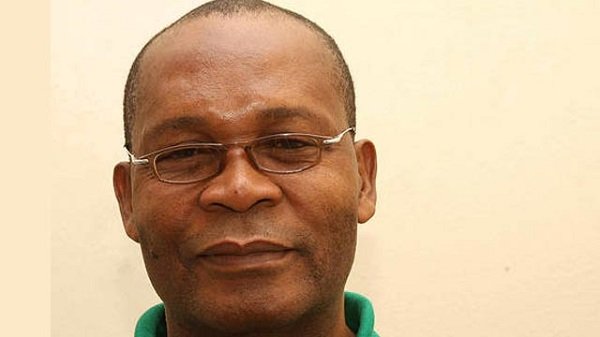 Joe Igbokwe is the Publicity Secretary of the All Progressive Congress in Lagos State. Mr Joe Igbokwe on Wednesday said that bike-hailing is not sustainable in Lagos state which is densely populated.

He’s of the opinion that the funding channeled into bike-hailing should have been pumped into Bus Rapid Transit operated by Lagos State government. He added that investing in “okada business” will jeopardise Lagos State multi-bilion naira mass transit investment.

“Instead of partnering with govt on BRT, you invested “5.3 million dollars” in okada business and expect that Lagos state will allow you jeopardise its multi-billion naira mass transit investments,” Igbokwe said in a Facebook post.

He went further to say ” Call it ‘bike-hailing start up’ or whatever, okada na okada… it is not sustainable in a city of high density population Lagos.” 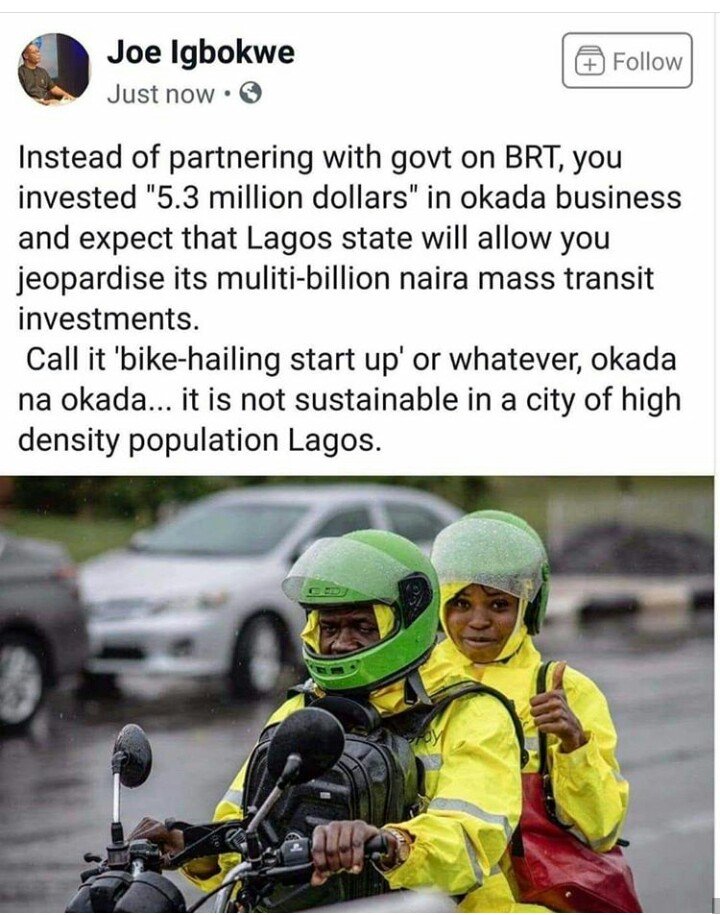 Gridlock in Lagos state is a very common thing and has been seen by many as a way of life in the state. This could be so due to the fact that Lagos state is the second most-populated state in Nigeria and has over 12 million residents in its commercial capital.

The state has over 5 million vehicles plying its road and other factors that lead to serious traffic congestion. Commercial motorcycles have proven to be one of the easiest escape routes from traffic jams for residents.

What do you think? Let’s hear from you in the comment section.

Related Topics:apcbike-hailingBRTInvestmentjoe-igbokwelagos state
Up Next

See How A Motorcade Was Used To Campaign For BBN Contestant, Omatshola, In Warri (VIDEO)