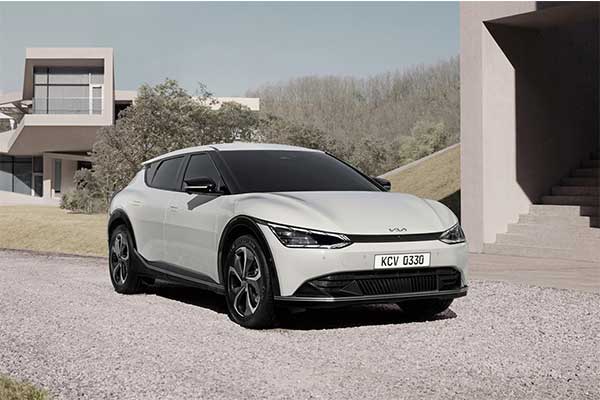 Kia has just released the first official photos of its all-electric EV6, its first dedicated battery electric vehicle. The car will celebrate its official premiere later this month and while technical specifications are still under wraps. These images showcase the EV6’s striking design in detail. The EV6 is based on the Hyundai Ioniq 5 although both cars look completely different.

The Hyundai’s angular styling has been replaced with curvier and more sensual styling language Kia calls “Opposites United”. Notice the absence of the signature “tiger nose” grille? Well, this is a new design language as Kia says it’ll inspire all future vehicles. In fact, the carmaker says its new philosophy provides a “new visual identity… with contrasting combinations of sharp stylistic elements and sculptural shapes”. According to Kia, the new design language is based on five design pillars: Bold for nature, Joy for reason, Power to progress, Technology for life, and Tension for serenity. 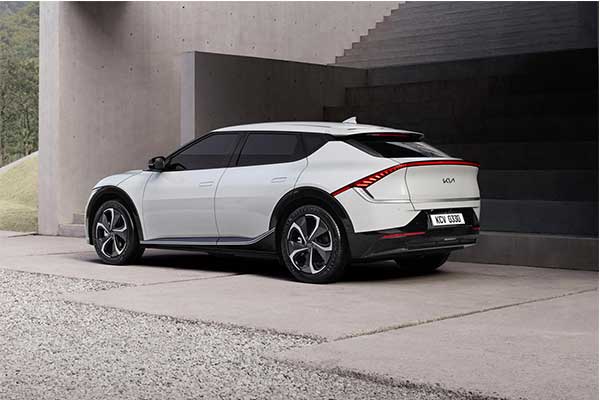 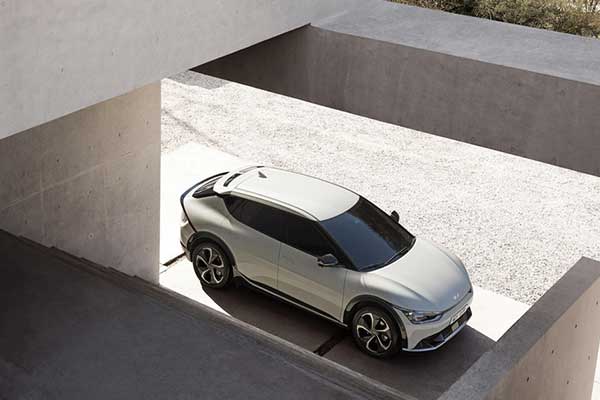 The cabin of the EV6 has been revealed as well, to which the automaker boasts “an innovative use of space”. The most notable interior element would be the curved screen atop the dashboard that spans from the driver’s instrument up to the centre. The steering wheel is two-spoke, which now bears the revamped Kia logo. HVAC controls positioned below the huge screen are said to be using haptic buttons.

The Kia EV6 will be officially launched later this month and since it’s based on the Hyundai Ioniq 5 we expect the same power output. That means single- and dual-motors options, and rear- and all-wheel-drive good for 215 horsepower or 302 hp, respectively. 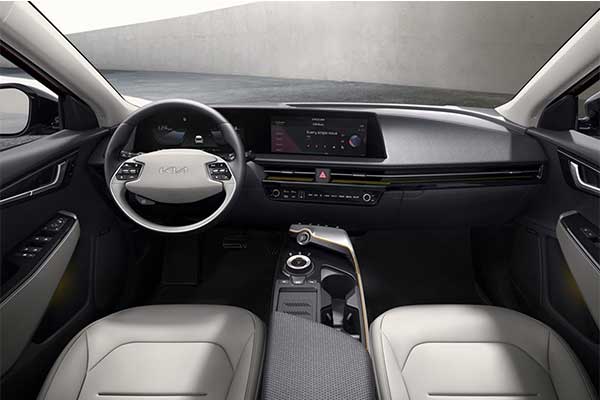 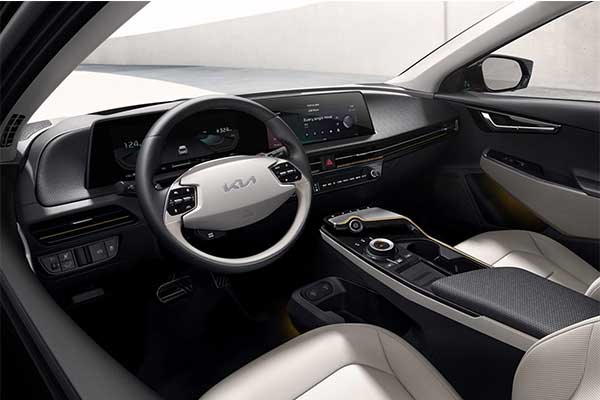