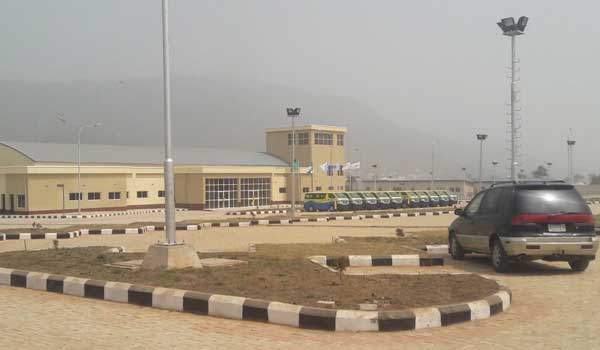 The terminal is expected to handle daily traffic of over 500 vehicles loading and discharging passengers. This was disclosed by the commissioner for Information and Communication, Kingsley Fanwo. He made this known while on the spot assessment and to ascertain the level of readiness of the edifice for its take-off.

The commissioner noted that the mega terminal was started by the past administration of Captain Idris Wada. However, it was completed by the present administration. He stressed that putting it into use will significantly solve the intractable transport management problems in the state.

He explained that the present government in its wisdom considered government as a continuum. Therefore, it decided to complete the edifice to ensure smooth take of the park. The project is expected to reduce the accidents occasioned by indiscriminate parking of vehicles along the expressway within the city. Kogi Bus Mega Terminal

Fanwo explained that Kogi state happened to be in the centre of the country. It provides thoroughfares to commuters and passengers from the Northern to Southern states. Therefore, it deserves a standard motor terminal.

“By the take-off of the mega terminal, all operators of mini-parks within the Lokoja- metropolis have been advised to relocate to the new mega Terminal to avoid collision with law enforcement agencies.

He advised commuters, passengers, transport owners to patronise it as it has been designated the only legal terminal for boarding and discharging passengers in the state. The Commissioner for Transportation, Baron Okwoli warned commuters to key into the new arrangement as failure to comply would be an offence after the inauguration. “This mega-park is to provide a conducive environment where you can express yourself maximally, other things that will add value to travellers comfort have been provided.” The Special Adviser to the state governor, Mr Jerry Omodara assured users of the Security arrangement already put in place to guarantee the safety and protection of lives and property of the people. While encouraging the small business owners to patronise the terminal, the Commissioner for Commerce and Industry Gabriel Olofu said the government is ready to assist them with soft loans to enable them to grow their businesses.